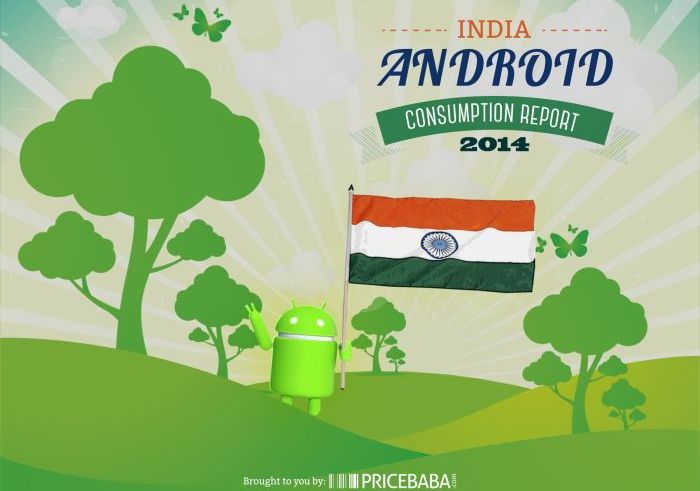 The introduction of Android OS in the market has done wonders for the people. Tapping the huge potential of the Indian Smartphone market, Google precisely timed the introduction of Android and as a result, the OS penetrated the market so fast that it challenged the likes of Finnish mobile manufacturing giant, Nokia and ironically helped Korean manufacturer, Samsung once again turn out to be the company with the largest market share in India. Chinese companies have also made big bucks these year with sales reaching new levels.

India had only 2 Mn mobile internet users in 2009 which crossed 100 Mn mark this year. The growth in mobile user base in the last few months has also led companies like Freecharge to shift their product strategies from being Mobile-first to Mobile-only which experts believe is an indication of the growth witnessed in mobile transactions.

What is surprising is that although the Windows Phone platform has also shown good download numbers, but still it lags behind in usage and transaction volumes.

In today’s scenario, almost every other day, some company is launching their android product in the Indian market. Although, the prices of smart phones have come down but the number of features have shot up. Android phones, being a complete success, have posed stiff challenge for all other mobile phone OS. This year alone, more than 60 Mn android phones were sold.

So, here’s this year’s India Android Consumption Report compiled by Pricebaba.com, consolidated by data gathering data some of India’s most famous apps from 33 Mn app downloads. 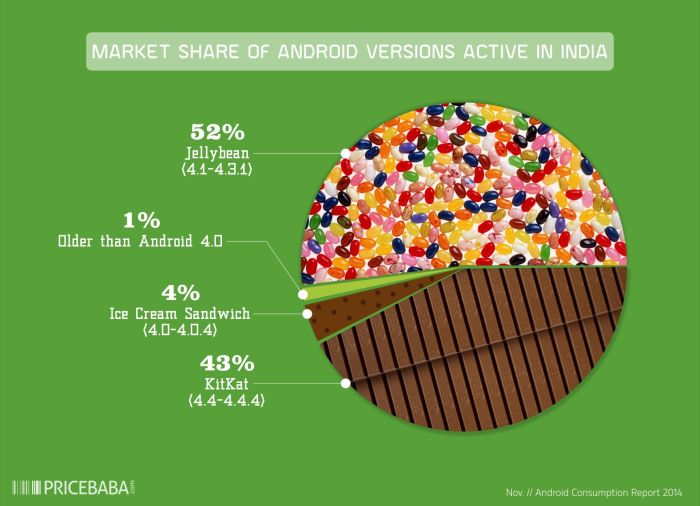 The survey also indicated the most popular Android phones: Speaking to Inc42, Annkur P Agarwal, CEO, PriceBaba.com said “We have been seeing tremendous uptake from mobile at PriceBaba. 57% of our 4 Mn monthly users come from mobile web and that is a natural indication that Apps is crucial. I believe that India is a unique mobile market since we are booming at just the right time when smartphones are affordable and powerful enough for commerce.”