After KTR, Indian Ministers Line Up To Woo Elon Musk To Set Up Tesla In Their States

After KTR, Indian Ministers Line Up To Woo Elon Musk To Set Up Tesla In Their States 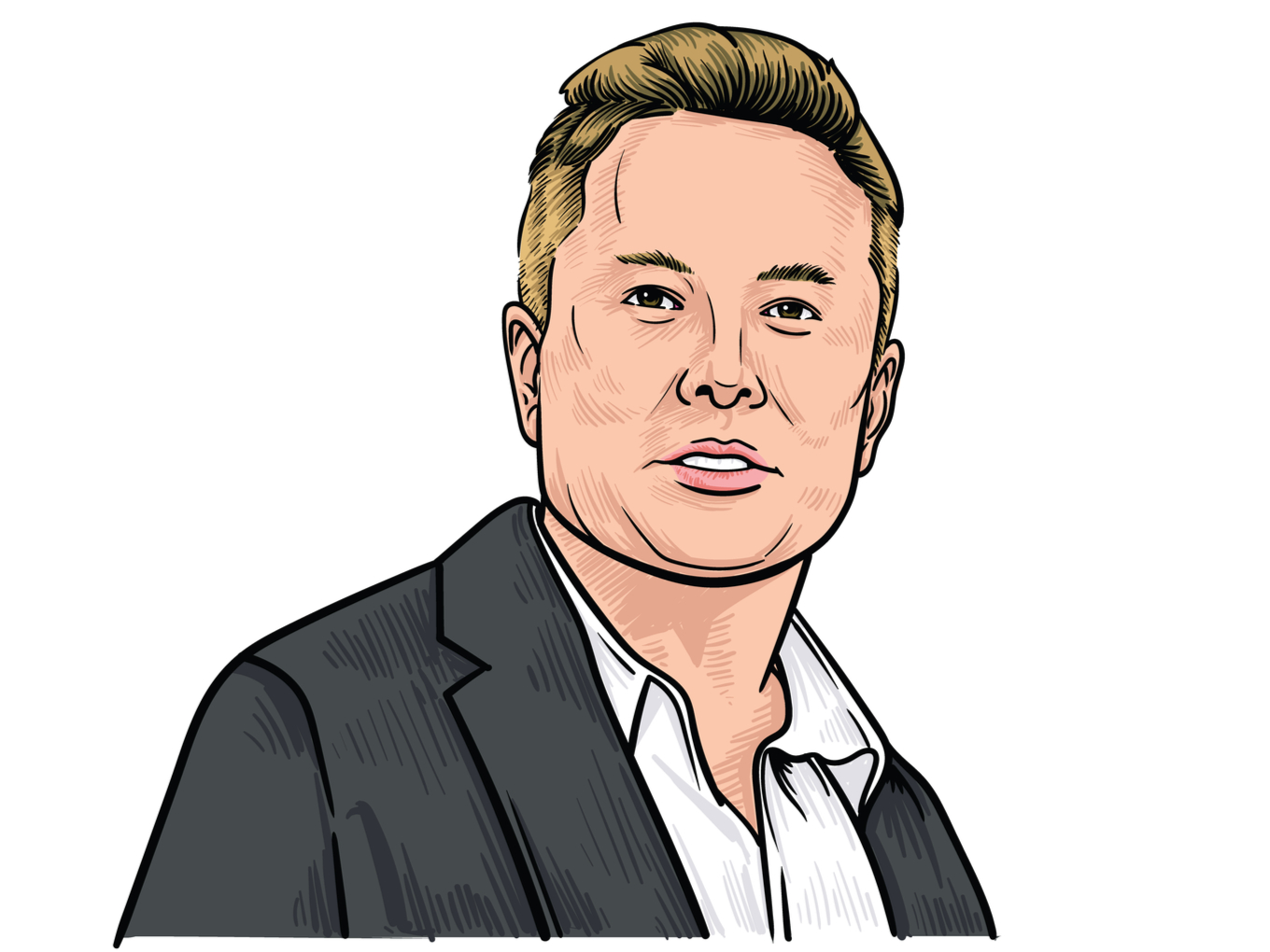 Elon Musk’s recent tweet saying challenges with the government are stopping the launch of electric car marque in India received a few responses from ministers of Indian states. Ministers from Telangana, Punjab, West Bengal, and Maharashtra have invited the Tesla founder to set up a plant in their states.

“Still working through a lot of challenges” replied Musk on Twitter to an Indian fan who asked him about his company’s plans to release its products in India. While another erratic Musk tweet does not merit a story by itself, the interesting part happened later. As four cabinet ministers from four different states in the country invited the industrialists to build a plant in their states.

Telangana cabinet minister K.T. Rama Rao, popularly known by his initials KTR, kicked off the deluge of Indian state ministers on Musk’s Twitter when he tweeted (QT) the latter the next day and said, “Hey Elon, I am the Industry & Commerce Minister of Telangana state in India. Will be happy to partner Tesla in working through the challenges to set shop in India/Telangana,”. 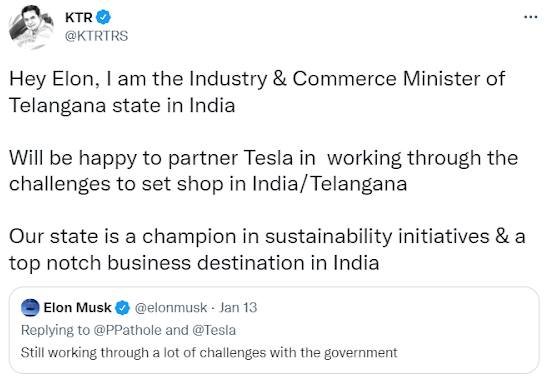 Md. Ghulam Rabbani who currency serves as the cabinet minister of state for Minority Affairs & Madrasah Education in West Bengal made it a movement when he quoted asking Musk to come to West Bengal, saying, “Drop here, we in West Bengal have best infra & our leader Mamata Banerjee has got the vision,”. Mamata Banerjee is the chief minister of Bengal and the first woman to serve in that role. When she first became chief minister in 2011, one of her first decisions was returning 400 acres of land to farmers in Singur.

The land was set aside for Tata Motors to build a plant where they could manufacture the $2,500 Tata Nano, the cheapest production vehicle in the world at the time. The acquisition of land for this purpose was mired in controversy as many farmers where displaced to build the factory.

Another day later, cabinet minister of the Maharashtra Water Resources Department, Jayant Patil joined the gravy train by QTing Musk and said, “Maharashtra is one of the most progressive states in India. We will provide you all the necessary help from Maharashtra for you to get established in India. We invite you to establish your manufacturing plant in Maharashtra,”. State legislative assembly elections are scheduled to be held in Punjab between the 14th of February and the tenth of March. Sidhu was considered one of the frontrunners for the title of Chief Minister.

Established And Emerging Destinations For Automobile And Automobile Components Manufacturing

While it would hardly be possible to map out the best potential locations for Tesla to start manufacturing in India (if that ever happens), we can look at some of the already established emerging regions in the sector.

Invest India’s pan-India analysis has revealed the Pune-Aurangabad corridor in Maharashtra where Fiat, GM, Volkswagen, Mercedes-Benz, Tata Motors, Bajaj Auto, JLR, Mahindra & Mahindra and others are already manufacturing or assembling their cars there.

Maharashtra accounts for about 35% of India’s automobiles output by value and the corridor in question provides excellent sea connectivity through the Mumbai port and the Jawaharlal Nehru Port in Navi Mumbai, as well as road connectivity through major national and state highways including NH48 (Delhi-Chennai), NH65 (Pune-Machlipatnam) and the proposed Samruddhi Corridor.

This region, sometimes nicknamed as ‘the Detroit of India’ also provides excellent sea and land connectivity through Chennai, Ennore, Kattupalli and Krishnapatnam ports and national highways 48, 32 and 16.

Sanand-Mandal-Bechraji in Gujarat and Bengaluru-Bidadi, Karnataka and Hosur, Tamil Nadu are considered emerging automobile and parts manufacturing regions by Invest India. Karnataka is also the first state in the country to roll out an electric vehicle and energy storage policy.