Facebook had only catered to approximately 60% of the requests made

The number of user data requests from the Indian government to Facebook increased by 28% during the six month period from July to December 2019 at 26,698 queries for data of 39,664 users— the second highest globally, according to the latest Transparency Report by the US-based social media network.

Out of the total 26K requests, 93.4% or 24.9K were made through legal processes accounting. Meanwhile, 6.6% or 1.8K were emergency requests. The report also highlighted that Facebook had produced some sort of data in almost 57.% of the cases.

In specifications, Facebook catered to over 49% of the emergency request and over 58% of the request made through legal processes. Overall, the Indian government made 49,382 such requests for the data of 72,988 users all through 2019.

US, on the other hand, has issued over 51,121 requests for 82,321 users/accounts, making it to the top of the list. US and India were followed by the UK, Germany and France, who had made somewhere between 7K to 8K requests in total. 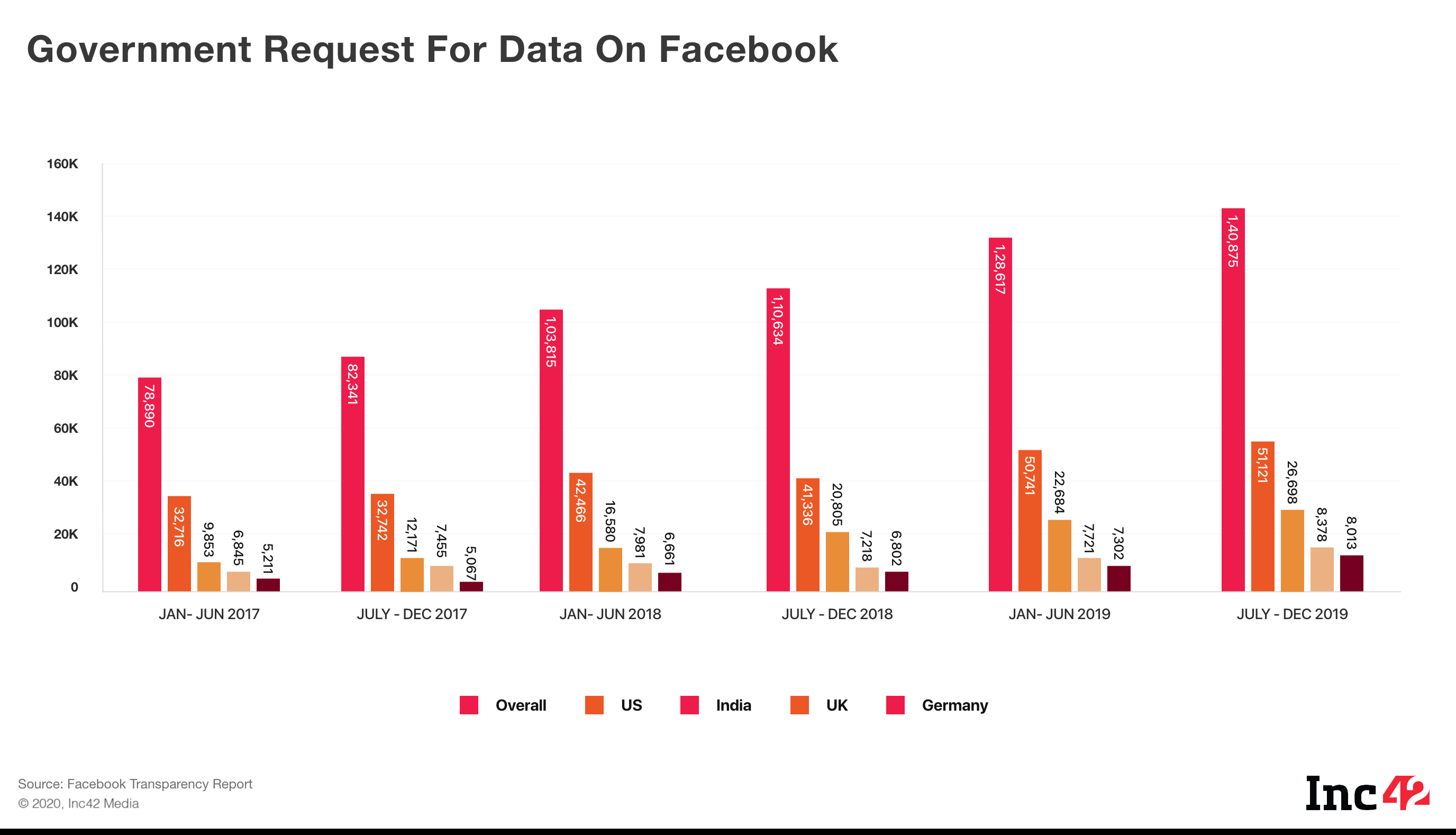 “As always, we scrutinise every government request we receive to make sure it is legally valid, no matter which government makes the request. If a request appears deficient or overly broad, we push back, and will fight in court, if necessary. We do not provide governments with “back doors” to people’s information,” the report read.

The report also suggests that India has faced over 40 incidents of internet disruptions between July – December 2019, which lasted up to 36 weeks, 6 days and 9 hours. Of which, Kashmir made the most of it with 21 weeks, 1 day and 20 hours of disruptions, followed by Assam, Meghalaya, cities of Muzzaffarnagar and Saharanpur in UP with close to 1 week of internet blackout in the second half of 2019.