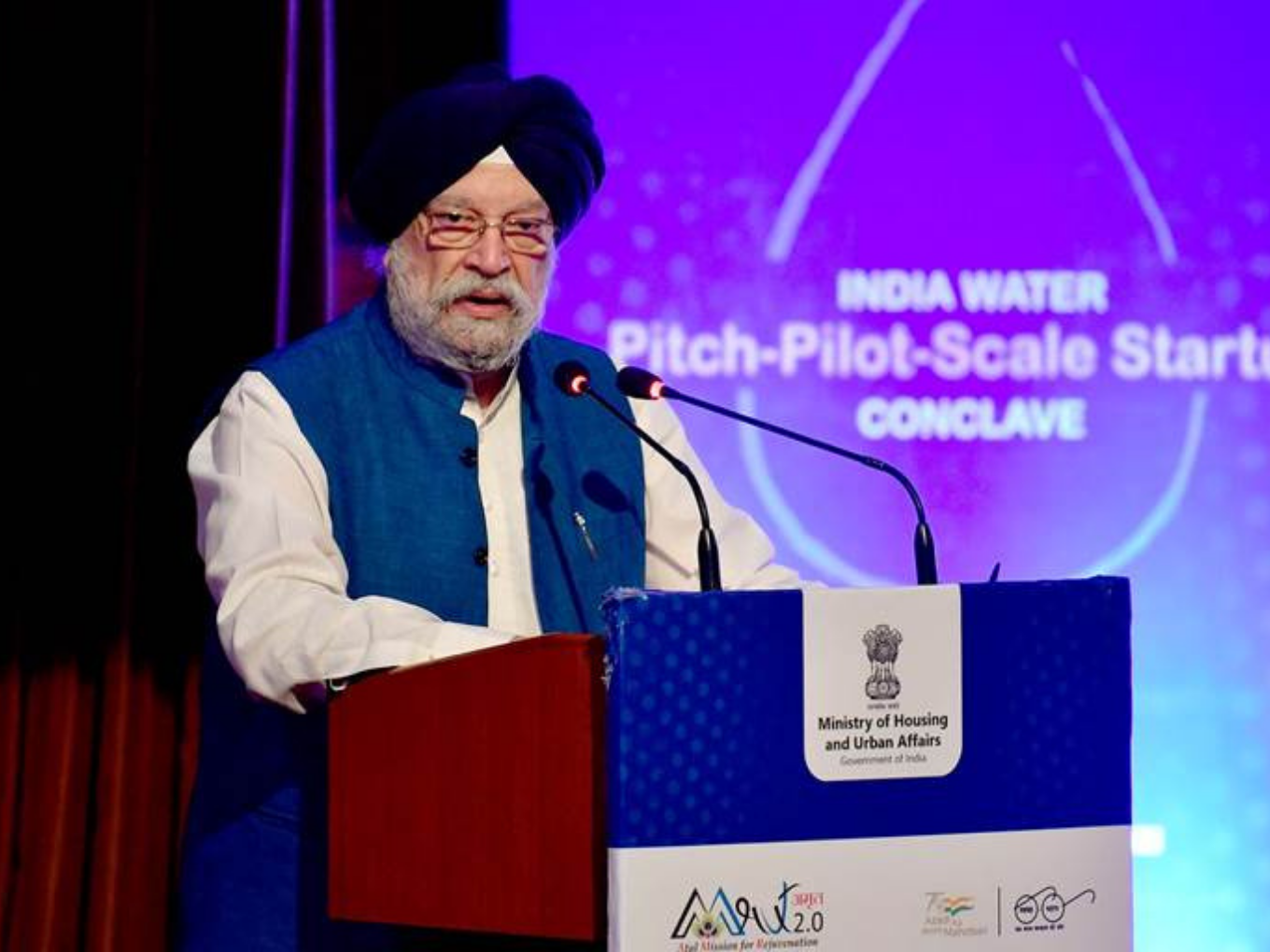 Called the 'India WaterPitch-Pilot-Scale Startup Challenge', the initiative has been launched AMRUT 2.0

The selected startups will get a grant of INR 20 Lakhs, funding support and mentorship

For the success of the Mission, startups will have to play a meaningful role by bringing in innovative ideas and technology: Puri

Union Minister Hardeep Singh Puri on March 12 launched a startup challenge that aims to empower as many as 100 startups in the water sector.

Called the ‘India WaterPitch-Pilot-Scale Startup Challenge’, the initiative is the brainchild of the Ministry Of Housing And Urban Affairs.

In a statement, the Ministry said that ‘the initiative aims at empowering startups in the water sector to grow through innovation and design that will drive sustainable economic growth and generate employment opportunities.’

The announcement was made at an event in New Delhi by Minister Puri under Atal Mission for Rejuvenation and Urban Transformation (AMRUT) 2.0.

Speaking at the event, Puri lauded homegrown startups and assured them full and active support from the Centre.

He also said, “Startups are the flavour of the season as the number of unicorns in the country has jumped by leaps and bounds.”

Puri further added that, ”The scheme will ensure water security in the country, reduce its transportation costs, reduce groundwater contamination, and increase water utilisation capacity. For the success of the Mission, startups will have to play a meaningful role – by bringing in innovative ideas, technology, novel delivery mechanisms, among other things.”.

The move holds importance as India faces a major water crisis. The issue is especially pronounced in rural areas where women have to travel kilometres just to fetch a pail of water, with many even left with no choice but to drink unclean water.

A 2019 report by NITI Aayog had warned that India was undergoing the worst water crisis in its history with nearly 600 Mn people facing extreme to high water stress. According to the report, India was placed at 120th among 122 countries in the water quality index, with nearly 70% of the country’s water being contaminated.

In times such as this, the need for innovative solutions becomes even more important.

Rising up to the situation, many Indian startups have created products that offer a ray of hope.