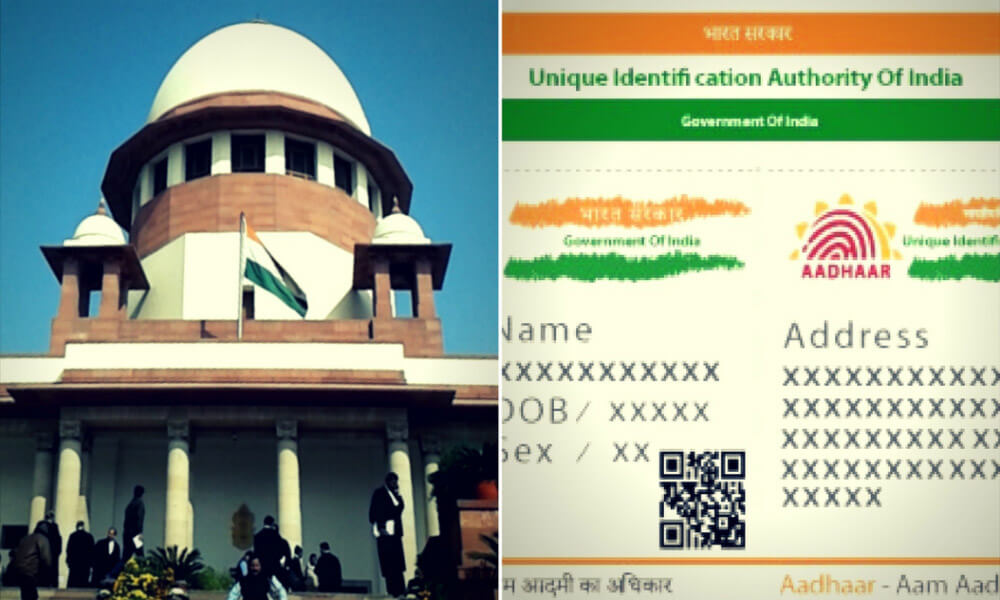 The deadline for mandatory linking of Aadhaar to avail various services and welfare schemes run by the Indian government may be further extended beyond March 31. As per an ET report, the Centre indicated in the Supreme Court today that since some more time would be needed to conclude the prolonged hearing in the Aadhaar case, the government may extend the deadline from March 31.

“We have extended the deadline in the past and we will extend the deadline again but we may do it by the end of the month to enable the petitioners in the case conclude the arguments,” Venugopal said.

The bench stated, “It is a very valid point raised by the Attorney General and the court would not allow repetitive arguments made by the petitioners’ counsel in the matter.”

Earlier senior advocate Shyam Divan, who had led the arguments challenging Aadhaar and its enabling Act, said that the deadline of March 31 would likely be extended as it was highly improbable that the hearing in the case challenging the constitutional validity of the Aadhaar Act will be concluded.

“The deadline for mandatory linking of Aadhaar with various services and welfare schemes is March 31. This will have all India ramification as various institution would have to adjust themselves accordingly,” Divan said.

Justice Chandrachud added that even if the court reserved its verdict on March 20, the banks and other institution would have only 10 days left, which might be difficult.

The bench then called the Attorney General for assistance in the matter.  At the end of the hearing then, Venugopal appeared before the bench and made the statement about the possibility of extension of the deadline.

The hearing will continue tomorrow.

It was on December 15 last year, that the Supreme Court had extended the deadline for mandatory linking of Aadhaar with various services and welfare schemes till March 31. In January this year, the constitutional bench consisting of five Supreme Court’s judges began the final hearing on a batch of petitions that challenge the citizen identity programme, on grounds that it violates an individual’s fundamental right to privacy.

Notably, the entire Aadhaar project has been a topical controversy, essentially on the grounds of data privacy concerns, alleged data breaches and leakages and denial of essential services for the want of Aadhaar. Opponents of the project, which has registered over 1.1 Bn enrollments so far, have also opposed against making Aadhaar mandatory for availing social security benefits and other services.

Interestingly, the Supreme Court had rejected a petition seeking an extension of deadline beyond March 31, 2018 for linking Aadhaar with a host of services like banking, mobile phones and schemes like post office deposits last month.

However with the Indian government indicating to the Supreme Court that there is a possibility of extension of the deadline, given that the hearing in the case itself might not conclude within that time, there might be some respite for Indian citizens.