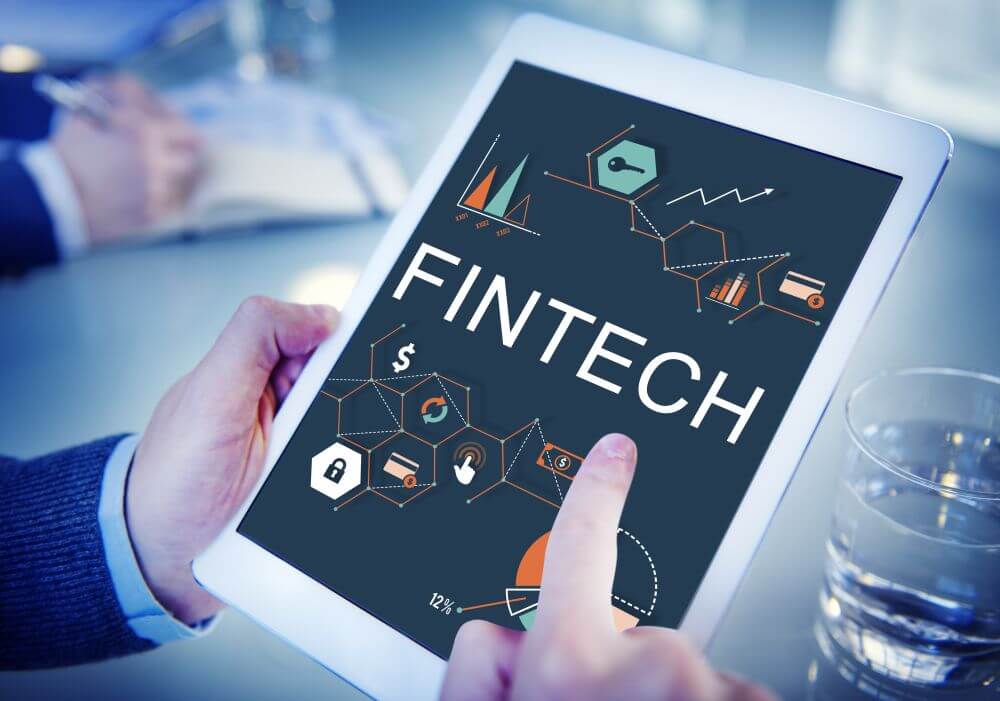 Despite These Problems, India Has The Second Highest Fintech Adoption Rate In The World

In India, the overall fintech transaction value is expected to increase by a CAGR of 5% between 2016 to 2020, as per NASSCOM. According to Tracxn, there are around 1218 fintechs operating in the country presently. As it stands today, fintech has the potential to transform the Indian economy.

While its effects are already visible in various financial services from digital payments, alternative scoring methods, big data and analytics to blockchain technology, the segment could ultimately solve some of the country’s greatest challenges pertaining to job creation, boosting GDP and using future technology to transform key sectors like agriculture, education and healthcare.

Having recognised its rising potential, the government recently set up a special committee to look into the growth and development of the Indian fintech sector. The panel, led by the Department of Economic Affairs Secretary Subhash Chandra Garg, will assist financial technology companies in doing business in the country.

However, despite the steps taken to bolster the Indian fintech market, there is a pressing need for a thorough analysis of the ecosystem and its key needs, which is one of the key areas on which the committee will be focusing. To that end, the country’s fifth largest private sector bank, YES BANK, has created a detailed report on India’s fintech landscape titled “India Fintech Opportunities Review” (IFOR).

The primary objective of the study is to get a clear picture of the state of India’s fintech sector. Apart from that, the report attempts to identify the key drivers for creating a robust fintech ecosystem as well as conduct a comparative study of the Indian fintech industry and other fintech hubs across the globe.

In the end, the aim is to create a well-connected framework to drive innovation in the space, making India a global fintech hub.

Conducted over a period of 90 days, IFOR is based on a survey comprising 611 fintech firms, including 123 global fintech companies. The report also includes inputs from 100+ ecosystem members such as investors, academia and incumbents.

Here is a detailed rundown of the key findings of YES Bank’s “India Fintech Opportunities Review”:

As per the observations made in IFOR, there are five key aspects of a self-sustaining fintech hub, which YES Bank identified through its comparative study of financial technology sectors in other countries like Singapore, the UK and the US.

These five pillars are as follows:

One of the major insights presented in the report is that the fintech sector is still largely nascent in India. Although there are more than 1200 fintechs operating in the country, as per YES Bank findings in the report, around 64% of these organisations have been operational for three years or less and have a median workforce of 14 people.

Overall, the sector is dominated by young tech entrepreneurs with 91% entrepreneurs coming from a STEM background and 60% under the age of 40.

However, despite being a relatively young sector, 7% of the companies that YES Bank interacted with have already turned profitable. While many equate fintech in India chiefly with digital payments, the segment has witnessed the emergence of other verticals like digital wealth management, alternative lending and robotics process automation.

The conclusions drawn by YES Bank on the basis of these parameters state that India has the second highest global fintech adoption rate and incumbents have been partnering with fintechs to co-create Proofs of Concept.

According to EY Fintech adoption index, India has the second highest fintech adoption rate of 59%, significantly higher than the global average of 33%. The findings, further, point to the fact that incumbents and fintechs have moved from competition to cooperation and collaboration. 79% of the respondents view incumbents as partners, while 13% are indifferent and only 8% of them view them as competitors.

Although Fintech-incumbent partnerships are taking off, commercialisation of co-created proof-of-concept is still nascent globally. As per IFOR, only 11% of PoCs created by incumbent fintech partnerships globally were commercialised in 2017 (compared to 4% in 2016).

Owing to complexity and difficulty in accessing credits, MSMEs often do not have access to formal lending channels, and rely on the informal sector, at interest rates as high as 30%.

Moreover, smaller businesses also have limited financial history and might not have detailed documentation available at hand, which becomes a major hurdle in the loan disbursement process.

Fintechs can address these problems with existing SME focused solutions like invoicing financing (offered by KredX, SME Corner, Numberz,); supply chain financing (offered by Capital float, Lendingkart) and merchant financing (provided by the like of Alibaba, Amazon). This essentially represents an enormous market opportunity worth over $406.5 Bn (INR 26.5 Tn).

All survey respondents (87% of them being fintech founders) identified employees focused on technology development/coders as the core of their workforce. On an average, 33% of total employee strength is comprised by coders. This number is as high as 67% for idea and pre-revenue stage startups.

Although the available talent pool is rich in technology graduates, India still lags behind in terms of future tech skills or knowledge, the report states. It reads as follows, “India has a very rich and strong STEM talent pool of 2.4 Mn including 1.5 Mn engineering graduates and 300K masters in technology, establishing a strong prospective employee pool for financial technology startups. However, respondents of the report feel that there is a significant gap in the deep-tech expertise required by them compared to skills of current graduates”

As per the YES Bank survey, 71% of the respondents state the lack of deep tech expertise as a key impediment to their growth. The number is even higher 81% for B2B fintechs. This is, largely, because the current academic curriculum and R&D in bachelor degree courses are majorly aligned to the IT/ITes sector, whose needs are distinct from that of the fintech segment.

The last few months, however, have seen some government effort in this regard, with Centers of Excellence and future technology institutes being set up in some regions like IIT Madras, Gitam University and International Institute of Digital Technologies, Tirupati.

The creation of a representative fintech body to interface with academia and other key stakeholders could help better orient the curriculum, stakeholders of the Indian financial technology sector believe. Additionally, 80% of the country’s fintech startups find internship and talent sharing programmes as a relevant solution to the problem of hiring suitable talent.

Early Stage And PoC Funding An Area Of Concern

This has been brought about through the creation of the Startup India fund by the Government of India, several state-level fund of funds as well as major VCs such as Sequoia India, Bloom Ventures and Kalaari Capital. Venture capital funding in fintechs has shown a 34% YoY jump and 54% of founders YES Bank interacted with in the study described fundraising as a simple process without complications.

Despite this growth, Proof of Concept (PoC) and early-stage funds are still limited. 71% of pre-revenue and 81% idea-stage fintech startups noted ‘severe difficulty’ in raising funds. The respondents highlighted an even bigger challenge in PoC funding – only 11% report that they received funding, and 19% stated that their industry partners paid for the PoCs.

To overcome this problem, Singapore, for instance, has created a registry for fintech startups which helps identify startups for PoCs and helps the government in rolling out grants. Similar registries have been set up in Hong Kong and Israel albeit on a smaller scale. According to the report by YES Bank, instituting such a registry in India could be a major boost for the country’s fledgeling financial technology companies.

Apart from that, both the government and the private sector need to proactively create consortiums and encourage collaborations between investors, accelerators and incubators, in order to make funding more easily accessible to early-stage startups.

While overall funding is abundant, 74% of the startups operating in the Indian fintech space have a burn rate between $10k-50k per annum and only 7% of them are profitable. This, according to the survey by YES Bank, is a key area which the government should be focussing on to make India a global fintech hub.

The Fintech revolution is being encouraged by the various government initiatives such as Jan Dhan Yojana, Aadhaar and the emergence of UPI, which provide a good foundation for fintechs to permeate last mile touchpoints and boost financial inclusion in India. However, there is a need for better understanding of regulatory standards.

52% of respondents cite understanding and meeting regulatory standards as a challenge in their day-to-day business. Majority of them (around 87%) believe that a regulatory sandbox of some form would be highly beneficial for the Indian fintech industry. A sandbox is essentially a hub of sorts where regulators permit the rollout of new products and technologies to a limited group of customers for testing purposes.

This was reiterated almost unanimously by the 99 participants in the three focused group discussions and the IFOR advisory council. The participants also suggested the need for clarity on regulations on the application of emerging technologies like Blockchain and AI.

In this regard, the Indian government has also set up a special committee, led by led by the Department of Economic Affairs Secretary Subhash Chandra Garg, geared towards assisting fintech companies in doing business in the country.

As per the official order issued by the Ministry of Finance earlier this month, the aim of the committee is “to consider various issues relating to the development of fintech space in India, with a view to make fintech related regulations more flexible and generate enhanced entrepreneurship in an area where India has distinctive strengths, vis-à-vis other emerging economies.”

Home to over 1218 fintech companies that are working across diverse verticals, the Indian fintech sector, although nascent at present, has the potential to become a global hub that can rival the fintech markets in countries like the US, the UK and China.

However, to be able to achieve such an ambitious feat, the need of the hour is a robust framework that enables the government to not only bolster the country’s fintech ecosystem but also drive innovation to usher in the next fintech revolution in India.