Among the top 10 brands being advertised during the league, IPL title sponsor Dream11 ranks at the first place, followed by Vi 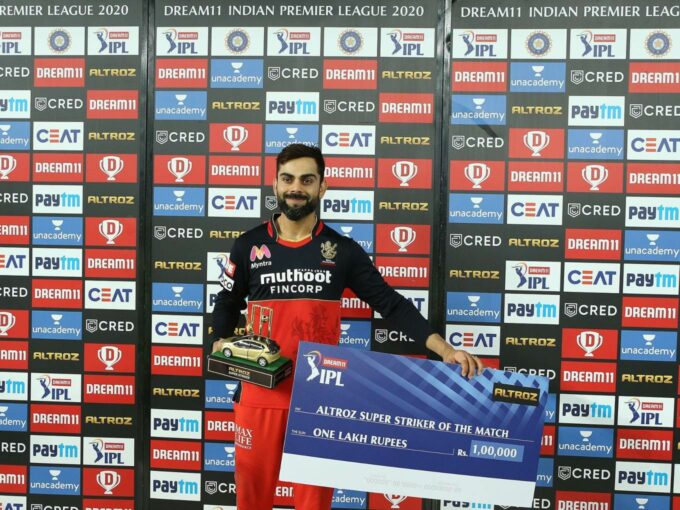 In a dull year for most brands and retailers in terms of sales and revenue, their strategies for advertising on traditional mediums such as print and television have also altered. The financial crunch due to reduced sales amid the pandemic meant that companies started prioritising low-cost social media advertising opportunities, instead of full-page advertisements in newspapers or TVCs broadcast on television.

Nevertheless, brands haven’t been able to shrug off cricket’s popularity and have flocked to the Indian Premier League (IPL) as advertisers for the T20 competition. More than 150 new brands have joined the league as advertisers this season. And data compiled by TAM Sports — an independent division of TAM Media Research which examines the dynamics of sports marketing, sponsorship and content management — shows that ecommerce companies are willing to spend big on conventional advertising i.e. TVCs during the broadcast of IPL matches.

In the first 22 days of IPL 2020, the ecommerce sector accounted for 35% of ad volumes. There were more than 30 new categories advertised during this period. And five of the top 10 categories in terms of advertising volume were from the ecommerce sector. Interestingly, Chinese phone-maker Oppo, which not long ago was the title sponsor for Indian cricket before it was replaced by Indian edtech platform BYJU’S, became the top advertiser in the first 22 days of the league’s ongoing 13th edition.

It is worth noting that the definition for ecommerce encompasses companies which facilitate the sale of goods and services, even digital in nature, through the internet. Hence, gaming companies such as Dream11 and edtech companies such as BYJU’s are counted as ecommerce companies for the purpose of the report.

Ecommerce gaming was responsible for 10% of ad volumes, pipping the smartphones segment which accounted for 9%. Ecommerce companies in the media, entertainment and social media space accounted for 8% of the ad volume followed by ecommerce education at 7% and ecommerce wallets at 6%.

It may be surmised that since ecommerce was among the very few sectors which witnessed a rise in demand when the Covid-19 induced lockdown was gradually eased in parts of India starting late-May, hence ecommerce companies have had the wherewithal to spend big on advertising during the IPL.

The number of advertisers and brands has also jumped by 11% and 13% respectively compared to the previous edition.

Last month, Inc42 reported that the IPL 2020 season was being utilised by several companies to market their mobile applications. During the ongoing cricket season, many Indian companies saw an increased number of paid users on their mobile apps across categories such as entertainment, social and gaming.

While organic installs for entertainment apps witnessed a 50.34% increase during the IPL season, social apps witnessed a more than 70% increase for the same. This can be attributed to the immense public interest in the league, and cricket at large, as fans want to stay updated with the scores and updates for every match.

For fantasy sports and other gaming apps that count the IPL as a product/game on their platform, the cricket league’s each season sees them indulge in focused marketing and install campaigns to onboard new users. Gaming apps saw their non-organic installations increase by 250% during last year’s IPL.

This year’s IPL will run from September to November due to the onset of the Covid-19 pandemic. The regular IPL season runs from late-March to early-May.

This year, the league is being largely sponsored by Indian startups across sectors such as edtech, gaming, and fintech. While the title sponsor is fantasy sports platform Dream11, edtech platform Unacademy and fintech startup Cred are associate sponsors. Indian digital payments giant Unacademy is the umpiring partner for the league. Moreover, a host of smaller Indian startups, some of them like The Souled Store in the ecommerce sector, are associated with some of the league’s teams/franchises in varying capacities.