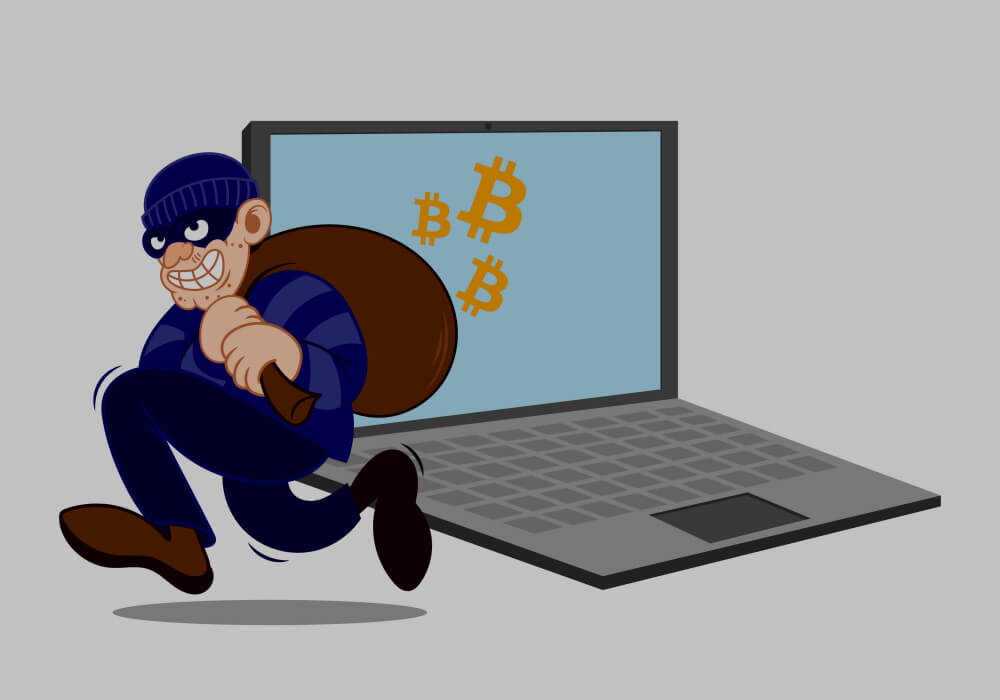 The Delhi-based cryptocurrency exchange has already filed an FIR with the Delhi police cyber crime branch. The company has halted the exchange operations, as the police seized the company’s servers.

Speaking to Inc42, Coinsecure CTO Benson Samuel said, “Now, that the FIR has been filed, we can’t proceed the case at our end and are waiting to have further updates from the police on the matter.”

In a notice issued to its users, Coinsecure team stated, “Our Bitcoin funds have been exposed and seem to have been syphoned out to an address that is outside our control. Our system itself has never been compromised or hacked, and the current issue points towards losses caused during an exercise to extract (Bitcoin Gold) BTG to distribute to our customers.”

As the private keys were leaked online with no data logs left behind, the company suspected it to be an insider’s job. In its statement and the FIR, the company has stated that the explanation of the event by its CSO Dr. Amitabh Saxena was unsatisfactory and he should not be allowed to fly abroad until the matter gets resolved.

The FIR says, “As the private keys are kept with CSO Amitabh Saxena, we feel that he is making a false story to divert our attention and he might have a role to play in this entire incident.”

Further, “The incident reported by Dr. Saxena doesn’t seem convincing to us. He also has an Indian Passport and he might fly out of the country soon, therefore, his passport should be seized ” 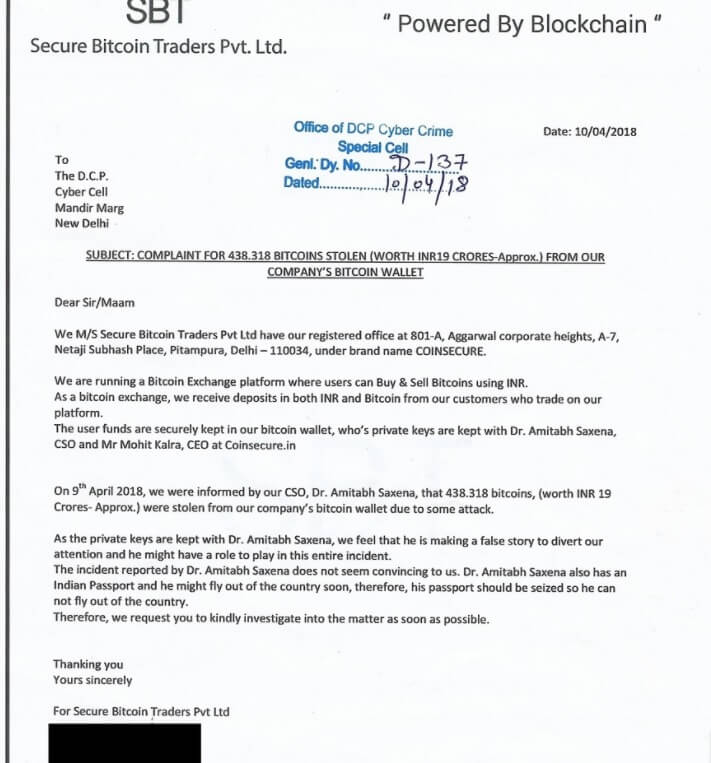 While the company has averred, in the worst case scenario if the Bitcoin could not be restored back, Coinsecure might use its private fund to null and void its users’ losses.

The cryptocurrency exchange currently has over 200K users in India.

A Consoling Notice To Coinsecure Users

In the notification issued to its users, the company states, “We are working round the clock to restore services and to try and recover all of the lost funds, and we shall keep all our users posted on the outcome of the details to ensure utmost transparency.”

And, “We are hoping that as users of Coinsecure, you will stand by us in this hour of need by providing us with your help and support as we diligently work to ensure that all of our customers’ funds are recovered and to leave no stone unturned. Irrespective of funds being recovered, we re-assure all our customers that you will be indemnified from our personal funds.”

Having secured Series A funding, Coinsecure is one of the few Indian cryptocurrency exchanges which had successfully secured funding from Indian investors.

Right from Mt. Gox, Youbit, Coincheck to now Coinsecure, attack on Bitcoin exchanges is becoming a new normal. The question, therefore, is: Bitcoin is safe, are the exchanges?