IndiaMART may end up losing a big chunk of its 147K paying customers by the end of the lockdown, says Dinesh Agarwal

The supply chain has survived for decades but at this point, it is a single point of failure, Agarwal added 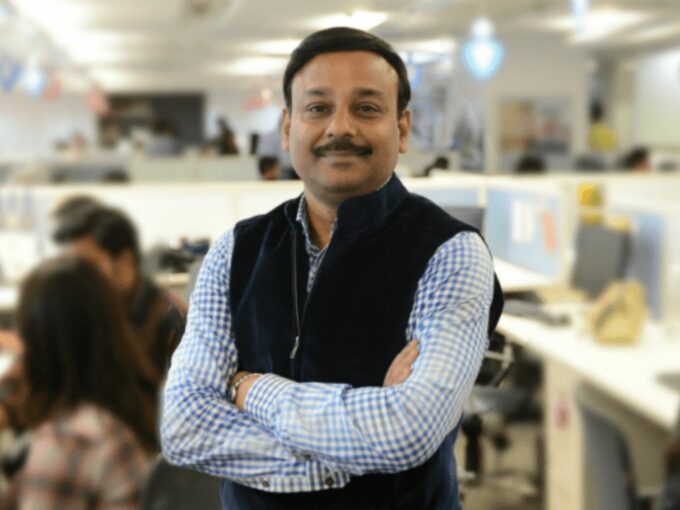 After starting 2020 on a positive note and with 10 Cr active users, B2B ecommerce company IndiaMART has been finding it hard to stay immune to the crisis any longer. Talking to Inc42, CEO and cofounder Dinesh Agarwal said that IndiaMART could lose between 10% and 20% of its 147K paying customer base with every month under the lockdown.

Reiterating his previous statement that IndiaMART will get impacted if its customers get impacted, Agarwal added that many of the company’s customers may have to shut their shop or set up an alternate business model after the situation ends.

In the previous conversation with Inc42 on March 3 this year, when India was still largely untouched by the Covid-19 pandemic and its current widespread impact, IndiaMART had said that it was catering to a higher number of business enquiries from international customers and the B2B procurement business earlier going to China had started coming to India. Citing an anecdote, Agarwal had also mentioned that a seller, listed on IndiaMART, was getting 30x calls every day.

Sales Dry Up In April

IndiaMART’s performance in the last quarter of FY 2020 back the company’s claims. According to the Bombay Stock Exchange (BSE) filings, IndiaMART catered to over 116 Mn business enquiries between January and March, representing a 3% rise from 112 Mn recorded in Q3 of FY2020, ending December 31, 2019.

This growth helped the company generate a consolidated cash flow of INR 94 Cr from its operations in Q4, which led to cash and investment of INR 931 Cr, an increase of 36% year-on-year (YoY). Meanwhile, the company also recorded a post-tax profit of INR 44 Cr, representing a 55% YoY hike versus INR 28 Cr in the previous quarter and a 33% profit margin.

The annual FY20 financials released by the company highlighted that the traffic on IndiaMART grew to 180 Mn, but Agarwal highlighted that with the lockdowns in the Q1 of FY2021, the company’s traffic has reduced to almost 50% across all the geographies and categories combined in the month of April. “It is still too early to comment on the metrics for May”, he added.

Besides this, the inquiries have been limited to food essentials, medical and healthcare necessity, personal protective equipment (PPE) and other such related products or raw material. In the Q4 of FY2020, the enquiries on medical equipment and accessories had shot up by 20x, whereas for electronics the growth has been over 4 to 10 times.

In terms of its performance for FY2020, IndiaMART, which was incorporated in 1999 by Brijesh Agrawal and Dinesh Agarwal, has registered a net profit of INR 149 Cr showcasing a 635% YoY hike. The profit before tax was INR 213 Cr, representing a 292% year-on-year (YoY) growth.

In total, the company has earned over INR 707 Cr versus INR 548 Cr in the previous year, which was a 29% YoY increase in revenue. The company has also noted 26% YoY growth, or INR 639 Cr, in terms of consolidated revenue and INR 261 Cr consolidated cash from its operations.

Talking about the larger impact on the B2B ecommerce segment, Agarwal added that the impact would largely depend on the category and the product that companies are dealing with. For instance, IndiaMART and its likes, that have a horizontal marketplace, the impact would be less grave than the companies in dedicated verticals. He believes that businesses dealing purely in food and medicines would have seen lesser impact economically.

Due to the various models in the B2B ecommerce segment, Agarwal is sceptical about whether there is a direct competition between various B2B marketplaces. However, he believes that this is an extremely difficult time for small and medium businesses in the segment for several reasons — the market is down, and demand is low. Besides this, the broken supply chain has also hampered their growth, even if they are in the essential services.

However, the current crisis boosts digital adoption among small and medium enterprises (SME), and increases diversification to develop multiple supply chains, it will take at least two-three months for such changes to come about.

“In the last 20-30 years, the most efficient supply chains have survived. But during a pandemic like this, it becomes a single point of failure. That’s where the governments come in two interests. First, how to develop multiple lines of dependency… Second, how to do more things within your own space.”

He also noted that in the coming months, the crisis will give an impetus for digital adoption, but at the same time it will not be fruitful in terms of business. “If the overall market size of INR 100 shrinks to INR 60, even if the share of digital increases from 10% to 15%. I am not too sure if 10% of INR 100 was better then 15% of INR 60.”