The department, along with Tamil Nadu govt, has also rolled out an IVRS for feature phone users 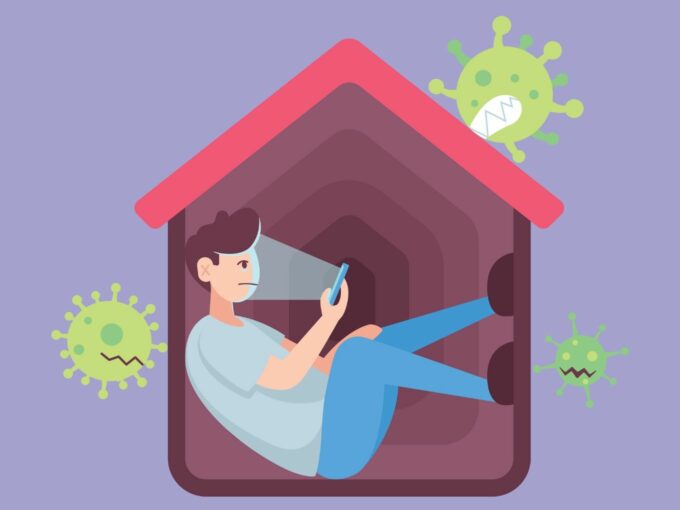 Odisha became the first state in India to extend the lockdown till April 30 as a measure to control the Covid-19 situation more effectively. Meanwhile, even Prime Minister Narendra Modi in the parliament announced that he would be holding discussions with several state chief ministers and authorities, who are sceptical about lifting the lockdown on April 14. This is being seen as a hint that Indian might extend the 21-day-lockdown as a measure to keep the situation under control.

Meanwhile, other government departments are looking at ways to keep a track of the situation in their own way, and avoid any hindrances that might make the citation worse to deal with. IT minister Ravi Shankar Prasad, in an interview with ET, listed out a few steps the ministry has taken for tracking cases as well as for spreading the right messages.

For instance, the IT ministry has incorporated geo-fencing through mobile phones in its armoury to fight the pandemic. With this technology, the government is keeping track of all the people who have tested positive or have been advised to stay under quarantine. The system not only monitors the breach of the allocated geofence for each patient, but also alerts the local health authorities to allow police to track the patient.

Similar apps have also been incorporated by the Karnataka, Telangana, and Andhra Pradesh government to keep a tab on the patients, who may end up infecting others if let out.

Prasad highlighted that the app has already been downloaded by 2.7 Cr people. He also assured that the government is “making all efforts” to ensure that the app is used widely. While these solutions are helpful, they are limited to only smartphone users.

Keeping this in mind, the IT Ministry has also launched an interactive voice response service (IVRS) with the government of Tamil Nadu, especially for the people with feature phones. The IVRS will collect Covid-19 data and questions from non-smartphone users in the state.

Moreover, it is an automated system that interacts with the callers and asks a series of health-related questions as well as details such as travel history, symptoms to determine the level of risk. The data will, then, be sent to the health department officials, who can follow up on cases that seem critical. Prasad specified that the app will be extended to other states as well.

Meanwhile, the government has also emphasised on the role and responsibilities of social media at a time like this. Whether through advisories, circulars or personal meetings, the central government has been asking social media platforms to regulate content spreading misinformation about Covid-19.

While highlighting the efforts taken up by the IT Ministry, Prasad also highlighted that the state-run BSNL has been performing well and the postal department has also come in handy to help the poor and needy.