India Surpasses China In Tech Exits From Asia In 2014

India Surpasses China In Tech Exits From Asia In 2014 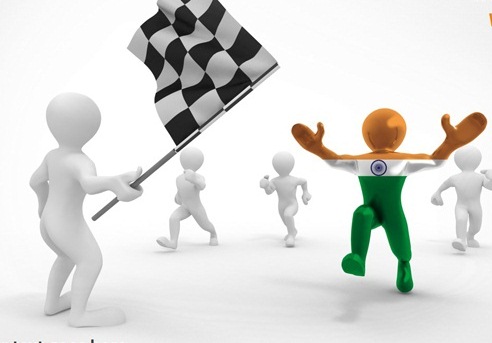 According to a recent report by CB Insights, India has established itself among the top five markets for exits globally, and is now the leading one from Asia – ahead of China even. Earlier in 2014, China had some of the largest tech exits including IPOs for Alibaba and Jumei International.

As per the report, Canada is at number three spot in tech exits, behind the US and UK. Germany comes in at number four, and India completes the top five. China is down to sixth place. Among other Asian markets in the top 20, Singapore is number 13, and Japan is 18th. Indonesia is ranked 26, Malaysia 29, and South Korea 34, while Vietnam and the Philippines are tied for the 38th rank.

The report also shows that the Asia has the highest rate of VC-backed exits over $100 Mn and Europe’s $100 Mn exits are the most capital efficient.

While the United States is the center of the tech world ($47.3 Bn in venture capital invested across 3,617 deals in 2014), both Europe and Asia have emerged on the scene in recent years with massive financings and exits to match.

Among the investors Accel Partners took the top spot with the most tech exits from their portfolios. Among corporate investors, the three highest ranked ones were Intel Capital, Google Ventures, and Qualcomm Ventures.

While internet companies dominated deals not just in India but globally too, the ascent of mobile was evident. This sector accounted for out of every five tech exits in 2014. 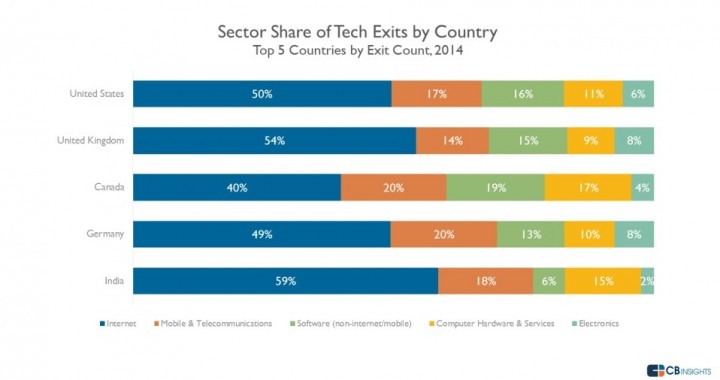 Ecommerce industry will touch $90 Bn by 2021 in India. In India, internet firms took the lion’s share of exits, reflecting the investment momentum in the ecommerce space last year. Flipkart had a billion dollar funding round, then Japan’s Softbank came in to bolster Snapdeal with two-thirds of a billion dollars. They were among the highest funded Indian tech startups of 2014.