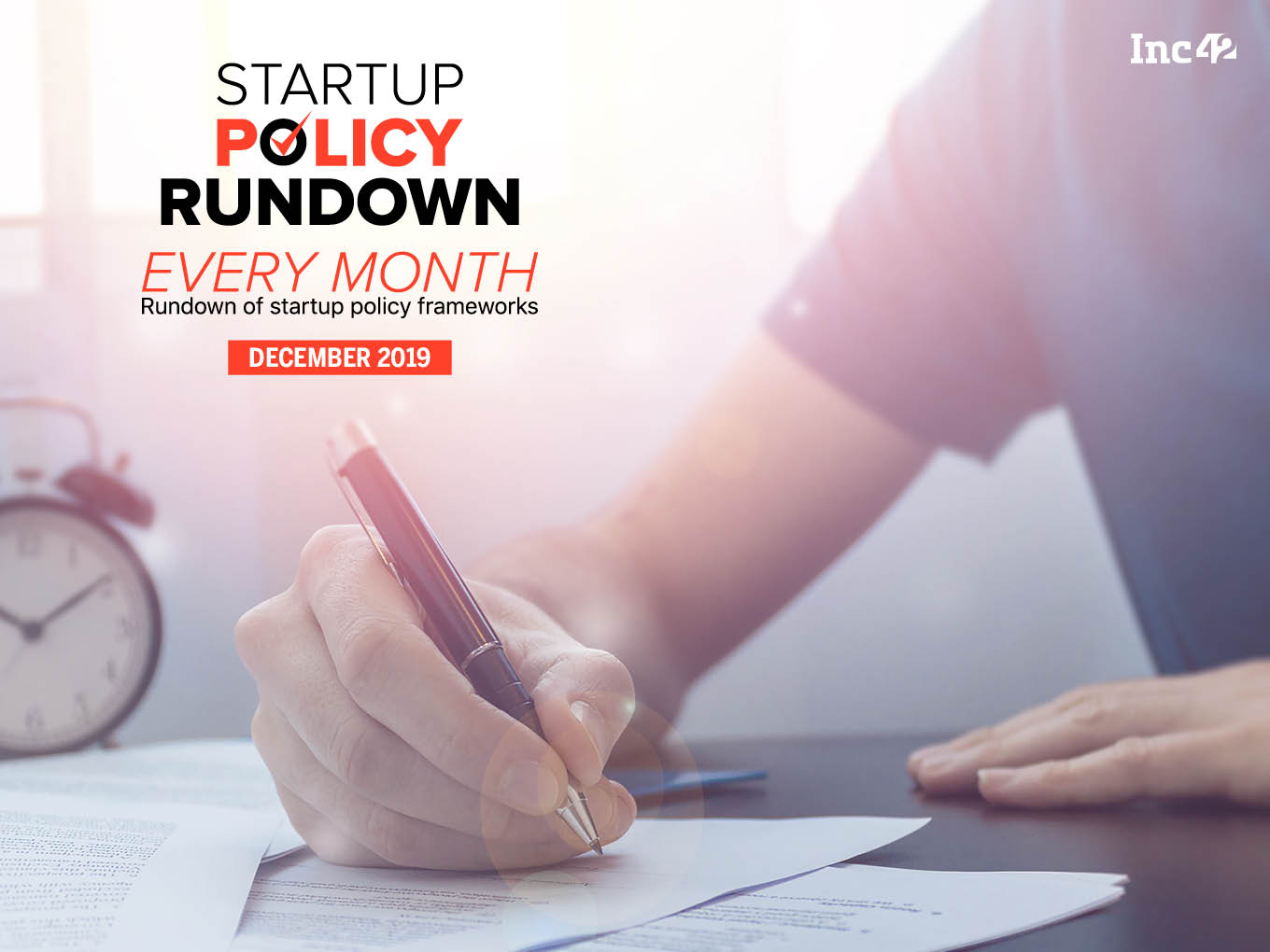 The year 2019 has finally ended and yet when it comes to Indian startup policy initiatives, many of the promises have not been fulfilled at large. Be it ecommerce policy, data privacy, intermediary guidelines and many other necessary bills and draft norms for startups that have been discussed over the years, the Narendra Modi government has put a lot on paper for startups in India but failed to execute.

Among the approved laws and norms is the controversial ban on electronic cigarettes, the lack of clarity on the legal status of cryptocurrency, the National Policy on Electronics and National Policy on Software Products. Fund disbursal under Startup India’s Fund of Fund for Startups (FFS) remained on a slow track. Around 98 startups raised funding FFS in 2019. Out of INR 3,123Cr committed under FFS, only 695 Cr has been invested in 279 startups so far.

The government, meanwhile, has reiterated that the Startup India fund would be disbursed much before 2024-25 as the number of startups is growing, a senior official said.

Speaking to news agency IANS, Deepak Bagla, MD & CEO, Invest India recently said, “Out of Rs 10,000 crore, much of the fund under Fund of Funds for Startups has not been sanctioned. The fund was established until 2024-25 for deployment. But I expect the disbursal to be exhausted much before that time because of the demand which is coming up and the entire system is getting fixed. We are also seeing how we can start deploying faster and also reach out to smaller start-ups, another focus area of that fund.”

The total number of DIPP-recognised startups currently stands at around 26K, however, Datalabs by Inc42 in its annual report last year had estimated that India would have 49K startups by the end of 2019.

On the huge difference between the existing startups and recognised startups, Bagla said, “As per the industry ministry definition, MSMEs are not startups in India. Startups should have an element of innovation in them. The entire pipeline of startups coming into the ecosystem is coming at a very faster rate. That’s why we are number two in having huge numbers of startups in the world as market statistics tell that India already has 45,000-50,000 startups.”

Let’s take a look at the policy initiatives of the last month.

Zero MDR was announced by the finance minister Nirmala Sitharaman during Union Budget 2019. The official implementation-announcement came only last month which is effective from January 1, 2020.

In an announcement, the finance ministry stated that business establishments with annual turnover of more than INR 50 Cr shall offer low-cost digital modes of payment ( such as BHIM UPI, UPI QR Code, Aadhaar Pay, Debit Cards, NEFT, RTGS etc.) to their customers, and no charge or Merchant discount rates (MDR) shall be imposed on customers as well as merchants.

The Department of Revenue (DoR) has notified RuPay and UPI as the prescribed mode of payment for undertaking digital transactions without any MDR.

How did the industry react to the implementation? Well, we have covered them here.

The central government has launched a common e-auction platform eBक्रय. In a statement it said that public sector banks (PSBs) have attached assets worth over INR 2.3 lakh Cr over the last three financial years and to enable online auction by banks of attached assets transparently and cleanly for the improved realisation of value, the common e-auction platform was created.

The platform is equipped with property search features and navigational links to all PSB e-auction sites, provides single-window access to information on properties up for e-auction as well as the facility for comparison of similar properties, and also contains photographs and videos of uploaded properties. As on 27.12.2019, a total of 35,000 properties had been uploaded on the platform by PSBs, the ministry informed.

The government had introduced the third phase of DISC on November 11 by Defence Minister Rajnath Singh. With this challenge, the government is looking for innovation that can be utilised in the India defence sector.

Moreover, the government has also planned to cut down on defence spending by seeking solutions from domestic players — startups and small and medium enterprises (SMEs). The selected startups and businesses will be working on solving three challenges from the three forces — Army, Navy and Air Force.

The Odisha government recently announced that it will constitute a fund of INR 100 Cr to provide seed funding via fund-of-funds (FoFs) to Odisha-based startups for the next two to three years.

The committee led by chief secretary Asit Kumar Tripathy said that they decided to set up this fund to strengthen the startup ecosystem in the state and scaleup capital to Odisha-based startups.

The Gujarat government has announced plans of using artificial intelligence (AI) to boost the infrastructure across various government departments in the state.

The Gujarat chief minister Vijay Rupani urged universities, large enterprises and budding startups to organise more conferences and events that focus on AI at the Vibrant Startup and Technology Summit 2019 in Ahmedabad.