According to a new research report ‘Internet in India 2014’, jointly published by the Internet and Mobile Association of India (IAMAI) and IMRB International,  the number of internet users in India would reach 302 Mn by December 2014, registering a Y-o-Y growth of 32% over last year.

The Internet user base in the country is further estimated to grow to 354 Mn by June 2015. 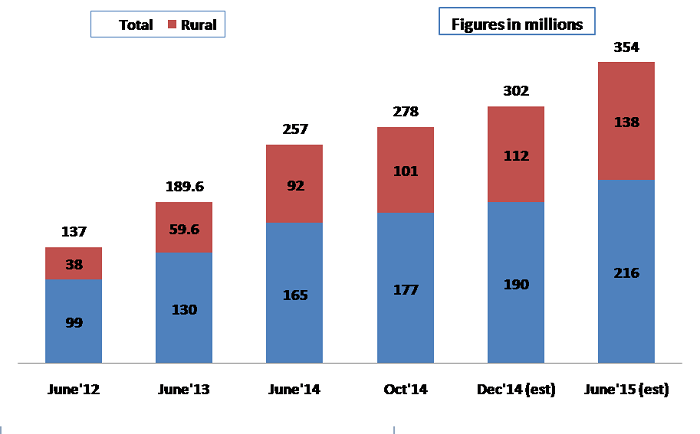 The report has further classified the internet usage among the people based on their frequency of access. As of June 2014, 31.5 Mn users (61%) in 35 cities were using Internet on a daily basis, which has gone up by 51% from June 2013. And 96% of the Internet users are accessing Internet at least once a week. 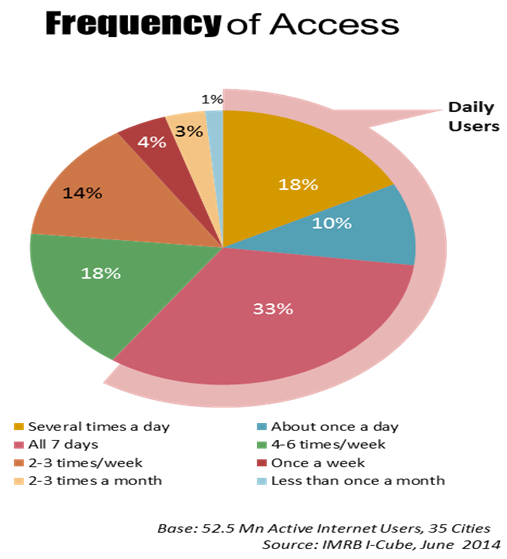