The festive shopping season continues to drive shopping behaviour and trends in the country. According to an ecommerce trends report published by Sensor Tower, mobile shopping application installs in India reached over 80 Mn in July; the first time that has happened since October 2020. According to the company’s preliminary data, this number reached 113 Mn downloads in October 2021.

Among the top 10 shopping apps in Thailand, Indonesia and Vietnam, average monthly active users (MAU) were up by 40 per cent in Q2 2021, compared to Q1 2019. The average MAU of shopping apps in India had declined in Q3 2020 due to the removal of Club Factory, Shein and other apps in the previous quarter. 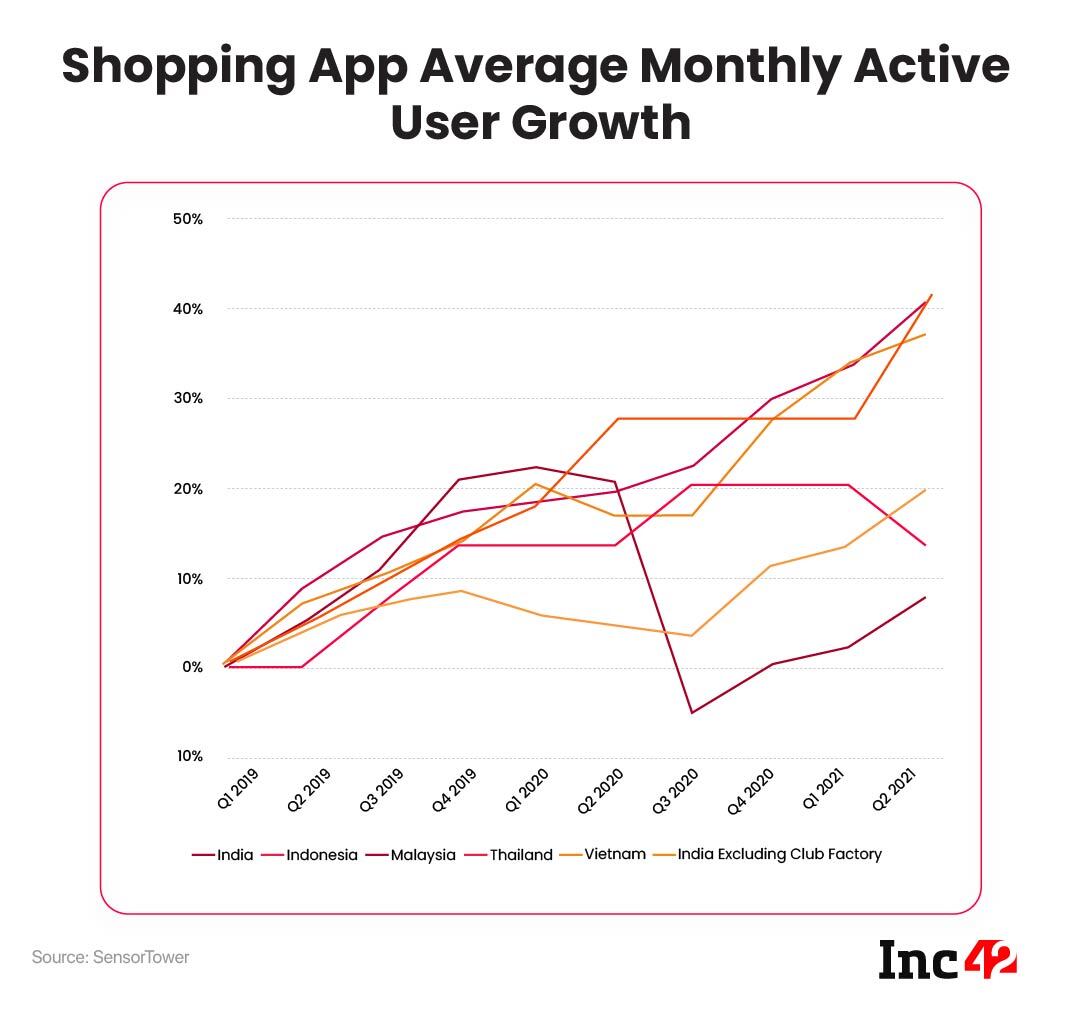 The large number of installs leading up to the festive shopping season could indicate a record-setting festive shopping season in the country. According to Redseer, the first week of online festive sales by ecommerce giants (between Oct 03 and Oct 10) recorded a 23% growth in 2021 compared to the last year. Overall, goods worth $4.6 Bn were sold online by brands, the company said.

In Southeast Asia, shopping app downloads spiked temporarily in April 2020, but since then, downloads have declined to near 2019 levels. Indonesia continues to be the largest market for shopping app installs in the region, while Vietnam had the highest year-on-year growth in July 2021. 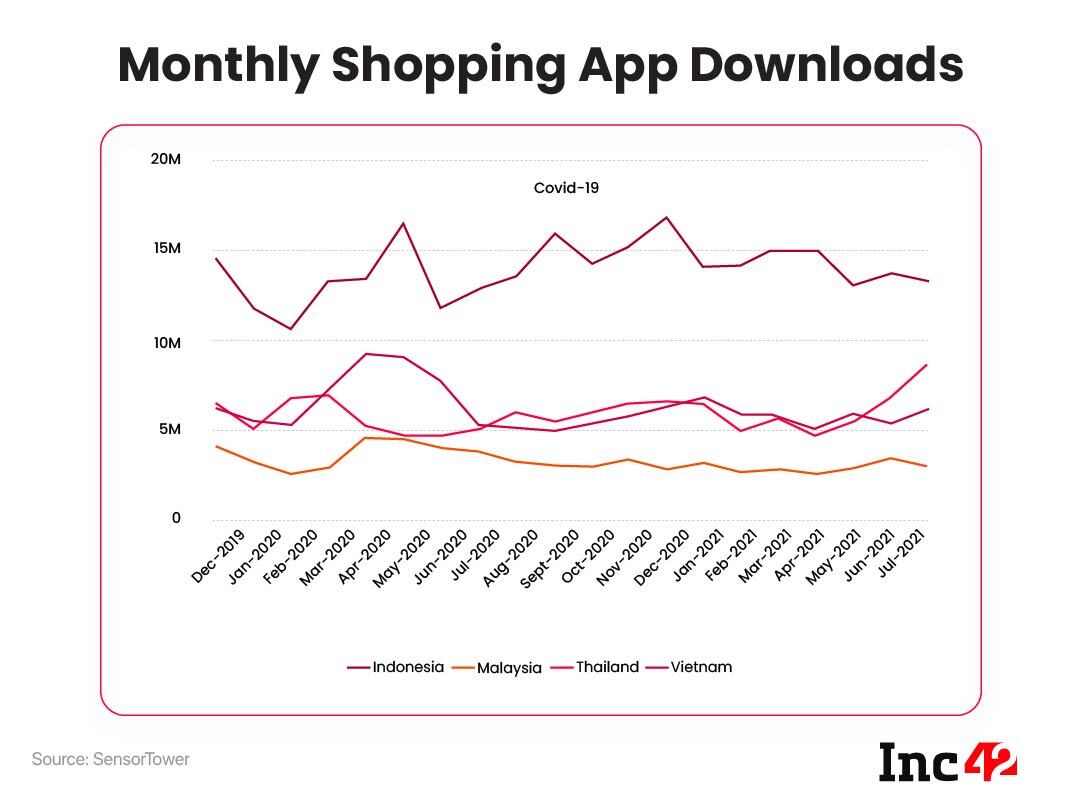 The fourth quarter that falls between October and December is a festive season in India and a major contributor towards shopping app downloads. The trends that show a sudden increase in downloads during this time period reaffirms the fact that festive periods dominate the shopping behaviour and trends in India. 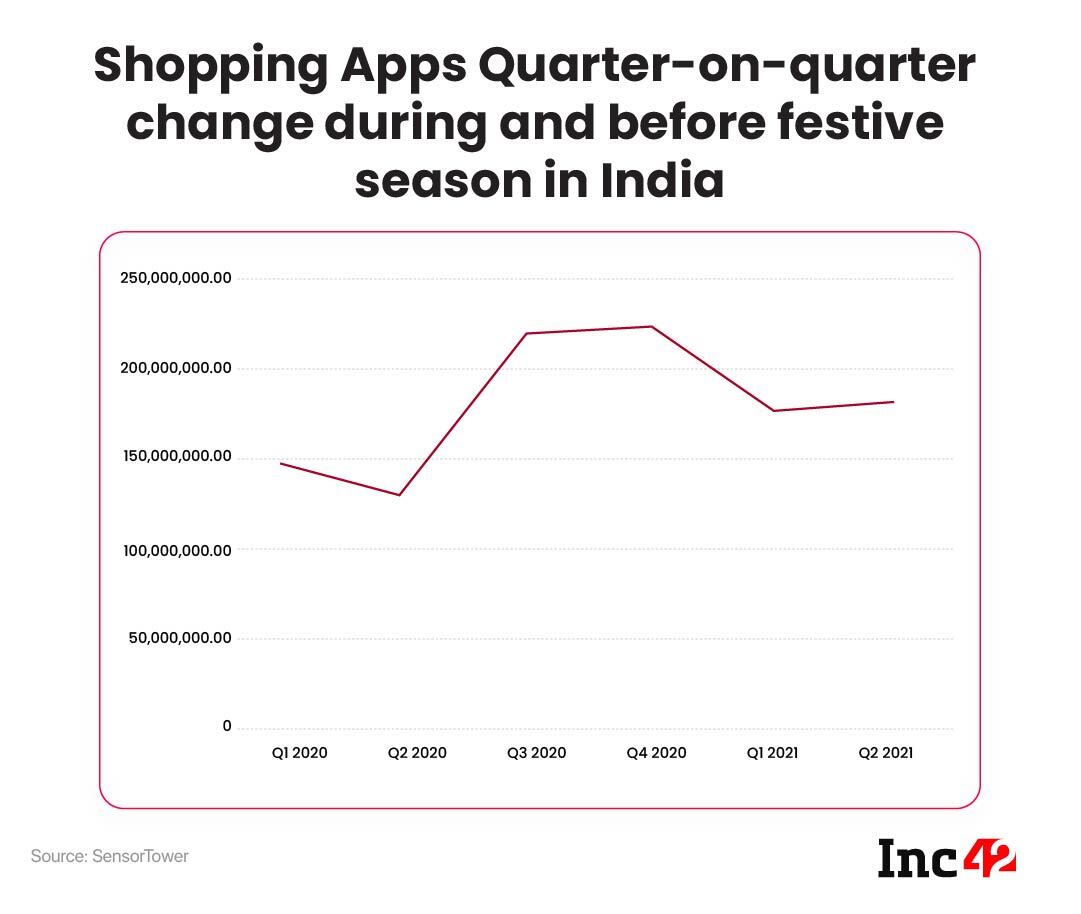 Daily active users (DAU) growth in top shopping apps in India accelerated in the past three quarters after the removal of Chinese ecommerce platforms dampened growth in mid-2020. The top 10 apps averaged more than 7 Mn DAUs each in Q2 2021, a year-on-year growth of 18%. 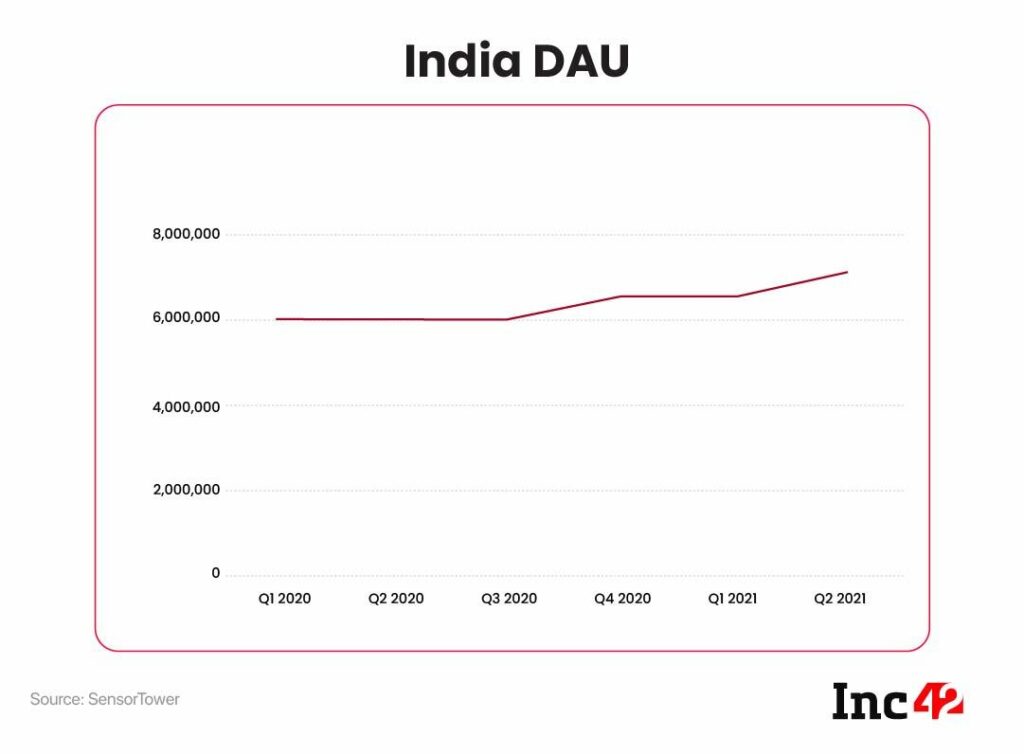 Shopping app downloads were down in India at the start of the pandemic, with a noticeable dip in April and May 2020, but the trend has bucked. Downloads rose in the second half of 2020 despite the rising number of COVID-19 cases in the country and remained high well into 2020. 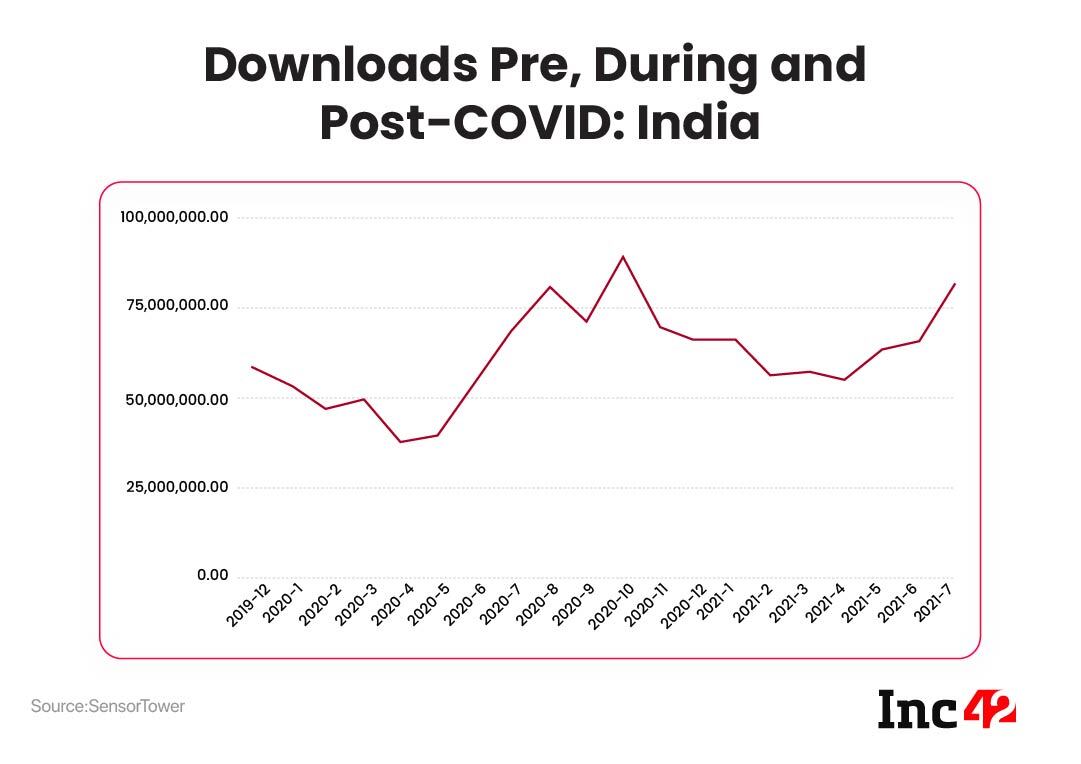 Among the 80 Mn shopping app installs in India in July, social ecommerce app Meesho contributed more than 12 Mn downloads. According to Meesho, it has seen 2.8X growth in monthly transacting users and a 2.5X rise in monthly orders. 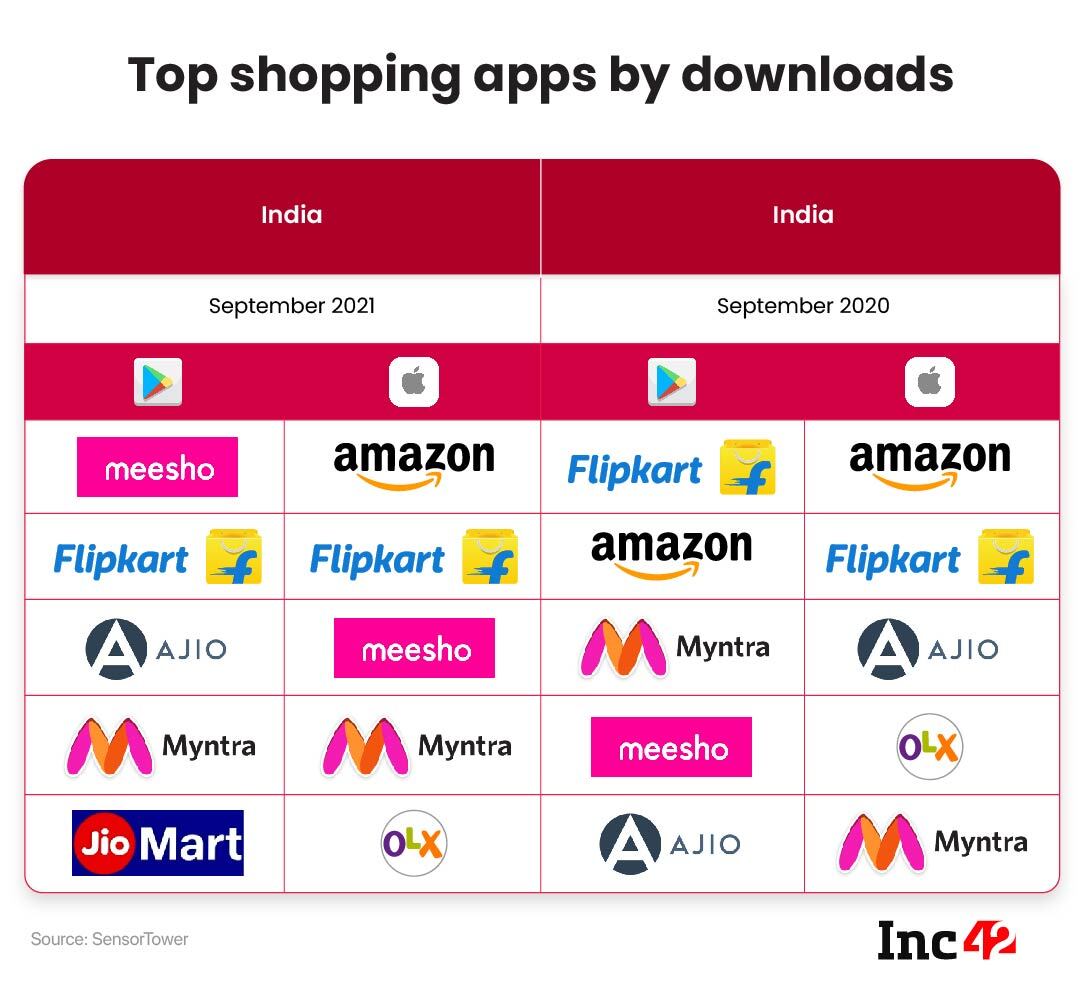 The report noted four major ecommerce trends in India: First, it is increasingly becoming a mobile-first economy. Second, festive periods drive and dominate shopping behaviour and trends. Third, the increased penetration of mobile devices beyond metro cities is giving rise to new consumer groups. Fourth, people in the region have an increased dependence on online shopping and mobile payments.