The 2016 Global Connectivity Index  (GCI) is a study that benchmarks where a country stands within its journey to connectivity. This was the third Global Connectivity Index report announced by the Chinese multinational networking and telecommunications equipment and services company Huawei, during the Global Analyst Summit 2016 in Shenzhen, China. The report measures the growth of various global improvements in the field of internet connectivity.

Huawei’s GCI report indicated that with an average GDP of $3,000, 13 countries including India, Bangladesh, Pakistan, Kenya, Ghana, Philippines are in the early stage of ICT infrastructure build-out. Their focus is on increasing ICT supply to give more people access to the digital world. The GCI findings are sourced from 50 countries that, in total account for 90% of global GDP and 78% of the global population, on investment and deployment of Information and Communications Technology (ICT).

India ranked 44 with a GCI score of 30, whereas, United States, Singapore, and Sweden topped the rankings. It also stated that that globally broadband connectivity and speeds have improved enormously from last year. 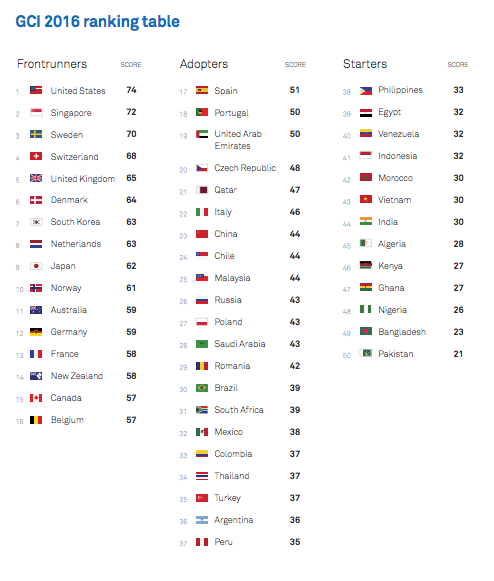 Digital transformation requires businesses and governments to find a scalable infrastructure that they can roll out quickly and scale up affordably. Cloud services are fast becoming a mainstream model for building and deploying IT systems. They allow SMEs and startups to adopt big data and IoT solutions to develop new products, services, and business processes. 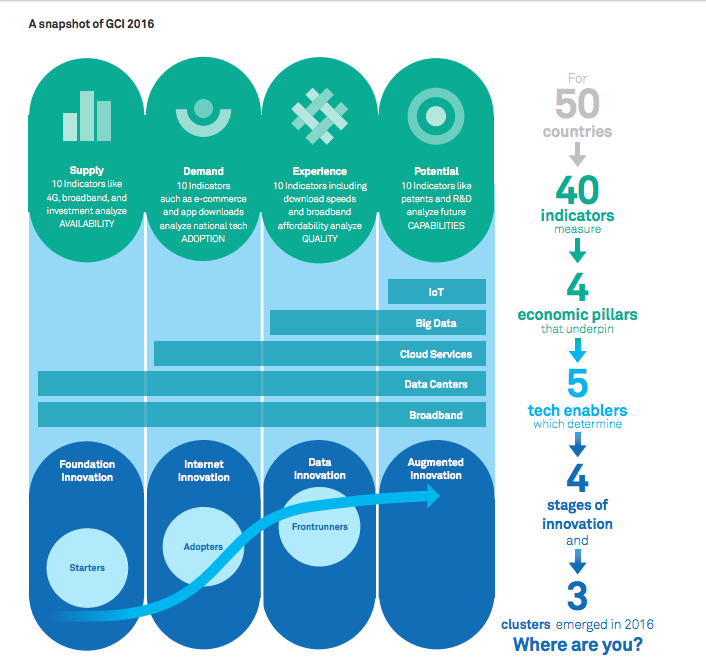 The report applauded the initiatives taken by the government in the emerging economies to support the digital initiative. It gave kudos to India’s Digital India drive and Kenya’s Vision 2030, to announce digital plans and make a decisive step towards digitizing traditional industries like commodities and manufacturing.

The Digital India is all about creating a knowledge economy. It has three significant visions viz a connectivity infrastructure for all, e-governance and services, and digitally empowered citizens who can become strong innovators

According to the report, the worldwide digital economy generated $24 Tn in ecommerce in 2015 and accounted for 30% of all global transactions. Much of which was completed on 2.5 Bn smart devices spread unevenly among the world’s 7.4 Bn population.

The complete details of the 2016 Global Connectivity Index can be obtained here.