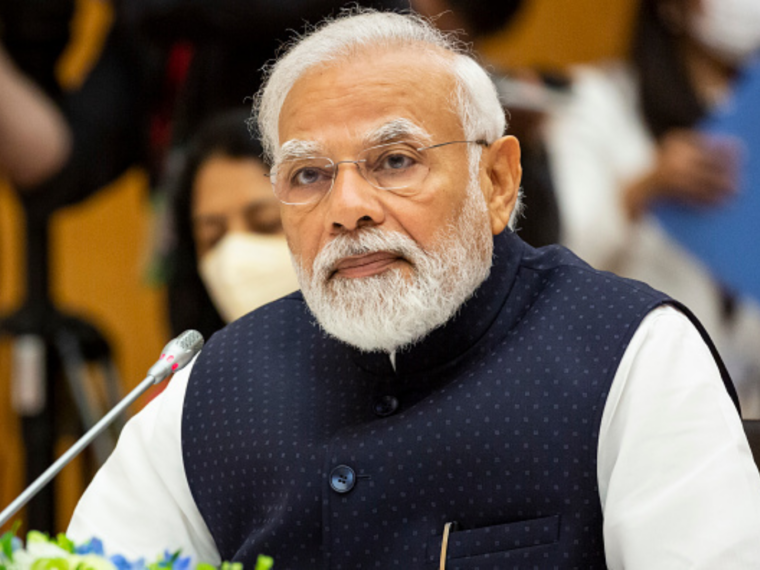 The Prime Minister said, “At the time of laying the foundation stone of Vanijya Bhawan, India used to recognize 8,000 startups every year. However, the country now recognises over 15,000 startups yearly"

Talking about the online public procurement platform GeM, the Prime Minister said that GeM earlier used to receive worth INR 9,000 Cr orders but now, over INR 2.25 Lakh Cr orders are being placed on the platform. He added that over 45 Lakh small entrepreneurs are presently registered on the GeM portal.

Earlier, the Prime Minister said that India’s digital economy is poised to reach $1 Tn by 2025.

He also informed that the country is anticipating a 7.5% growth rate this year thereby, making India the fastest-growing major economy in the world.

In recent years, India’s digital economy has exponentially grown due to the cheaper internet mobile plans, affordable smartphones and millennials’ growing interest in entertainment as well as social media channels. The country’s consumer digital economy, which was estimated at $85-90 Bn in 2020, will reach $800 Bn by 2030 at a CAGR of 25%.

Drawing attention to the Indian fintech sector, which is poised to become a $1.3 Tn market by 2025, is currently affected by the RBI’s guidelines that have restricted non-bank PPI fintech players from loading credit to native consumers.

In a recent notification, the RBI said, “The PPI-master direction does not permit loading of PPIs from credit lines. Such practice, if followed, should be stopped immediately. Any non-compliance in this regard may attract penal action under provisions contained in the Payment and Settlement Systems Act, 2007.”

This came as a huge blow for the fintech players, particularly digital lending startups, whose revenue majorly comes out of credit lines.

As a result, fintech startups including Jupiter, EarlySalary and KreditBee have today seized customers’ transactions on their prepaid credit cards in order to adhere to the central bank’s mandate and also, safeguard their partner firms from getting penalised.

Besides, the country’s fintech sector is witnessing a steep decline in funding activities. According to an Inc42 analysis, funding raised by fintech players fell 45% to $1.77 Bn in Q1 2022. Economic downturn, low market sentiment, spike in federal interest rates, and Russia war are some of the factors that are causing the downfall of the fintech sector.