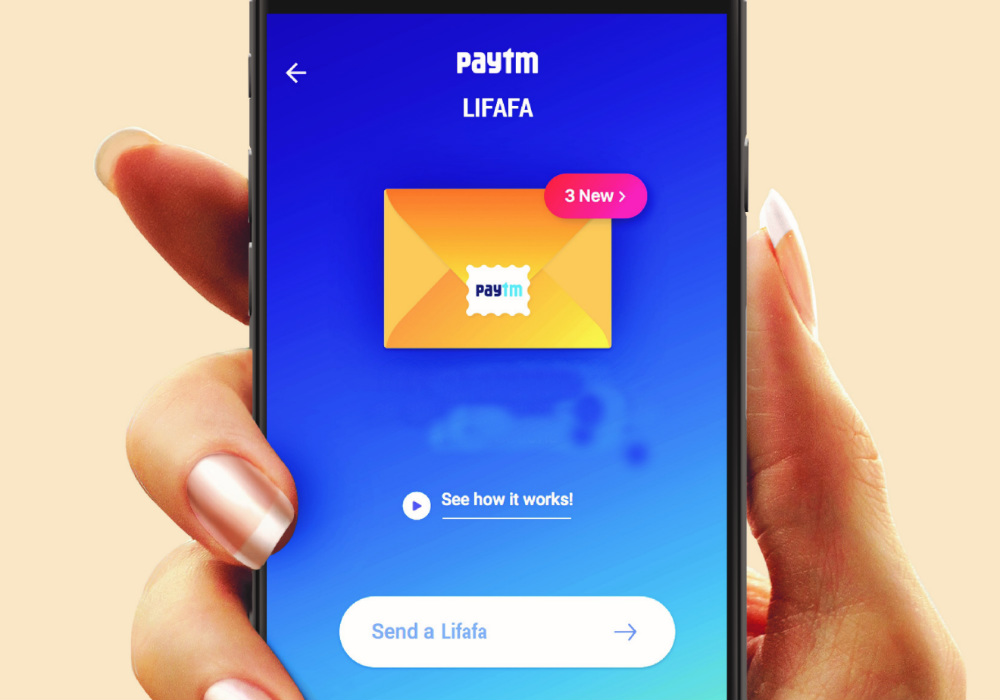 After receiving backlash by the government-operated India Post over the unsanctioned use of the term ‘postcard’ digital wallet Paytm has rebranded its cash envelopes to lifafa.

Last week it was reported that the Department of Posts had sent a notice to Paytm founder and CEO Vijay Shekhar Sharma, stating that only India Post has the exclusive right to use the word ‘postcard’ as per IPO Act rules and regulations.

Deepak Abbot, Senior Vice President Paytm said, “Paytm Lifafa offering has gained a lot of traction within a short period of time. We are rebranding it to ‘Lifafa,’ a native word that holds a strong emotional connect and social relevance across generations. This will help in further establishing our payments offering as the go-to platform to send money instantly.”

Paytm had launched a digital version of shagun during this year’s Raksha Bandhan. It was conceived as a digital version of the ‘shagun’ that allows friends, family and employers to gift money during special occasions like weddings or anniversaries and also festivals like Diwali, Eid, Christmas, Pongal, Ganesh Chaturthi or Durga Puja.

The Paytm Lifafa also allows users to send cash using various other themes like Thank You, Lucky You and Best Wishes. Users can also send customised messages with the Lifafa.

A recent entrant in the digital payments space and another bet of SoftBank is Hike Messenger. The company had launched a UPI-enabled digital wallet – Hike Wallet – months ahead of the proposed launch of digital wallet of rival WhatsApp in India. At the time of launch, Hike had also a digital cash envelope option called Blue Packets. It resembles Tencent-backed WeChat’s digital cash envelopes – red packets (earlier called “Lucky Money” or “Red Envelopes”). Currently, users can choose from 12 crafted envelopes, add a personalised message. A Blue Packet comes with a 24-hour expiration limit. It can be sent to an individual or even a group of people on the Hike Messenger app.

With the newly-launched postcard, now rebranded to a ‘lifafa’ the digital wallet Paytm is looking to engage more users. By rebranding the offering it has avoided the run-in with the government-operated India Post.