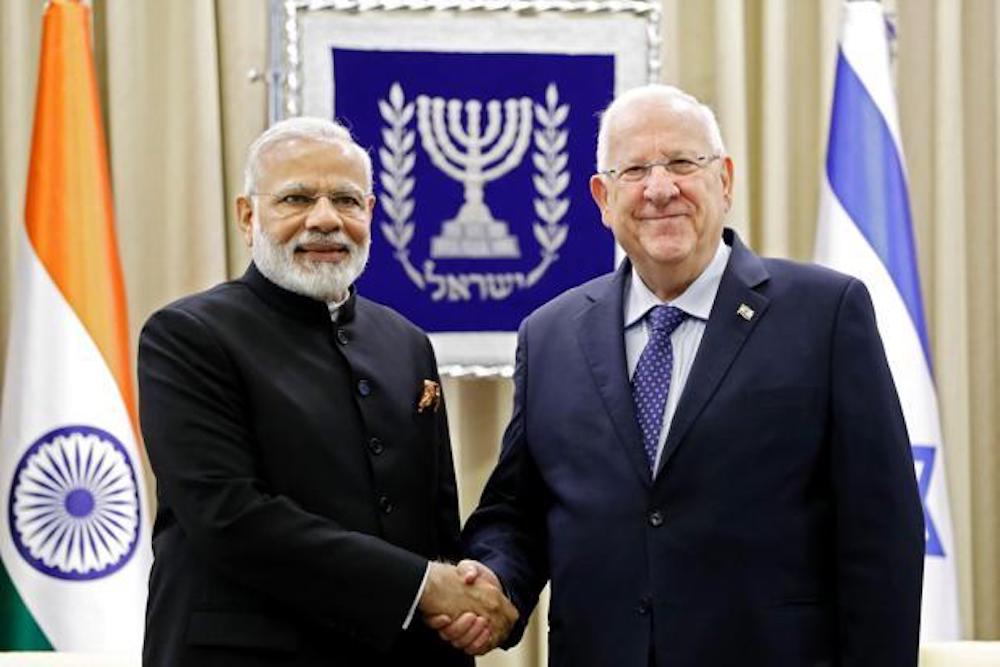 During his three-day trip to Israel, Prime Minister Narendra Modi has launched a five-year technology fund – The Israel India Innovation Initiative Fund, or I4F. The fund aims to grow the business relationship between both countries.

The announcement was made during the second day of his visit with his Israeli counterpart Benjamin Netanyahu. This is the first time that an Indian Prime Minister has visited Israel. The key focus of the visit was to identify segments where bilateral agreements could be made. Apart from this, talks focussed on further expanding anti-terror cooperation and elevating relations to a strategic partnership.

Also, both the countries signed a Memorandum of Understanding (MoU) to set up a $40 Mn Industrial Research and Development (R&D) and Technical Innovation Fund.

As per a Business Standard report, ahead of the visit, the Israeli Cabinet set aside a budget of $79.6 Mn (INR 514 Cr) along with a 23-page document containing scores of bilateral measures. “This is a bigger sum than Israel has ever set aside for China, Africa, and Latin America combined. No fewer than 11 ministries were involved in preparing the program,” stated the report.

Hello Israel! Today I begin a special & historic visit with the aim of further strengthening the relations between India and Israel. pic.twitter.com/q8mfeaciIu

India-Israel Collaboration: A Look On Other Bilateral Pacts

In all, seven bilateral agreements have been concluded in different areas such as space, agriculture and water conservation.

PM Narendra Modi also met Israeli President Reuven Rivlin, who had earlier visited India in November 2016. Their discussion charted out the ways in which both countries can strengthen their bilateral ties and how India can use Israel’s cutting edge technology in its, ‘Make In India’ initiative.

Am confident that the strength of India-Israel links, old & new, will hold us in good stead as we forge a partnership for the 21st century.

India-Israel: A $25 Mn Collaboration Potential By 2025

In a recent report, Nasscom and Accenture have identified a “Vision 25/25.” This estimates that by 2025, up to $25 Bn of revenue potential can be unleashed for businesses in these countries through cumulative cross-border investment into Indian and Israeli startups.

The framework IINSPIRE – Israel India Startup Platform for Innovative Research and Entrepreneurship – aims to unleash the combined power of these two nations to deliver on Vision 25/25, by combining their strengths across three areas: talent, technology and temperament.

The report was launched to mark the 25th anniversary of the establishment of diplomatic ties between both the countries.

As stated by the Prime Minister during his visit to Israel, “India has suffered firsthand the violence and hatred spread by terror. So has Israel. Prime Minister Netanyahu and I agreed to do much more together to protect our strategic interests and also cooperate to combat growing radicalisation and terrorism in West Asia. We also discussed the situation in West Asia and wider region. It is India’s hope that peace, dialogue and restraint will prevail.”

India-Israel ties are decades old. From time to time, collaborations have been done between both the countries in areas such as defense, diplomacy, agriculture, water management, and trade. For instance, an Israel-India agriculture action plan for 2015-18 is already operational. Also, Israel has helped India to develop 15 of the proposed 26 centres of excellence in agriculture In India in two phases: 2010-12 and 2012-15. However, this is the first time that India and Israel have taken an initiative for the growth of startup communities, at such a scale.

Here is a video where Daniel Carmon, the Israel Ambassador to India, talks about the growing ties between Israel and India.

(The development was reported by LiveMint.)