India In The Midst Of Major Tech Disruption With Startups: Amitabh Kant

India In The Midst Of Major Tech Disruption With Startups: Amitabh Kant 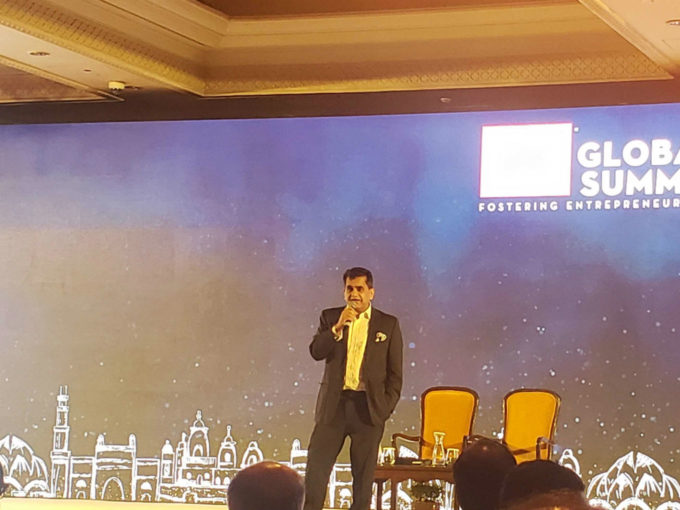 The growth and disruption promised by Indian startups has given hope to the government for the economic potential and capacity of the technology-led revolution.

Addressing the gathering of TiE Global Summit on Thursday (November 14), NITI Aayog chief Amitabh Kant emphasised that India is in the middle of technology disruption. He said that the technology startups will disrupt the established leaders of industry.

He further emphasised that in sunrise sectors such as mobility will see more disruption. He said that established players such as Hero are investing heavily in the disruptive startups.

“The real big disruption will be in battery storage. It will be the big sunrise sector of the future,” Kant added.

Recently, speaking at the India Economic Summit, Kant said that the government is pushing for public sector disinvestment and asset monetisation in a radical way. He also mentioned how the government is working to ensure that startups are never starved for funding in India.

Further, he said that one of the great things happening in India is that startups are actually finding innovative solutions to the real problems in the country, before going on to speak about the government’s plans to ensure funding of startups and other issues.

At the TiE summit, he further reiterated his belief in the artificial intelligence capabilities. Kant said that AI will add $16.75Bn to global economy by 2030. Further, he said that AI in India can add 1.3% to the GDP Y-o-Y.

He emphasised that there are 600 startups working in machine learning or artificial intelligence in the Indian market today. Kant said the government is looking to solve challenges such as bringing such huge data sets to public domain for startups to leverage and create solutions for such problems.

Kant concluded that India is solving massive problems at an affordable price point. He added, “It is good to see the tremendous amount of energy, vibrancy, and dynamism shown by startups in India. There are many startups that are driving disruptions across sectors. From the government’s side, we are doing and will continue to do all we can to support the growth of Indian entrepreneurship.”