India Had Over 36 Weeks Of Internet Shutdowns In 2019: Facebook Transparency Report

India Had Over 36 Weeks Of Internet Shutdowns In 2019: Facebook Transparency Report

Kashmir made a major chunk of the duration of the shutdown 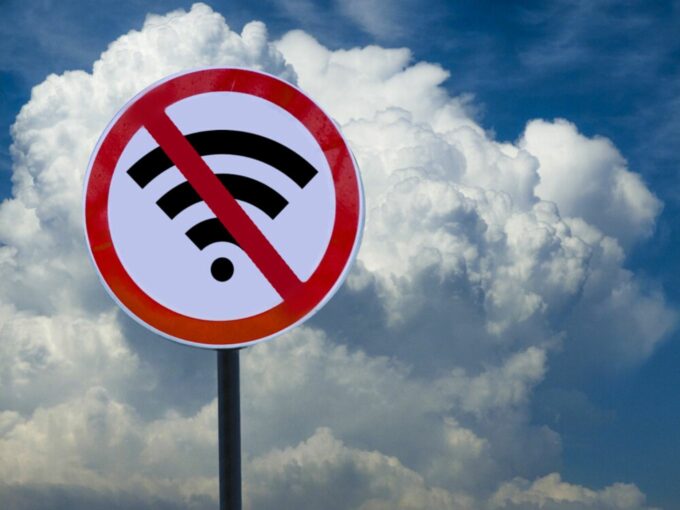 The Indian government has constantly been selling the dreams of digital India through incentives, services, and schemes. However, several reports have been suggesting an alternate reality with the $1 Tn digital economy on the line. India has once again overshadowed all the other countries in the world to become the country with the most internet disruptions in 2019.

According to Facebook’s transparency report on Internet Disruption, India has faced over 40 incidents of disruptions between July – December 2019, which lasted up to 36 weeks, 6 days, and 9 hours. As expected, the disruption of internet services in Kashmir from August 5, 2019, has been one of the most significant cases in India with the shutdown of internet services for over 21 weeks, 1 day and 20 hours.

Notably, the government of India had restored the 2G mobile internet services in Kashmir, back in January 2020. However, social media and other communication platforms were barred on the network. Even though the services were resumed in March 2020, 4G internet services still are prohibited in the newly formed union territory of Jammu and Kashmir. The Kashmir internet shutdown is the longest in the world.

Overall, the internet shutdown in Darjeeling, West Bengal between June 17 to September 2017 is the second-largest internet disruption of 100 days, which did not take place in Jammu, Kashmir or Ladakh regions.

But as per the Facebook data transparency report, which recorded the data between July – December 2019, Muzaffarnagar was a distant second with internet shutdown lasting up to 1 week, 1 day and 18 hours. Assam, Meghalaya and Saharanpur in UP had also witnessed such disruptions lasting over a week. The list also included Meerut, Azamgarh and Aligarh in UP, Jaipur in Rajasthan, Tripura and more. 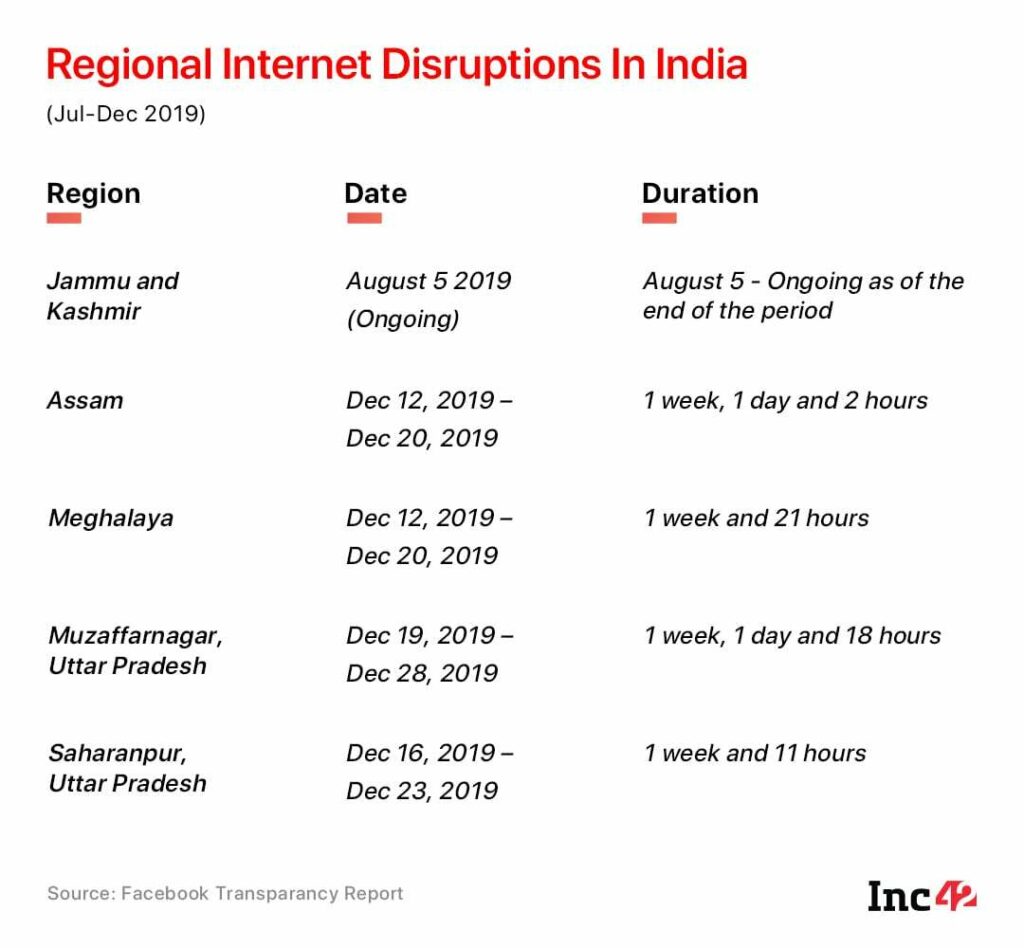 Globally, India was followed by Myanmar with 2 incidents of such disruption that lasted up to 35 weeks, 1 day and 1 hour. Besides this, Ethiopia was a distant third with 1 disruption lasting up to 7 weeks and three days. The list also included Iraq, Indonesia, Iran, Chad, Sudan and Mauritania with one incident each. 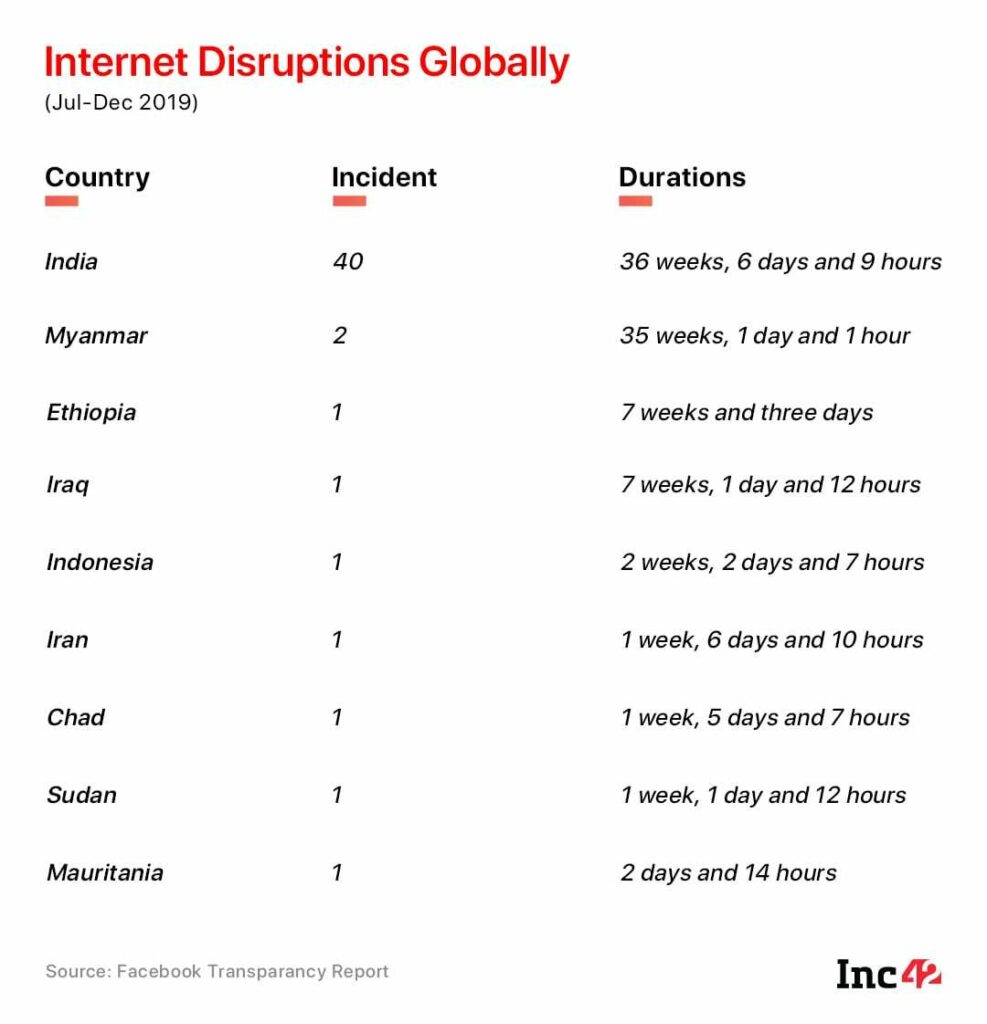 According to a UK-based tech research firm Top10VPN, India faced 4,196 hours of internet blackouts in 2019, which cost the Indian economy close to $1.3 Bn in 2019. The Top10VPN’s ‘The Global Cost of Internet Shutdowns in 2019’ report also stated that some of the most affected Indian states and union territories that were impacted by internet shutdowns included Jammu and Kashmir, Meghalaya, Arunachal Pradesh, Assam, UP and Rajasthan.