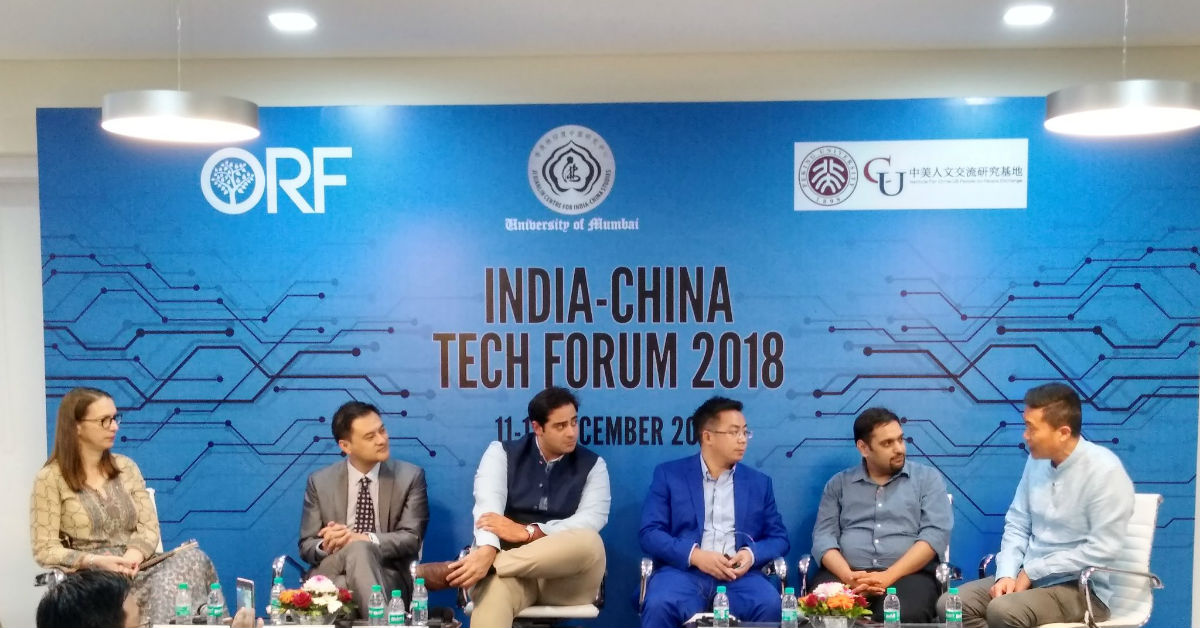 The Ji Xianlin Centre for India-China Studies will be the site for curating scholarships and discussions on bilateral ties. Launched on December 11 at Mumbai University, the forum brought together a group of scholars, entrepreneurs and regulatory lawyers.

India and China have been posing up and coming challenges to the Silicon Valley startup ecosystem. The duo, both with mammoth populations of billions, are attractive consumer markets and have also fuelled innovation along with being a testing ground for new age technologies such as big data, artificial intelligence, and blockchain.

Wu Jaifu, Chairman, Mumeng Group, said that ensuring the maximum people derive benefits from businesses was the main reason for the success of the internet-based industries in China.

“However, a challenge has been how to invest to ensure success in internet industries and how to learn from failed ventures. Partnership models through FDI have been an important instrument in this regard,” he added.

India-China: A Growth Story Of Synergies

Even though the Chinese startup ecosystem is much bigger and extensive than the Indian one, Chinese investors have been betting big on Indian startups. Major players like Chinese ecommerce platform Alibaba and social media and gaming company Tencent have invested billions of dollars in India and have enabled the emergence of many new unicorns here.

Data from Venture Intelligence, analysts of private equity, shows that Chinese VC funds invested a total of $931 Mn in India this year.

Since its foray into the Indian ecosystem in 2015, Tencent has invested hefty sums in late-stage startups. Its early bets include Practo, Hike, Flipkart, and Ola. SoftBank has brought impetus to startups such as Flipkart, Paytm, OYO, and PolicyBazaar, among others.

Alibaba has been helping build Paytm’s ecommerce unit Paytm Mall and catapulted it into a unicorn within just a year. The Alibaba Group has so far invested more than $2 Bn in Indian companies such as One97 Communications, which operates Paytm, online grocery delivery startup BigBasket, ecommerce company Snapdeal, and online food aggregator Zomato.

On the other hand, major Indian startups such as OYO, Cashify etc have expanded their services to China to fuel their international growth.

India-China bilateral trade reached $84.44 Bn in 2017, which was a major accomplishment in light of diplomatic standoffs like the China-Pakistan Economic Corridor, the Doklam issue, etc.

The India-China Tech Forum launch also touched upon topics such as the future of cyber norms between the two countries, future technology and sustainable development in a digitally connected future, China’s ecommerce market in India, and India embracing China’s mobile phone boon.

India, which has the third largest startup ecosystem in the world, has been actively engaging with other countries to push for digital transformation.

In 2017, Indian Prime Minister Narendra Modi and Israel Prime Minister Benjamin Netanyahu had launched a bilateral innovation challenge named the India-Israel Innovation Bridge aimed at guiding startups from both the countries to help them expand.

With India and China trying to find trade and technology synergies, the tech forum is a step in the right direction and is sure to help the two countries strengthen ties.