Inc42 Mixer: Delhi’s Entrepreneurs Come Together For A Relaxed Evening Of Bonding

Inc42 Mixer: Delhi’s Entrepreneurs Come Together For A Relaxed Evening Of Bonding

The theme of this mixer was #Noagenda 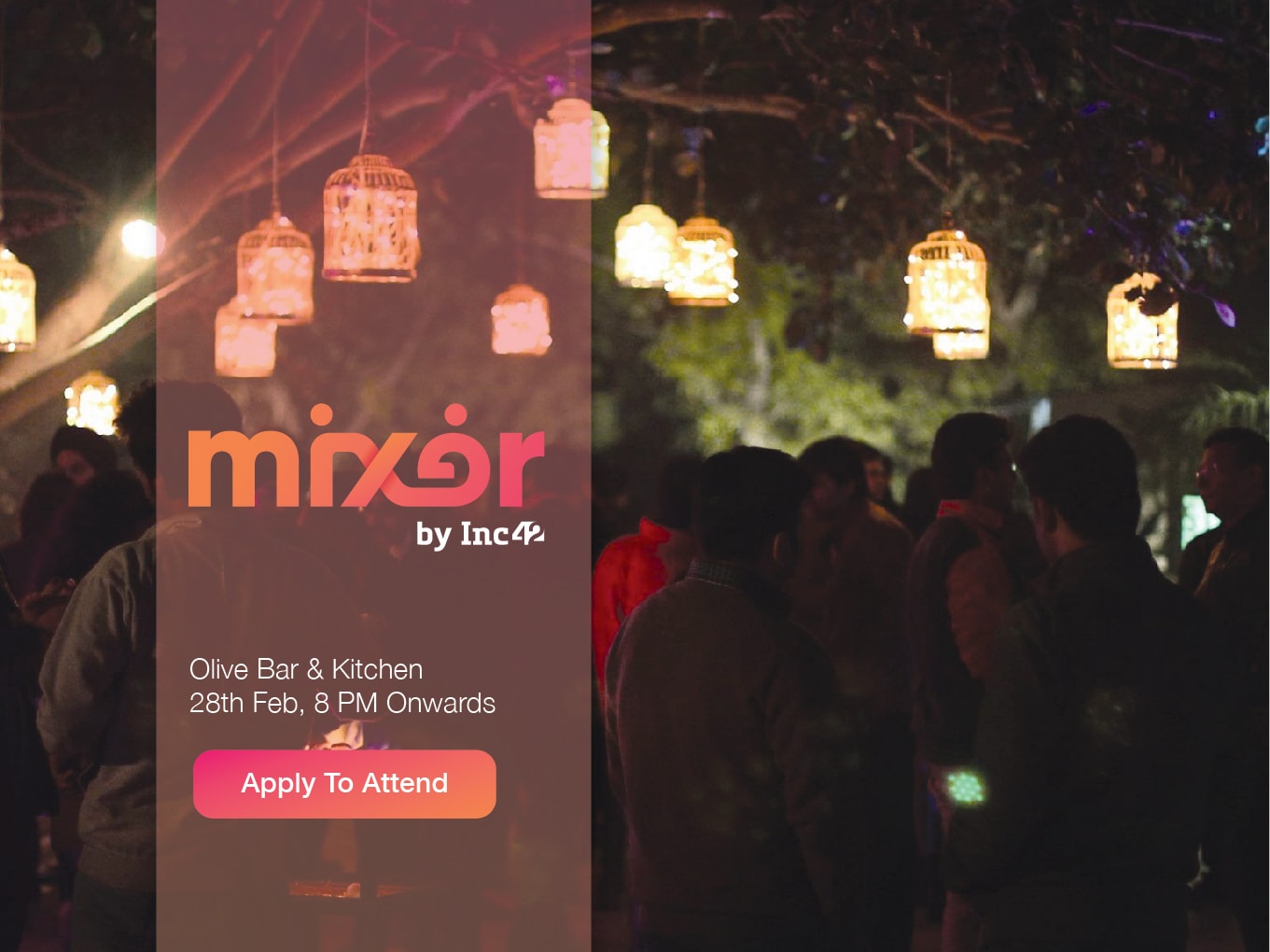 For entrepreneurs a moment of peace is a rare thing. From meeting clients, to meeting deadlines, dealing with government officials, to chasing investors, a founder’s dream is a hard one to realise.

Yet there are times which make the hustle worth it, and for Delhi’s entrepreneurs one such event this year was the Inc42 Mixer, which was held at the Olive Bar on February 28.

The Inc42 Mixer has been bringing together entrepreneurs, investors and influencers since 2015. And this idea has grown over the last three years, pulling in an eclectic mix of people who are making a meaningful contribution to the Indian startup ecosystem. Be it Delhi or cities like Chennai, Inc42 Mixers have witnessed startup verse networking and building connects beneficial for their companies in an informal setup and where everyone can meet anyone without any appointments required.

So on the cool summer evening, some of the most influential professionals in the area gathered to forge strong, lasting relationships within the community.

While it is customary for us to have industry-based themes for our events, it seemed too good an opportunity to waste on mundane shop talk. Thus the theme of this mixer was #Noagenda and everyone embraced the idea wholeheartedly and had a great time.

And when it was time to go, all the guests got a bag of goodies from Arata and Raw Pressery, our gifting partners. Arata makes cosmetics without any chemicals in them, while Raw Pressery is known for their preservative-free fruit juices.

After wrapping up a busy 2018 with The Ecosystem Summit in November, bringing together over 250 entrepreneurs, investors, and senior government officials, we at Inc42 are keeping the ball rolling and have also held another F.O.U.N.D.E.R.S. meetup in March.

We at Inc42 have planned  a lot of great events, meetups, panels, workshops, conferences in the rest of the year, so stay tuned.