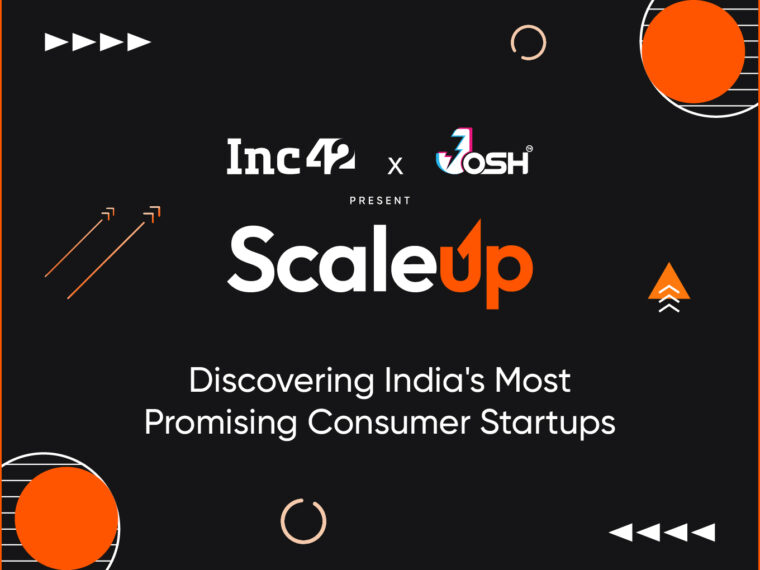 Inc42, in association with Josh, seeks to recognise and support India’s most promising consumer startups

Twenty winning startups will be awarded ad credits by Josh, be featured on Inc42 and receive other benefits

The golden age of India’s internet economy has arrived! According to TRAI, more than 834 Mn Indians use the internet for entertainment, communication, shopping, learning or other purposes. Nielsen’s latest report also points out that nearly 89% of active users in India browse the internet every day.

Fast-falling data costs, the emergence of vernacular-first apps, an explosion in digital transactions and the rise of content commerce, especially video and social commerce, are driving India’s digital transformation and boosting the usage of its technology infrastructure.

The fierce pace of internet adoption in the wake of the pandemic has further propelled the growth of digital businesses. As a result, the domestic ecommerce market is pegged to reach $400 Bn by 2030.

According to RedSeer, the country’s fast-evolving consumer internet economy is growing at 50% YoY, paving the path for a trillion-dollar opportunity by 2030. In fact, many digital-first startups in this space act as catalysts for rapid tech innovation and aim to disrupt the incumbents.

We at Inc42 are always on the lookout for India’s most promising startups. Since 2015, we have been actively supporting India’s startup ecosystem through several initiatives, including reports, trackers, playbooks and events.

This time around, we are focussing on the B2C ecosystem. In a bid to discover India’s most promising consumer startups in B2C landscape, Inc42 has partnered with the short-video platform Josh to launch ScaleUp — the consumer internet edition.

Startups in the B2C segment have ushered in a brand new era of consumer retail, which has been acknowledged well at home and abroad. In the last quarter of 2021, B2C startups from India raised $5.6 Bn in funding across 116 deals. Through ScaleUp, we aim to identify and recognise India’s 20 most promising early-stage B2C startups, which have the potential to transform India’s consumer landscape and their customers’ everyday existence.

Why B2C Startups Should Apply

“We are looking for startups who have an eagerness to innovate and provide them with a platform to reach out to a larger audience base across Bharat,” said Virendra Gupta, founder of VerSe Innovation (the parent company of Josh).

If you are an early-stage B2C startup with big ideas to reshape India’s consumer internet economy, joining ScaleUp will provide you with a bouquet of advantages:

To participate in ScaleUp, startups must fill out the application form. Only those who complete the entry form will be considered for the selection process.

India’s early-stage B2C startups which have successfully demonstrated innovation or have the potential to disrupt a category will be selected and ranked by an esteemed panel of industry leaders and Inc42’s editorial team.

The winners of ScaleUp will be announced in September 2022.