For the year gone by, 81 mergers and acquisitions were recorded in the Indian startup ecosystem, which is nearly a third lower than last year

The decline in M&As has been worsening since 2019, but BYJU’s acquisition of WhiteHat Jr was the standout deal of the year

As for the sector-wise distribution for M&As, 16% of the total M&A deals were for edtech startups, 13.6% for ecommerce and 11.1% for fintech. 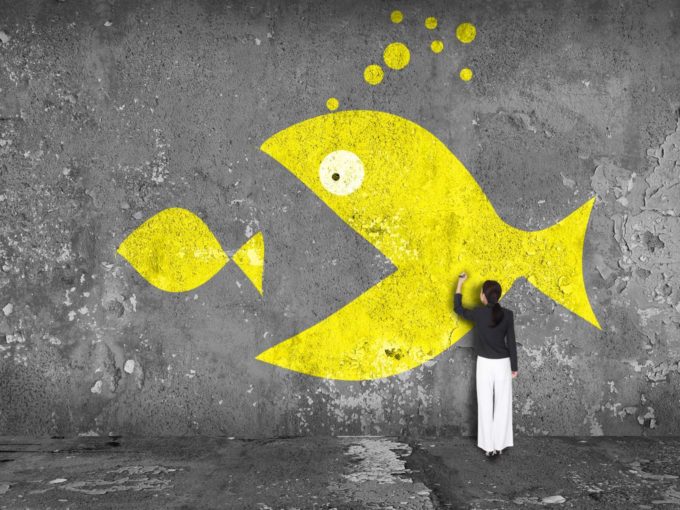 The final numbers for the year in Indian startup funding are in, and there are plenty of takeaways in mergers and acquisitions (M&As), funding stages and more.

Understandably, given the pandemic, the total funding amount for the Indian startup ecosystem has fallen by 10% year-on-year (YoY) to $11.5 Bn, however, the deal count has increased 14% to 924 deals, suggesting that despite all the troubles, Indian startups have withstood the challenges posed by the Covid-19 pandemic rather well. Get the full report by clicking the button below:

At the beginning of 2020, Inc42 Plus had predicted that the total funding amount could fall anywhere between 11%-36% YoY in 2020. That the funding has declined by just 10% is thus a positive indication for future growth, also the maturity of the country’s startup ecosystem.

But the same cannot be said about M&As in the year. With 81 M&A deals in the Indian startup ecosystem this year, the total tally was 27% lower than the 111 M&A deals recorded last year, which was already a five-year low.

Therefore, the M&A count for Indian startups is the lowest in six years, which could be a worrying sign if the decline continues in such a sharp manner.  The primary understanding is that the Covid-19 pandemic impact chilled many acquisition talks this year, while the few startups that did get acquired managed to do so on the basis of their growth before the year, or for survival as distress sales. BYJU’s acquisition of WhiteHat Jr stood out among the top acquisition stories of the year.

Distress sales such as Urban Ladder’s INR 182 Cr sell-off to Reliance Retail did happen, but many startups that witnessed a cash crunch seem to have withstood the urge to seek a hasty exit,  perhaps troubled by the lowly valuation figures being doled out amid the pandemic. Companies would be hoping for a better number in 2021 which could drive up M&As overall.

As for the sector-wise distribution for M&As, 16% of the total M&A deals were for edtech startups, 13.6% for ecommerce and 11.1% for fintech. Despite the slowdown in M&As, funding for growth-stage startups continued unabated in India this year — 11 Indian startups defied the pandemic’s impact to enter the unicorn club in 2020.

Fintech and edtech, along with enterprise tech, were the top three performing startup sectors for funding deals this year. This is because due to the Covid-19 pandemic, the addressable market for startups in these sectors increased manifold. This meant that Bengaluru-headquartered Unacademy, merely five years old, emerged as the biggest acquirer this year, having acquired five startups, and also entered the unicorn club in September.

With the assimilation of a range of offerings in the edtech space, platforms like BYJU’S and Unacademy are seen to be moving closer to becoming ‘super apps’, with a multitude of offerings that will give students a variety of choices and a complete learning experience.

So would the larger motivation behind consolidation in the edtech space be the super app plays that could see the sector become a duopoly in India?

“We’ve seen this trend with a lot of digital companies in other sectors as well, whether it be ecommerce or food delivery. The strong ones become stronger because scalability isn’t an issue for them and the weak ones eventually die a slow death,” said Santosh N, managing partner D and P Advisory LLP and external advisor, Duff and Phelps, a financial consultancy firm.

He compared the developments in edtech to ecommerce a few years ago, when Amazon and Flipkart ended up becoming the most dominant players. “The lady who gives tuitions to kids from the neighbourhood could soon be roped in by BYJU’S. Coaching classes could be subsumed under the online learning space. It depends on the bigger players on how they exercise their power on whether an Indian edtech market with just two or three major players would be a good or a bad one,” he added.