PM Modi tests his shooting skills at the DefExpo 2020 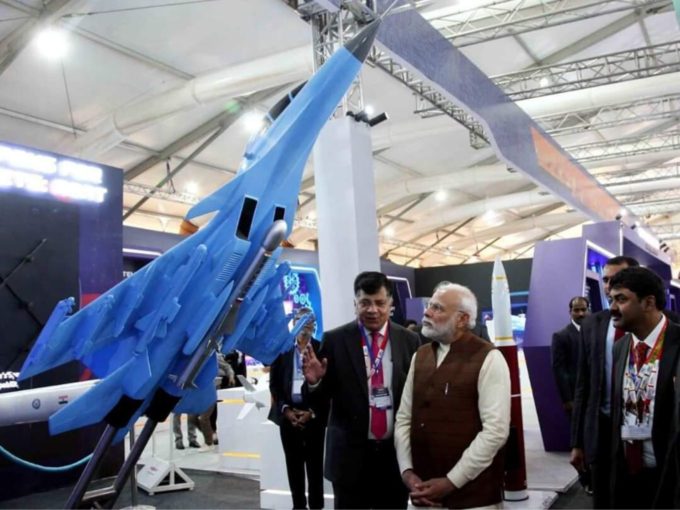 A team from Institute of Technology Madras (IIT Madras) has unveiled one of the fastest, medium-range ramjet supersonic cruise missiles — BrahMos — that can be launched from ships, submarine, aircraft or land at the DefExpo 2020, which started, on February 5.

Lt Gen PR Shankar from the department of aerospace engineering at IIT Madras and a retired director general of artillery, told TOI that they are on the verge of a breakthrough in ramjet technology, where they will be doubling the rage of attack. This is said to increase the capabilities of India’s combat, significantly.

Technically, the 155mm ramjet missile has a maximum range of 70 to 80 km and can hit targets with pinpoint accuracy, as mentioned by a few defence experts.

Further, Shankar said that ramjet-powered artillery was one of the cutting-edge technology in the defence sector, and the range can differ based on the ratio of oxygen and igniting agents. “Whenever oxygen content in the fuel is reduced or increased, the range goes up or down,” he added, as quoted by TOI. Unlike normal missiles, ramjet uses atmospheric oxygen to burn fuel, thereby giving that medium-range it requires to hit the target, precisely.

Most importantly, the missile technology developed by IIT Madras can reduce India’s expenditure on imported ramjet missiles by 20%.

In addition to this, at the event, IIT Madras will also be showcasing other projects such as multi-role expendable unmanned aerial vehicles (UAVs) or drones and next-gen fire control network platform which will ensure that all guns and missiles in an area work in a unified manner to produce a force multiplicative effort.

The eleventh edition DefExpo which is being held in Lucknow from February 5-9, 2020, showcases new technologies, defence solutions, where manufacturing companies from India and abroad get to unveil their products and services under a single platform.

This year, the theme of the DefExpo India 2020 is ‘India: The Emerging Defence Manufacturing Hub,’ and the focus is on the digital transformation of defence.

Overall, over thousands of companies, including 172 foreign defence manufacturers and stakeholders of 38 countries are expected to participate in DefExpo 2020. It was inaugurated by Prime Minister Narendra Modi, where he was seen testing his shooting skills in a virtual firing range. According to various media sources, this year, the number of participating international companies has increased from 160 to 172 entries.