It is the only Asian team to qualify for the final round with 19 other teams.

The competition will take place on July 21st 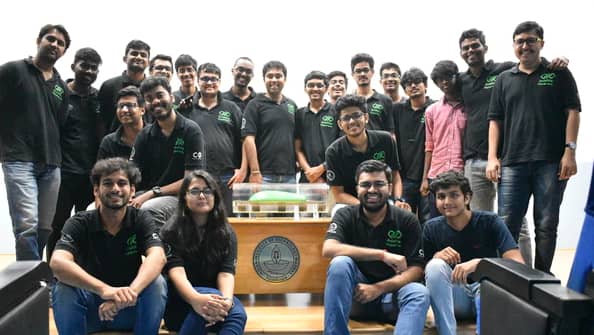 Avishkar Hyperloop, the team from Indian Institute of Technology-Madras (IIT-M), has reached the final round of the SpaceX Hyperloop Pod competition 2019 being held in Los Angeles (California) this year.

The team constitutes of 25 students — the only Asian team to be qualifying for the final round with 19 other teams.

“There are several deadlines all through the year and the finals begin in July. So in the 2018 competition we managed to clear the filter round and were out of the 47 teams that were chosen from among the 1200-odd competing teams. The preliminary round is when you give an overview for your design and the final round takes care of detailing on how foolproof your pod is,” said Pranit Mehta, one of Avishkar Hyperloop’s team members, Mint reported.

The team’s pod design is similar to that of an electric vehicle. The idea originated after having worked on a model that ran on levitation and linear-induction motors (type of contactless motor).

“After working on the initial designs and having done research on them, we realized our pods became heavy, so we changed it to the current one. The pod that is going to the competition has been completed and we will soon ship it to the US so that it reaches the competition in time,” Mehta told.

The IIT-M student team at this year of the competition will be locking horns with some of the best teams in the world — Massachusetts Institute of Technology (MIT), Purdue University, Technical University of Munich, University of Washington, and Queen’s University among others.

The project cost nearly INR 1 Cr to complete — from designing the pod to building it, with P2P (peer-to-peer) lending firm RupeeCircle as a financial partner. The press release sent out by the company’s founder and CEO Ajit Kumar said that the lending firm, as a startup, decided to support the IIT team as it is aware of the hurdles that innovators face on their quest to success.

The competition will take place on July 21st. The competition, as stated by SpaceX, will be judged solely on one criteria: maximum speed with successful deceleration (without crashing), and all pods must be self-propelled. For the competition, teams must use their own communications system and SpaceX will not provide an on-pod communications system, which is otherwise known as the Network Access Panel (NAP). Besides, the pods must be designed and tested to propel themselves within 100 feet of the far end of the tube before stopping. This can happen with a single main run slow crawl after the pod has completed its main run.