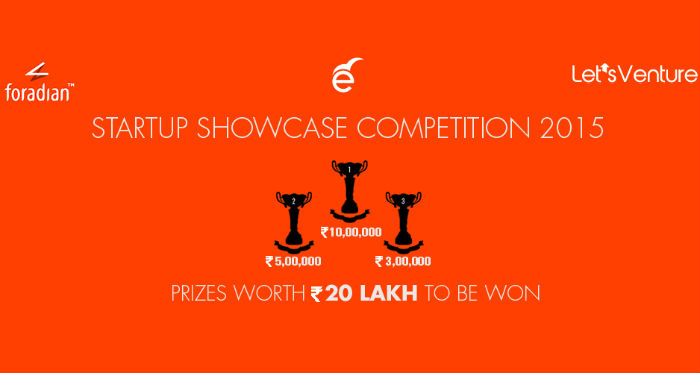 The Entrepreneurship Development Cell (eDC) of IIT Delhi, in association with Foradian Technologies and LetsVenture, is organising its flagship event Startup Showcase Competition, a three-stage competition aimed at providing a platform for the Indian Startups to showcase their budding ventures to some of the top mentors and investors from India and abroad.

According to Ravish Ratnam, President of eDC, IIT Delhi, “Being entrepreneurship enthusiasts ourselves, we firmly believe that a startup cannot be judged in one day, and hence the competition is more of a process rather than a single event, spanning a period of three months, with each team monitored by a group of mentors beyond the first stage, hence ensuring a productive three months for each of the participating teams.”

Participants can submit their applications till 25th January, 2015 after which around 40-45 startups would be selected for the second round. Selection into the third round would depend on the commitment of all the members of the startup towards their idea. After selection into the third round, startups would be assigned a mentor from some of the top VC firms such as Sequoia, Helion etc. and would be provided structured mentoring. The final stage of the event will conclude on 7th March at IIT Delhi.

Besides providing an enriching experience, the competition offers prizes worth 20 lakhs to the winners, along with a trip to The Silicon Valley. The winner would receive INR 1Mn, whereas the first and second runners up would get INR 500k and INR 300K respectively