#IHaveAJoke On Indian Startups, But LinkedIn Blocked It!

#IHaveAJoke On Indian Startups, But LinkedIn Blocked It!

This week, tech Twitter gave everyone a piece of their mind with #IHaveAJoke Trend

While Paytm’s Vijay Shekhar Sharma made sly remarks on the current situation, Cred’s Kunal Shah ended up trending for a bit with his marketing stint 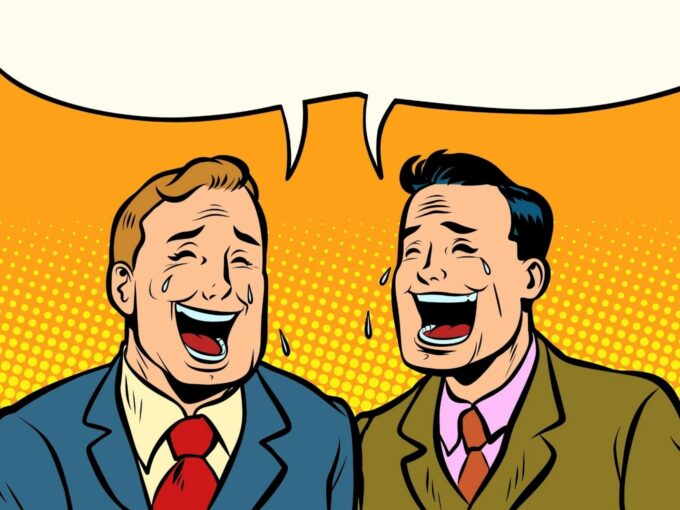 Dark humour found a vent on tech Twitter last weekend with a hashtag #IHaveAJoke. Nobody was lying here, but only writing fiction with their tweets again. Most pretend to care in their bid to be sarcastic. The exchange led to some rib-ticking tweets and also a few tongue in cheek comments. In the course of the pandemic gloom this has been the second such attempt by startup founders and investors to give a breather in these tough times. Earlier in June, may took to social media platforms last month in a hilarious ‘Ruin a VC firm by changing one letter of their name’ campaign.

Everyone from top executives to investors have been going all out Tweeting the jokes they have in mind. While all these jokes have been rib-tickling, some of them have spoken a lot without revealing too much. For instance, Paytm’s Vijay Shekhar Sharma had a slight remark on the fintech industry with his “I have a fintech joke, but it is waiting for a license and approval before I can tell.”

Like NITI Aayog’s CEO Amitabh Kant recently said that fintech is the sector that has been the shining star of India’s startup and technology ecosystem, but there is no denying that the regulatory hurdles have time and again come in the way of the development of this sensitive sector. The Steering Committee on Fintech Related Issues set up by the Ministry of Finance had also submitted 45 recommendations to enable fintech, particularly in critical sectors of the economy, and to promote ‘ease of doing business’ in India.

But Sharma did not stop at commenting on fintech regulations, he also took this opportunity to bring the rise in phishing scams to light and generate awareness among the users.

Since June 1, the company has witnessed more than 560 instances of phishing scams costing up to INR 1.1 Cr to its users. The company has been actively generating awareness against such activities since last year, and has also dragged the telecom industry for their inaction in this regard.

Paytm Money’s former CEO Pravin Jadhav also took to Twitter with his “I have a joke about ESOPs, but you have to wait until they get vested.” We are not sure what this meant, but recently there were reports highlighting that Jadhav resigned from his position in Paytm Money over his differences in terms of ESOPs, annual salary and remuneration.

Angel investor Aniruddha Malpani, who has recently been blocked on LinkedIn for allegedly writing against edtech giant BYJU’S also took this opportunity to bring the issue to light once again in the backdrop of this trend.

For those who don’t know, Malpani had been actively writing about BYJU’S business model, work culture, and other negative aspects for a long time. LinkedIn had cited 35 of his posts in an email sent to him justifying his permanent ban. BYJU’S had claimed that they have engaged with Malpani’s criticism in the past but reported some of his recent posts for inaccurate claims.

Meanwhile, Twitter’s legal team has reportedly been sending multiple users emails that said they had received complaints that some tweets critical of BYJU’s violated Indian laws. Though BYJU’s has denied the same to Medianama.

While all this was happening, Cred’s Kunal Shah pulled a smart one, combining his marketing poweress asking users to crack a joke on him. His Tweet was the clincher, “Well, I have a joke on Kunal Shah too, but I don’t have enough CREDit rating.”

Fill the blank in comments.

Though the lockdown has lifted everyone is still stuck in this newly created virtual reality working extra long and hard to keep outputs at peak. But it’s completely alright to let it go every once in a while, and tech Twitter definitely seems to be providing a fleeting relief in times of gloom. But the latest hashtag upped the sarcasm a notch higher as it revealed the subtle art of punching at competitors with just words. A word of advice: Silence is golden but duct tape is silver.