So What If Your Backstory Doesn’t Ring True, If Your Startup Technology Can Be Adapted For A Greater Good, You’ve Got the Attention of The Sharks On Shark Tank Season 9 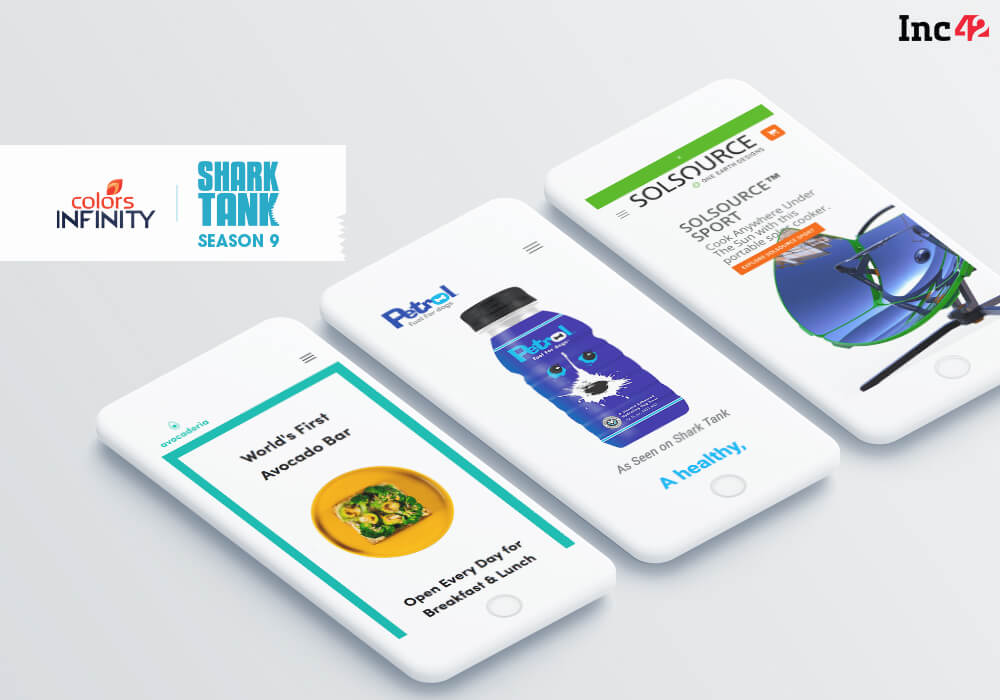 You can have an entertaining pitch, laugh, cry, rake up your starting-up struggles, play the underdog card on Shark Tank Season 9, but if you don’t have a brilliant product with numbers to back your claim and a solid business plan in place, you’re unlikely to cut any ice with the Sharks on Shark Tank. This is what the founder of Petro Fuel For Dogs, Julie Yenichek, learned on the show.

On the other hand, if you have a product or technology with potential to “put the fear of God in Elon Musk and put them out of business” as Mark asked Dr Catlin Powers, the founder of solar cooking solution SolSource, your Startup Idea can get the Sharks to loosen their purse strings even if your presentation seems rehearsed and your backstory doesn’t ring true.

Inc42 in association with Colors Infinity has been bringing all the juice from the business reality show Shark Tank Season 9 for its readers. Here are the highlights from episodes 21 and 22, a great watch for those who want to understand what goes down in the investor-startup world.

Remember those round tins that used to come packed with buttery cookies or candy treats? Well guess what: now they’re selling portable campfires in similar ones! Radiate Portable Campfire, a startup founded by Brent Davidson and Bryan Cantrell, is trying to solve the problem of setting up a campfire quickly. The duo was present on Shark Tank Season 9 pitching for $50k for a 20% stake.

Their product — a portable campfire — comes in an easy-to-carry, round tin box, lasts for six hours, is easy to light up and put out, and is meant for people camping on the beachside or spending a weekend in their backyard. The company, which had been in business for only 30 days at the time they came on Shark Tank, had already sold 1,100 units.

Now was the time for the Sharks to make a “smoking deal,” like the entrepreneurs called it. Barbara Corcoran was the first to make an offer for $50k for a 25% stake. But instead of jumping at the offer, Brent wanted to explain their sales figures to her. This ticked Barbara off and she told Brent that it would be annoying for her to work with him. But was still wanting to make an offer.

Mark Cuban and Lori Greiner opted out of the deal. Following this, there was some back and forth between Rohan Oza and Robert Herjavec. Rohan made the same offer as Barbara and so did Robert. Rohan made a strong statement saying that he brought with him a distribution network better than anyone else on the table. Robert got put off by this and doubled his offer for the same equity. The Sharks fight was the founders’ win. They put a lid on the deal and went with Robert as their partner or the “queen scout”, as he was called in this pitch of Shark Tank Season 9. 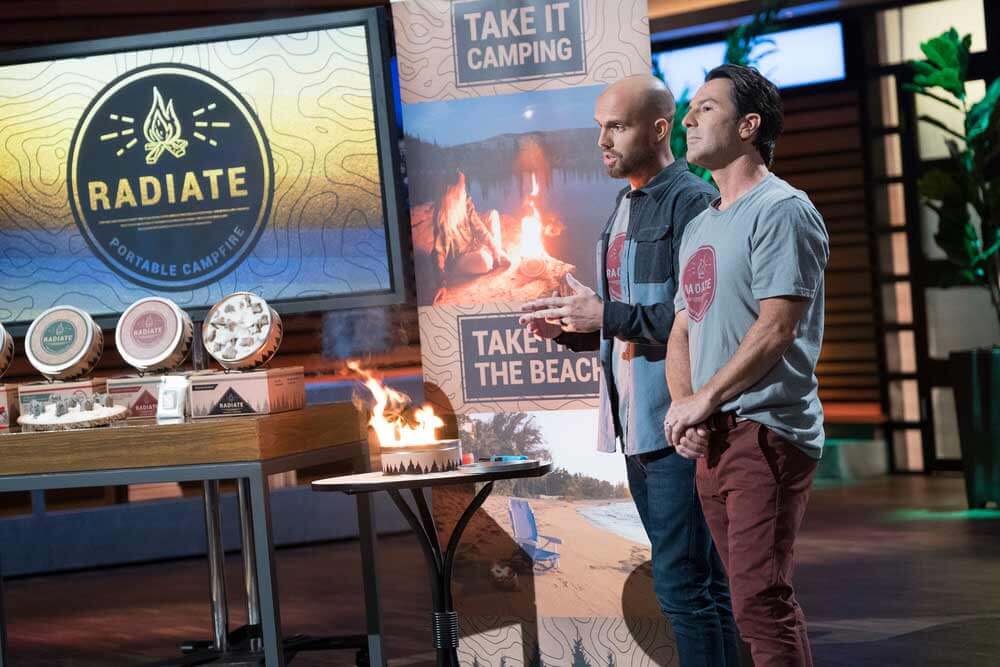 With avocado mania gripping most of the world — avocados with their creamy goodness and healthy fat have replaced butter on toast, cream in pasta, milk in smoothies and even dressing on salads — Alessandaro Biggi hit upon the idea of encashing on the trend. He launched his startup called Avocaderia which offers “fresh, nourishing ingredients to keep your belly happy and put a smile on your face.”

He was present on Shark Tank Season 9 pitching for $300k for a 10% stake in Avocaderia. He says his startup brings “the highest quality foods” and uses non-invasive cooking techniques to keep avocados looking and tasting great. The Sharks seemed to love the food, the presentation, and most of all the founder’s Italian accent.

Lori was the first to opt out as she’s not “a huge avocado fan”; Robert opted out as he felt the valuation was steep. Rohan was next and said avocado fatigue may settle in so he didn’t want in. That left Barbara and Mark, both of whom made a combined offer to Alessandaro for a $300k for 25% equity in the startup. Alessandaro asked for $400k for 20%, to which both Barbara and Mark agreed.

Most Shark Tank episodes are not complete without a pet product thrown in for good measure. Julie Yenichek and Ryan Huyghe were pitching for $150k for a 20% stake in their startup, Petro Fuel For Dogs. FOMO (fear of missing out) is catching up even with pets, or so thinks Julie, who is bottling up nutrient-packed beverages for pets to enjoy even as humans down their lattes and shakes.

To make the pitch more fun, they had Rocko, a dog, demonstrating athletic moves and lapping up some Petrol Fuel after the stunt. They had great packaging, a good pitch, but a very scattered plan and low sales, which dwindled their chances in the Tank.

Julie had started this company 10 years ago and shelved it once owing to lack of money. She then started it again with the help of Ryan, who put in $25k. But they had managed meager sales of $16,000.

The Sharks were unimpressed not only because of the numbers but also because she played on external factors like it was a woman-owned business etc. All the Sharks opted out, leaving the startup to find its fuel somewhere outside of the Shark Tank. 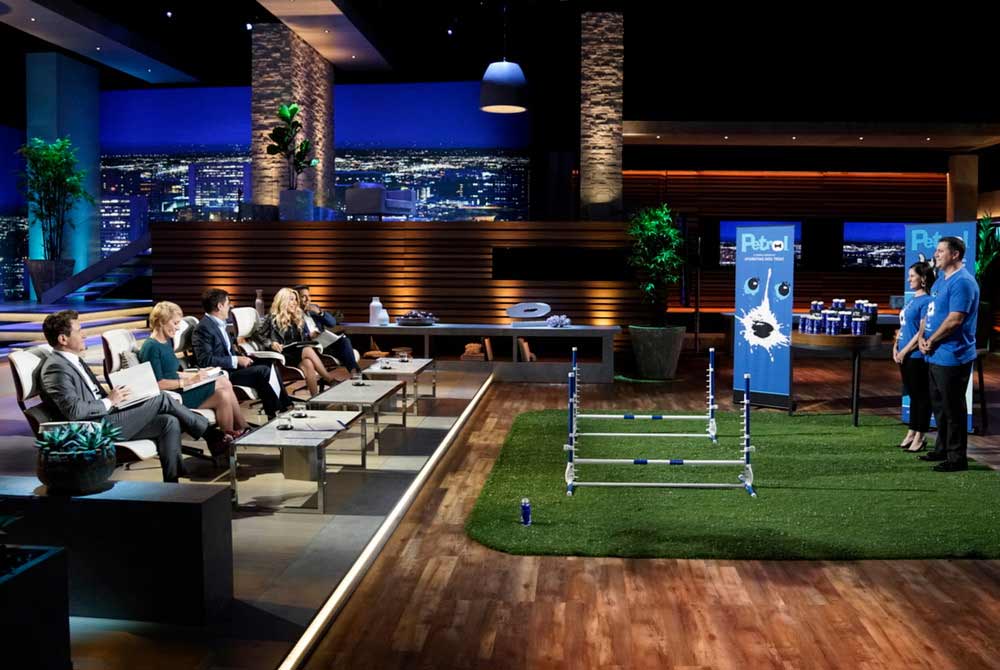 This was a pitch worth watching on Shark Tank. Dr Caitlyn Powers, owner of SolSource, walked confidently into the tank and offered the Sharks an “exclusive deal” — a 3% stake in her company SolSource for $500k — which had Rohan smirking. Her product is a grill powered 100% by solar energy that seeks to replace the conventional fuel on which grills run as it is time-consuming, expensive, leaves cancer-causing particles on your food, and causes pollution. Solsource has two models — Classic and Sports — which heat up to 500 degrees F in seconds and can cook a meal in 10 minutes. As long as you can see your shadow, you can cook with SoulSource, said Caitlyn. And it heats up 5 times faster than a charcoal grill.

The Sharks asked her to break down the numbers for them. The classic model sells for $499 and Sports for $249, Caitlyn said claiming to have an 80% margin when she sells directly. SolSource has a total of $1.3 Mn in sales, which made the Sharks go “wow”. But when they were unimpressed by last year’s $100k sales. But Caitlyn explained that was because her business was transitioning to the US from the Himalayas where they ran into ethnic trouble. She felt her startup would be able to achieve 500k sales in the current year.

Numbers apart, it was Caitlyn’s backstory that caught the Sharks’ attention, for good or for bad. Caitlyn, who had degrees in chemistry, environmental health, and a doctoral degree from Harvard, said she was inspired to build the solar grill when she went to the Himalayas 10 years ago for a scientific research project. A local family invited her into their home and she realised that air they were breathing was 10 times more polluted than the air in Beijing simply from cooking a meal. She claimed that 4.3 Mn people were dying across the world every year just of smoke pollution from cooking. “I couldn’t go back to my research as normal,” she said, adding she had to find a solution.

The Sharks didn’t seem convinced by her story. Mark asked her of all the things she could do with her technology, why a grill, to which Caitlyn didn’t have a convincing reply. The problem for Lori was that those who love barbeques are into the smell and the taste. Robert said he didn’t trust her presentation as Caitlyn had an incredible technology but was pitching them a grill, so he bowed out.

While Caitlyn started replying to Robert, Barbara chipped in and said Caitlyn had an answer to everything and felt like she was dealing with a really smart robot. Rohan also bowed out saying he had too many questions. It was back to Mark, who asked her, “Do you think you could put the fear of God in Elon Musk and put them out of business?” to which she said yes. Mark offered her $500k for 5%. Caitlyn countered with 4% and a board seat and Mark was in on this pitch of Shark Tank.

Whether or not Mark was convinced by her Himalayas story, we will never know!