Venture capitalist Mark Suster noted that most impacted markets would include food, hotels and travel

The past decades have been great for startups and VCs, Suster noted 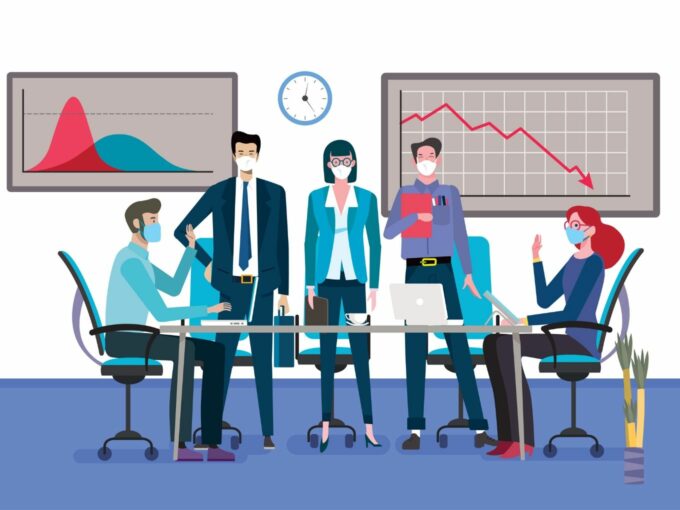 The business uncertainty around the impact of coronavirus has created anxiety and raised questions across the ecosystem. While in the public markets, the results are visible already with stock markets across the globe crashing; in the private markets, the ripples are already being witnessed.

In an attempt to bring clarity and better prepare for what may come in the future, venture capitalist Mark Suster has analysed the impact of similar events in the past and has listed down the probable outcomes of coronavirus in business in future. In a similar sentiment of one of the world’s leading VCs Sequoia Capital has also called a black swan moment. Suster said that if this is indeed a black swan, businesses should shore up cash now. But why?

He noted in his presentation that markets hate uncertainty and deflation, which may lead to valuation compression. He also said that if the market stabilises relatively quickly, capital markets tend to move past an initial sell-off. However, Suster said that this event feels different than previous such nosedives.

Coronavirus Comes At The Wrong Time

In terms of maximum impact of social distancing due to coronavirus, Suster noted that most-impacted markets would include chain restaurants, domestic air travel and hotels business. On a global level, Suster noted that factors which add to market uncertainty are November 2020 US elections, Brexit, deglobalisation and worldwide phenomenon of populism across the right and the left of the political aisle.

Suster emphasised that even amid markets crashing and external factors, the primary reason for companies going bankrupt is running out of cash. Over the last two decades, startups, as well as VCs, have raised massive amounts of capital. But if public market valuations continue to decrease, the impact will also come onto private markets. “It takes longer to reset private valuations and those who don’t realise the change may struggle to get funded,” Suster added.

In a similar sentiment, Prashant Mehta, partner, Lightbox has told Inc42 that the companies with strong business principles, strong unit economics and growth will be able to raise capital. He said that VCs and PEs may take a little breather to analyse the impact of coronavirus, hence, the deals may take time but will happen. But those who chase growth for valuation and funding may face troubles, Mehta said.

Noting that past decades have been great for startups and VCs, Suster added that if public markets continue to decline and VC funding is affected, VCs are expected to first focus on their existing portfolio startups rather than chasing new investments. So startups need to stay funded past this phase of portfolio reallocation and uncertainty.

“In the war of attrition, history rewards the early and decisive actions. It sounds easy, of course, it isn’t. But everybody says “we’re cutting into muscle” — you seldom are.”

The call for positive cash flow and reducing burn has been a mantra for VCs as well as startups since WeWork debacle last year. The coworking company had filed its draft papers for IPO in August 2019, but the details made investors wary of the corporate governance and real estate management, with very little emphasis on tech, which is what had sold the high IPO price that WeWork was asking for.

The difference then and now is that cash flow is now essential for businesses to survive and not just to raise funding.