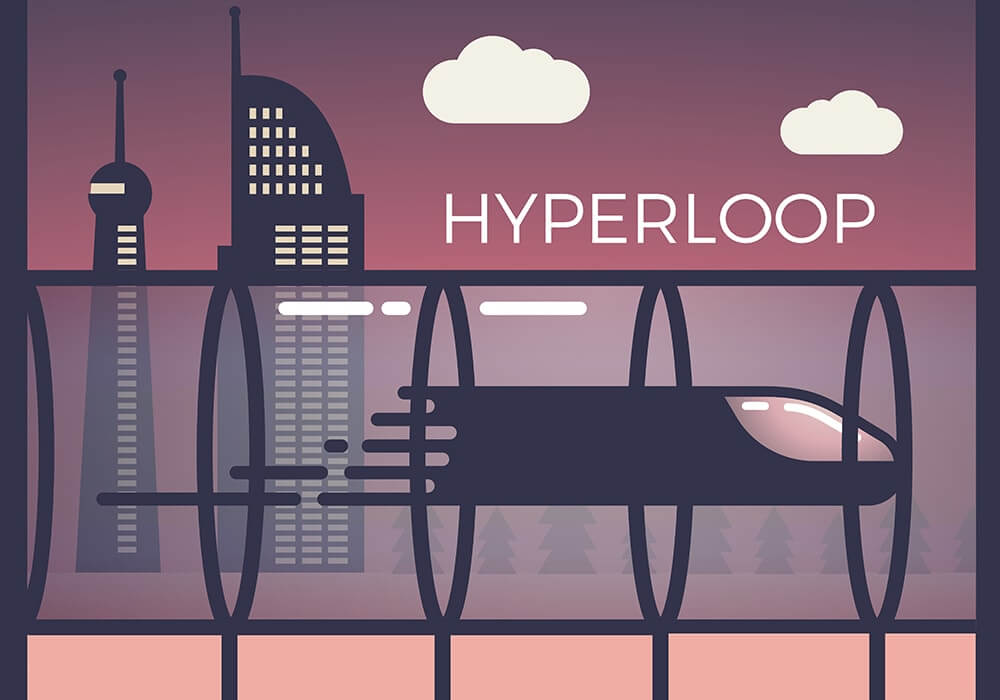 The proposal which was submitted to Andhra Pradesh Capital Region Development Authority (APCRDA) envisages setting up of 700 to 800 km hyperloop transportation system connecting Anantapur-Amaravati-Vijayawada and Visakhapatnam as part of an integrated Public Transit system.

Hyperloop TT system is an ultra-high-speed ground transportation system that moves people and freight. The system accelerates a passenger or cargo vehicle at the airline speed through a steel tube in near-vacuum using a linear electric motor. The proposal is part of an MoU signed earlier between HTT and Andhra Pradesh Economic Development Board (APEDB) in September last year, which aims to reduce the one-hour trip to as little as just six minutes.

Key Insights On Proposal For Hyperloop In Andhra Pradesh

How Feasible These Proposals May Be?

According to Jain, the total travel demand for the city is estimated to be around four million motorised trips by 2050. In addition, 10% of these trips will be commuter trips to other parts of the state. Another 10% of the trips will come from the floating population who travel into the city for various purposes.

“These totals to approximately 800,000 daily commuter trips. To support this requirement, there is a need for sustainable high quality robust mass transportation system,” Jain said.

The Andhra Pradesh Economic Development Board (APEDB) on the other hand accelerates the inclusive economic growth of Andhra Pradesh.

APEDB CEO J Krishna Kishore added, “We are currently evaluating future-ready technologies that will aid us in achieving the same. We appreciate the pre-feasibility presentation made by Hyperloop Transportation Technologies and look forward to the feasibility study.”

The US-based Hyperloop Transportation Technologies Inc. was founded in 2013 by Dirk Ahlborn (CEO) and Bibop Gresta (Chairman). Its global team comprises of more than 800 engineers, creatives and technologists in 52 multidisciplinary teams, with 40 corporate and university partners.

Upon submission of the presentation, Bibop Gresta, Chairman and Co-founder of HTT said, “By undertaking this project, Andhra Pradesh and India would signal their desire to create a globally competitive region fueled by ultra-high-speed mobility that is environment positive, energy efficient and sustainable. The report will help the government assess its next move into the next phase of a full Hyperloop TT feasibility study.”

Inc42 earlier reported that HTT has reached an agreement with a number of South Korean agencies and institutions to generate a Hyperloop transportation system in the country.

Another hyperloop project has been proposed for between Pune and Mumbai. In February, Los Angeles-based Virgin Hyperloop signed a framework agreement with the Maharashtra government to build a hyperloop connecting two cities, which will reduce the travel time to 14-25 minutes instead of the present three hours.

Similarly, a 508-km Mumbai-Ahmedabad bullet train project is being constructed by  a special purpose vehicle called the National High-Speed Rail Corporation (NHSRC). The project which is estimated to cost $16.06 Bn (INR 1,08,000 Cr) is underway with the Japanese government providing a loan to cover 81% of the cost. With the completion of the project, the travelling time from Vadodara to Mumbai is expected to come down to less than two hours. The project is targeted for commissioning by 2022-23.