Befikr Will Use The Funding For Brand Building And Aims To Be A $77.5 Mn Company By 2020 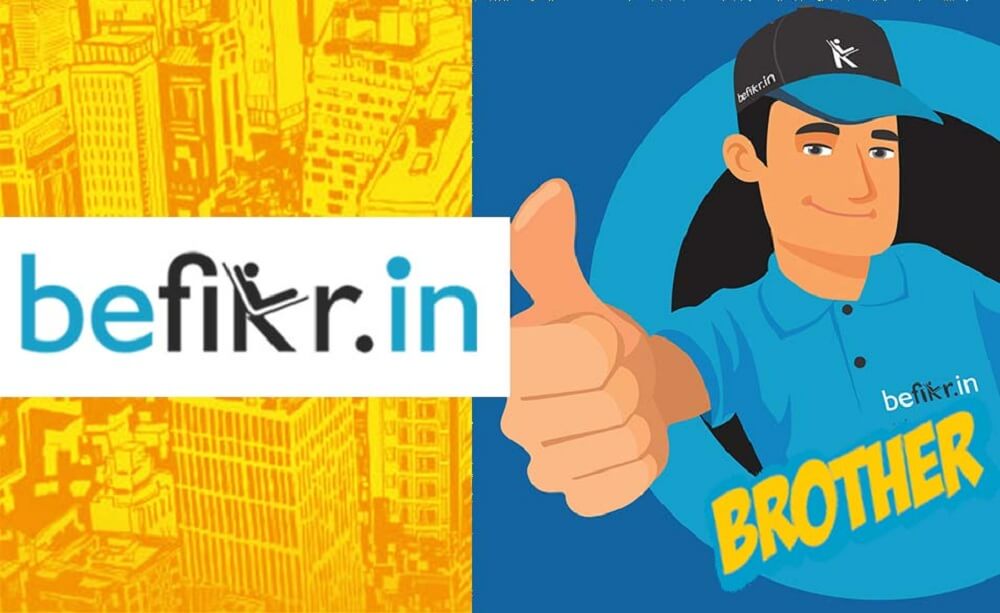 The newly raised funding will be used towards the expansion of befikr’s services in Delhi-NCR and Pune region. The funding will further help the company to strengthen its current technology infrastructure and also be employed for brand building.

Earlier this year, the company had raised $500K in Seed funding.

Launched in January 2016 by Chirajay Sharma, Sunny Trehan, and Sumit Srivastava, befikr is working towards disrupting the unorganised yet overcrowded home services market. Going beyond what the existing players in this space are doing, the startup has built a full-time in-house team of service professionals.

As stated by Chirajay, “We aim to make befikr a one-stop shop for all home service fikrs (worries) especially, electrical, plumbing, carpentry, among others to become a Global Synonym of Home Services and focus on world-class service standards.”

Befikr: Bridging The Gap Between Customers’ Expectation Vs Existing Services

As Chirajay reminisced, “We had this dream of doing something which will not only disrupts the existing systems but also brings changes to the life of thousands. There is a huge gap between the customers’ expectation v/s existing service standards.”

The trio got together in 2015 and after laying the groundwork for six months and launched befikr with an ambition to become a service-focused company which will solve real problems and not just ease a part of the value chain.

At this point, existing players such as UrbanClap, Zimmber (acquired by Quikr), HouseJoy and more are basically playing the role of aggregators and are monetising on the commission-based model. However, befikr founders decided to build their USP and thus has built an in-house team of salaried individuals.

“No one else was daring to do this and there was an immense scope to change a fixed mindset that blue-collared handymen can never be full-time employees in India. The households fikrs were un-attended and we knew the secret to resolve them is not by being aggregators like our competition,” said Sumit.

An in-house team of people not only ensure control over the entire value chain but being salaried professionals, they help make befikr a family, no matter how small the fikr is. “The existing aggregators are basically focused on creating refined yellow pages and the commission based model force their team to look for bigger cheques on each client site,” added Chirajay.

Befikr founders believe their in-house team of people known as ‘befikr brothers’ are their biggest asset that is helping them create a brand out of the services as a product.

After selecting the candidate with utmost care, just like existing players like UrbanClap, Housejoy, befikr also provides these individuals training to help them cater to the household issues with a customer-centric approach. “Each service professional is trained to provide a uniform and top notch service experience,” added Sunny.

The major challenge here for befikr was to change the mindset of the people and bridge the trust deficit between the common handyman and a household. “Eventually, this becomes an opportunity as we believe India will change to a more dignified environment for skilled labors and we will be the drivers of the change,” he added.

For now, the startup claims to be to receive over 500-600 calls/day and has already serviced close to 30,000 families through 40K calls across Delhi, NCR, Ghaziabad, and Pune.

As claimed, the company managed to break even within the first six months of operations. They have been able to run the venture with positive unit economics and an average ticket size of $6.20 (INR 400) so far. “We also have an opportunity to build a business on the loyal households through a long-term prepaid commercial relationship,” added Sumit.

The Road Ahead For befikr

For the company, the future growth plans will have two levers – geographical expansion and broader service portfolio.

The team has aggressive expansion plans and will build the model cluster by cluster and city by city eventually catering to top 100 cities, including many of the proposed smart cities over the next four years.

Simultaneously, they have also outlined the launch of new services in addition to the current offering. In its course to become a sustainable and scalable home services brand, the company has also laid an ambitious goal to become a $77.5 Mn (INR 500 Cr) company by 2020.

“Just the urban opportunity comprises of ~80 Mn households. To put things into perspective, the urban households residing in 100 major cities is equivalent to UK, France, and Italy in terms of the number of households and more than double the size of Canada,” he added.

However, as exciting the opportunity seems to be, so has been the downfall. As per Inc42 Datalabs, over 400 startups entered the hyperlocal market from 2011 to 2016. Out of these, about 193 were funded and raised more than $1 Bn funding in total and 100+ shut down as of mid-2016.

Earlier this year, TaskBob closed its curtains after raising over $4.5 Mn funding from investors such as IvyCap Ventures, Orios, and Mayfield. Another startup LocalOye, despite being backed by investment giant Tiger Global Management, is going through a rough patch. The company made news in April 2016 when it fired close to 60 employees.

Coming to consolidations, in May 2017, Quikr acquired UrbanClap competitor, on-demand hyperlocal services startup Zimmber. The acquisition was an all-stock deal and valued the company at about $10 Mn.

Not only this, over the last two years, there has been a major drop in investor funding too in the hyperlocal services space.

But there are aggregators like UrbanClap, HouseJoy, Timesaverz; listing services such as Just Dial and standalone players like MyGlamm, who are still fighting to stay afloat make their stand on the battleground. Even in this low funding cycle atmosphere, Urban Clap managed to secure $21 Mn Series C funding from Vy Capital, SAIF Partners, Accel Partners, and Bessemer Venture Partners in July this year. VanityCube, a startup catering hyperlocal beauty services market got acquired by VLCC a few months back. Not only the startups, even biggies like Google (Areo) are trying to tap this booming opportunity in India.

Befikr currently claims to have a near zero attrition rate. Going ahead, in spite of being a manpower intensive model, the major challenge for befikr will be to gain speed and momentum in scaling up fast and early without compromising on any of the defined quality parameters. Also, with biggies like Google riding the hyperlocal home services bandwagon, it will be more difficult for the startup to chase the price-sensitive Indian consumer. With the new funding, let’s see how well the befikr team can stand the ongoing battle going ahead.