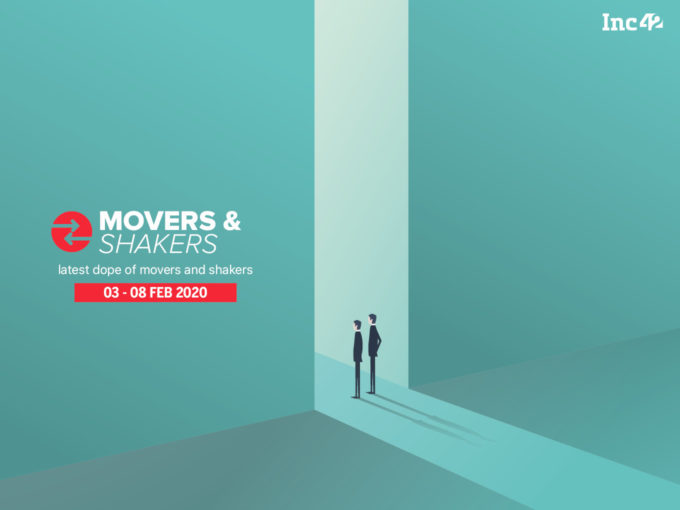 At a time when layoffs are impacting numerous companies in India and around the world, 245 employees of Uber Eats India are now on the verge of getting shown the door after the company got acquired by Zomato last month.

The job roles of these employees will be terminated by March 2020. Out of these total 245 employees, 163 of them are working in Hyderabad for Uber Eats India. Moreover, Uber has also given these employees an opportunity to apply for other roles at Uber or find a new job with the company’s help.

With Mathrani as the CEO, Artie Minson will be appointed as the COO and Sebastian J Gunningham will be the vice-chairman of the board. The real estate veteran Mathrani will directly report to executive chairman Marcelo Claure and will also be a part of the board.

Mathrani has previously served as the CEO of the US-based property management company Brookfield Properties’ retail group. Prior to that, he was the CEO of General Growth Properties (GGP) for eight years. GGP was bought by Brookfield in August 2018. Mathrani has also worked as an executive vice president at Forest City Ratner.

Founded by Adam Neumann and Miguel McKelvey in 2010, WeWork has expanded to 425 office locations in 36 countries from its first office in SoHo in New York City.

Mobility service provider Meru has appointed Sandeep Dongre as the COO of the company. At his new role, Dongre will look after the B2B corporate travel segment of Meru.

Prior to this, Dongre has worked in numerous organisations including Future Group, OYO, Lava International, Brighter India Foundation, Tata Tele Services, Coca Cola India, Frito Lays India and BPL. He holds an MBA in marketing from the Indian Institute of Management, Bengaluru.

Meru Cabs was founded by Neeraj Gupta in 2011 and currently, it is operational in 24 cities with a fleet of over 20000 cabs.

Digital general insurance provider Acko has appointed Vishwanath Ramarao as its chief technology and product officer. Ramarao will join Acko’s senior leadership team and will lead the company’s technology strategy, product development and design. He will be responsible for the engineering, data science, product and design teams.

Over the last two decades, Ramarao has held leadership positions across several multinationals companies and has more than 15 patents, in mail, IM, Communication and search system design. Before joining Google, he was VP and CTO at Hike Messenger and VP of engineering at AOL.

Founded by Varun Dua, Mumbai-based Acko is an independent digital general insurance company, which creates products and delivers opportunities in areas such as personalised insurance products based on user consumption behaviours.

Co-Offiz has appointed Ankit Sachdeva as their chief growth officer. Prior to joining Co-Offiz, Sachdeva was the project head at OneCulture. He has been quite active in the coworking segment in the past few years.

“With the motive of utilising my expertise in coworking domain and commercial real estate, I have taken this new role in Co-Offiz as the Chief Growth Officer,” Sachdeva said in a statement.

He will be in charge of formulating and deploying risk governance as well as an information security strategy for the organisation to ensure smooth payment transactions in the ecosystem. He would also be accountable for identifying strategies for risk mitigation at the organisation level based on risk/return characteristics and review overall risk policy on a regular basis.

Prior to joining NPCI, he has spent over 13 years in the leadership role, managing the risk and fraud control for the payments business of HDFC Bank. He has also had an eight-year-long stint in HSBC.

National Payments Corporation of India (NPCI) was incorporated in 2008 as an umbrella organization for operating retail payments and settlement systems in India.

Cognizant Names Vinita Bali To Board Of Directors

US-based multinational company Cognizant has appointed Anita Bali to its board of directors as a new independent director. At her previous role, Bali was the managing director and chief executive officer of Britannia Industries.

Prior to Britannia, she spent most of her career in senior general management, corporate strategy and marketing roles for Coca-Cola and Cadbury Schweppes Plc.

Bali is a member of the boards of NYSE-listed Bunge Ltd and Smith & Nephew Plc, Syngene International Ltd, and CRISIL Ltd. She previously served on the boards of several other companies listed on the NYSE or in India.

Headquartered in New Jersey, Cognizant is an American multinational corporation that provides IT services.

Cleantech startup Vikram Solar has appointed Saibaba Vutukuri as the new chief executive officer (CEO) of the company. Vutukuri has over three decades of industry experience, with more than two decades spent in the wind and solar sector.

Besides serving as the president and CEO of diversification of the BSE-listed Inox Wind Ltd, Vutukuri has previously held leadership positions in several organisations including Suzlon Energy Ltd, among others.