How To Become Tech Famous In 48 Hours 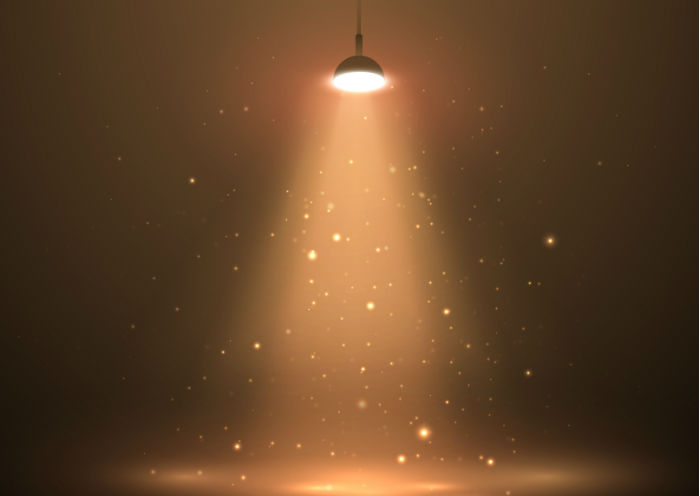 An overview of the meteoric rise of startups like Yo, Magic, Ello, and Ethan.

If you haven’t heard of Magic yet, let me enlighten you. Pick up your phone, text message a particular number with any request (emphasis on any), and the magicians behind the scenes will get it done for you. Thai food to your office, gold fish to your studio, pet tigers delivered to your door. Seriously, whatever you want, so long as it is legal. 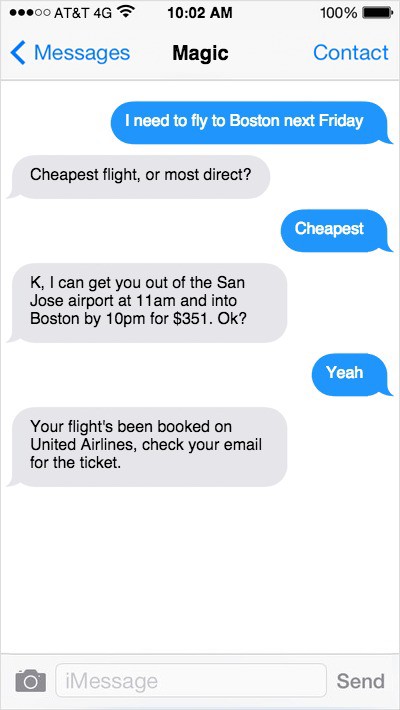 While the verdict may still be out on the reliability, scalability, or deliverability of said magic tricks, one thing is for certain.It’s adored by the media.

BuzzFeed, TechCrunch, Mashable, and Wired…publication after publication spread the Magic gospel at lightning speed. It’s been hard to ignore it over the last few days.

Evidently, it makes for an interesting story that resonates with readers of the aforementioned publications.

The product was hacked together in only a few days, and apparently wasn’t even intended to be released into the wild just yet. It was a quick weekend build thrown together by a team that had their ambitions set on an entirely different and unrelated project. It wasn’t particularly challenging to build and it isn’t hard to replicate, technically speaking.

Common sense would tell us that exceptional products spread like wildfire, and lackluster ones don’t. If the original iPhone was crap, nobody would have bought it and consequently talked about it. Upon release, it was truly exceptional, so it spawned an entire industry nearly ten years in the making. So why has Magic, which is nothing more than a person at the other end of a text message, taken off like a rocket ship?

Since I’m tasked with growth for my startup fatberry, my mind is constantly evaluating opportunities and looking for patterns. I have found that Magic isn’t necessarily an anomaly. It’s only the latest to join a surprisingly large cohort of flash-bang startups.

ShipYourEnemiesGlitter.com was launched as an experiment to see how far the founder could go in getting media attention for his ridiculous service. Evidently it worked, because Time.com, Fast Company, Huffington Post, and TechCrunch all covered it. The founder was utterly inundated with thousands of orders from all over the globe. By the time the dust had settled, the site was sold only days after it’s launch for a reported $85,000.

Ello is the “anti-facebook” that promises to remain ad free indefinitely. After a few months of lukewarm adoption, the platform took off like a nuclear reaction in September 2014. It may have been widely criticized for it’s lightweight offering, but at its peak, the social network was processing more than 30,000 signup requests an hour. It was the talk of the tech scene for the better part of a week.

Ethan started out as modestly as one could imagine. “I wanted a fast way for my friends to message me — simply by opening the app — which is the only feature of the app,” says founder Ethan Gliechtenstein. After the product made its way to the front page of the startup world that is Product Hunt, it blew up. Overnight, Ethan the app had amassed tens of thousands of downloads and Ethan the person needed to hire more…Ethans.

John Frankel, a partner at venture capital firm, stated it best when he said that apps “have become the encapsulations of memes.”

For one reason or another, the collective conscience latches on to one product or idea, propping it atop the shoulders of the masses for no apparent reason other than to fulfill an innate curiosity to see how tall it can stand. (Remember the ludicrous potato salad Kickstarter campaign?)

And it’s not just products and companies.

In the fall of 2014, Alex Lee was bagging goods at Target, just like any other day. Unbeknownst to him, one of his customers snapped a photo of him and posted it to Tumblr.

A twitter user saw the photo and decided to share it with her followers. A few people passed on the photo to others, and Alex From Target started gaining web popularity. Within 12 hours, the internet had it’s freshest meme. People were overlaying his image in clever photos, doing impressions on Vine, and rendering silly GIFs. The media started covering the phenomenon, beginning with small blogs and culminating with a BuzzFeed post that garnered over 5,200,000 views.

Then, he was on Ellen.

He didn’t do anything at all to contribute to his outright fandom besides justbeing himself on a random day. Yet, here he was, famous and on national television. Now he has 715,000 followers on Twitter and all of the momentum in the world to jumpstart his personal brand.

Trading Up The Chain

Ryan Holiday is a best selling author and editor-at-large for the New York Observer. His former job? Media Manipulator.

Holiday is notorious for orchestrating elaborate stunts to gain press attention for his clients, which included controversial author Tucker Max.

In his first book Trust Me, I’m Lying: Confessions of a Media Manipulator, he outlines the ways in which he, as a twenty-something marketing executive for American Apparel, would manipulate the vulnerable media system to gain exposure for the brand. Although he shares many shady tactics, one in particular isn’t so bad. It’s called “trading up the chain.”

You see, unless you are a famous brand, you can’t just go pitch the New York Times these days. So, you take to a small blog that will actually publish your story. A marginally bigger blog picks that up that story and runs with it, which feeds into a larger blog, and up the chain it goes. News outlets look to publications below them for their story ideas. By starting at the source, a clever marketer can hack the system to his or her advantage.

However, in the case of many of the aforementioned apps, they bypassed the small blog phase altogether. Instead, they all got their initial traction onProduct Hunt, a destination that journalists are more commonly sourcing for story ideas. Fresh products get upvoted every day by the community, and a select few are breakaway winners.

More unbelievable yet, many of the products don’t even self list on ProductHunt. Rather, an independent member of the community “hunts” them and publishes to the site, often without the owner of the app or product even knowing. It’s like Alex From Target’s first Tumblr post, but on a grander scale.

For a journalist, it’s easy pickins’. If a crowd has already validated that they like a product via their aggregate voting power, then it will probably make for a great story.

What starts out as nothing more than a silly weekend project inadvertently and accidently resonates with a small group of early adopters from the tech crowd. Media outlets like TechCrunch and Mashable will write about top performing products from Product Hunt, speculating that if there is an audience to vote for them, there surely is an audience that wants to read about them. Then, a bigger publication like Huffington Post will repurpose the story and publish to its larger audience of readers. By the time it’s made it that far, there is very little to stop the cascade from reaching the influence of top tier media like The New York Times and CNN.

I’ve seen it happen first-hand myself.

When my friend Sam Cossman told me he was going visit an active volcano, I thought he was crazy. When he returned home, he shared an amateur video of his exploits with me via YouTube. I posted a link to it on Reddit, and went to bed. The next morning, I couldn’t believe my eyes. His video had thousands of upvotes and millions of views. Publications like Mashable and Digg posted about his adventure. By the next day, Fox news was interviewing Sam on live TV. Less than 72 hours after his video was published, Michael Strahan himself was chatting with my friend Sam on Good Morning America in front of more than five million viewers. It was crazy, and it all started with nothing more than an unsuspecting Reddit post.

The Fallacy Of The Overnight Success

In August 2014, The Honest Diaper Company raised a $70 million round of investment that placed it right at the cusp of an elusive class of what are called Unicorns; those startups that are valued at over $1 billion.

“One billion dollars for a diaper company that is only a few years old?” I asked my wife, who is actually an avid buyer of the products for our 14 month old daughter. “What an overnight success for Jessica Alba,” I remarked. (Yes, the Jessica Alba that you know from movies and TV is the cofounder of the company.)

My wife, although one year my junior, is many years wiser than I am. “Honey,” she kindly rebutted, “This was fifteen plus years in the making. Jessica worked her butt of for years in film, which opened up the doors to launch and scale a company with such speed.”

She was right. Sometimes overnight successes take five thousand nights to achieve. Sure, maybe Magic was thrown together in a weekend. But perhaps the last five years of hard work on various projects opened up the door for it to happen.

Just because an app goes viral one week doesn’t mean we’ll still be talking about it a year, or even a month later. Fickle users jump on the hottest thing and then look for the next buzz.

For the high flying companies like Ello, Magic, and Ethan, it’s not all gravy from here. There is still work, way more work, to be done before the founders are relaxing on a tropical beach. Acquiring users is one thing; keeping them engaged is a whole different game. Even Magic is already starting to show signs of buckling under it’s own weight as evidenced by Wired and Re/code.

Living up to the expectations of the investment dollars that inevitably flood in is the next big challenge for these nascent companies. How do you top such a stellar start? Ello brought in $5.5 million in fundraising after it’s fall 2014 explosion. However, it is estimated that only 20% of sign ups remained active on the site just one week after registration.

But There Is Hope, Yo

Perhaps you are wondering why I haven’t yet mentioned Yo, the creme da la creme in overnight sensation apps. Built in only 8 hours and launched on Aprils Fools Day 2014, the app was the talk of media for the better part of a month. Paradoxically, it wasn’t because of it’s brilliance, but rather it’s lack thereof that caused such a feeding frenzy to download the free messaging app.

While it once reached as high as #3 in the app store, it fell sharply since then. But all hope is not lost.

Earlier this week, Yo released its own version of an app store. Entrpeneur.com even published a small piece titled, “Yo App Goes From Seriously Dumb to Surprisingly Useful.”

To reach this point of utility, perhaps there was no other way than to have the massive surge in popularity in the beginning. It allowed for the critical mass to break through the barriers that plague early stage startups.