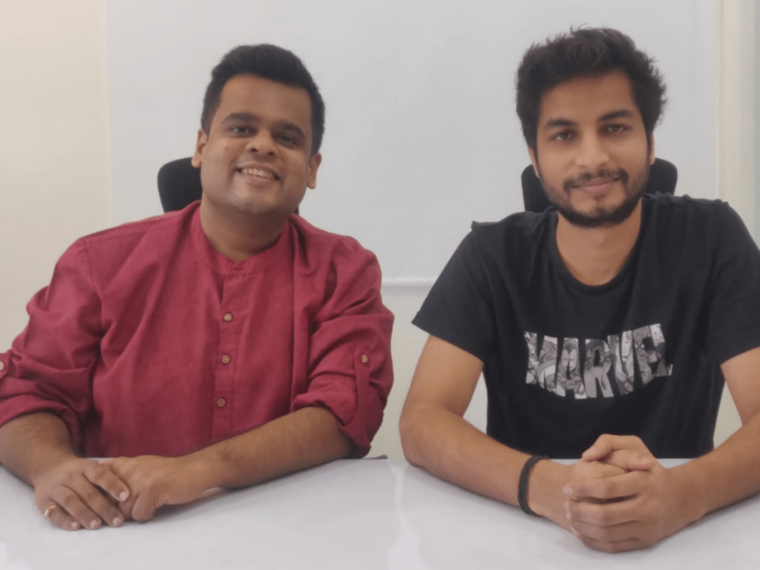 Eloelo has raised $13 Mn in a funding round led by KB Investments and Kalaari Capital, with participation from Waterbridge Ventures, Lumikai Fund, Convivialité Ventures and Rocket Capital

While juggling between his job at Flipkart, performing standup comedy at local bars in Bengaluru and managing his mom’s YouTube channel, Saurabh Pandey realised that he wanted to do something in the content creator space.

He discussed this idea with IIT-Kharagpur alumnus Akshay Dubey, and both decided to leave their respective jobs in 2020 to make a mark in the startup world. As they were brainstorming on the idea for their startup, Covid-19 pandemic struck and a nation-wide lockdown was announced.

It was a tough time but that period eventually helped spawn an idea which would later transform into live social video platform Eloelo. “Eloelo is building the future of live interactive entertainment for India. The platform allows content creators to build communities and monetise them,” says Pandey.

Essentially, the Bengaluru-based startup is a live streaming platform that allows users to play indigenous social games such as Tambola and Chiriya Udd. It allows creators to host games and connect with individual fans via live social gaming. The platform hosts more than 12 live household games and more than 3,000 daily live streams.

Eloelo has now raised $13 Mn in a Series A funding round led by KB Investments and Kalaari Capital. The funding round also saw participation from existing investors such as Waterbridge Ventures and Lumikai Fund, as well as venture capital (VC) firms Convivialité Ventures and Rocket Capital.

The startup will use the fresh funds to add more people to its team and foster creator partnerships to fuel the next stage of growth, Pandey tells Inc42. The startup’s current headcount stands at around 50, and it plans to use the investment to fill 80-100 key positions in tech, product and content verticals.

The funds will also be used to scale up content moderation teams to address issues of compliance and to curb streaming of illegal activities on the platform. Besides, the startup will also use the equity infusion to shore up user acquisition and penetrate deeper across geographies within the country, says Pandey.

“We have been growing at 40% month-on-month (MoM) with a vision to build the future of interactive entertainment. Our Series A fundraise demonstrates the belief our current & new investors have in what we are building and enables us to take bolder bets to shape the creator economy for ‘Bharat’,” the Eloelo CEO says.

This is the second fundraise by the startup in less than a year. It last raised a Pre-Series A round of $2.1 Mn led by Waterbridge Ventures and Lumikai Fund in July last year. The startup has raised around $16 Mn in funding so far.

The Eloelo app currently supports three Indian languages – Hindi, English, Telugu, and the startup aims to add three more languages in the coming days, of which Bengali is in Beta phase of testing. In the next three months, it aims to support nine languages, says Pandey.

The platform is witnessing traction across languages such as Hindi, English, Telugu and Bengali, he says, adding that the startup wants to expand its offerings to other languages such as Tamil, Marathi and Gujarati.

In response to a question about its competitive edge, Pandey says that Eloelo is ‘Bharat-centric’. The app caters predominantly to the smaller cities and towns, and gets more than 80% of the traffic from Tier-2, 3 cities, while the rest comes from metro cities. Cities such as Lucknow, Indore, Patna and parts of Gujarat lead the engagement on the app, he adds.

Eloelo claims to have more than 35,000 content creators onboard, and currently caters to a user base of 4 Mn. An average user spends 35 minutes on the platform, while a ‘power user’ (vocal user of the platform), on an average, spends 75-87 minutes.

The startup is acquiring 500K users per month and is well poised to achieve a user base of 8-10 Mn by the end of 2022, says Pandey. He also expresses confidence that Eloelo will acquire the user base at half the marketing cost due to the organic growth of the platform.

The app charges a certain percentage of amount from the creators and influencers, Pandey says without disclosing the number.

The startup also plans to introduce an advertising-based model in the near future to develop an alternate stream of revenue.  The platform plans to increase the share of revenue from in-app purchases to 45%, from creator commerce to 30% and advertising revenue to 25% by the end of 2024, says Pandey.

Eloelo competes with Meta-owned giants such as Instagram and Facebook in the overall live streaming market. Its local competitors include ShareChat, Glance and Tamasha.

In India, the segment has been seeing a lot of activity. In February, Google-backed Glance raised $200 Mn in funding from Reliance Jio as part of its Series D round. Last week, Bengaluru-based social live streaming platform Bolo Live raised $2.4 Mn from a clutch of investors ahead of its Series A funding round.

In March, game-streaming platform Loco said it secured $42 Mn in an investment round led by Hashed, while live streaming platform StreamAlive raised $1.53 Mn in pre-seed funding led by Speciale Invest in January.