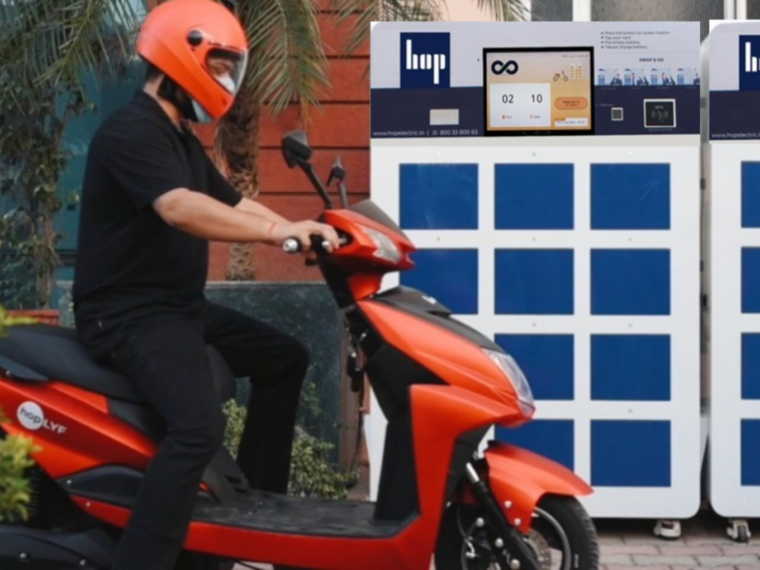 The investor is a publicly-listed company and has previously supported HOP Electric in becoming a mandate holder of the government’s INR 26,058 Cr PLI scheme

Electric vehicle (EV) manufacturer HOP Electric Mobility has closed a strategic funding round of $2.6 Mn as part of its ongoing $10 Mn pre-series fundraiser.

The EV startup did not disclose the name of the investor but said it is a publicly-listed company which previously supported HOP Electric in becoming a mandate holder of the Indian government’s INR 26,058 Cr Production Linked Incentive (PLI) scheme for the auto industry. Under the scheme, the startup is looking to invest over INR 2,000 Cr in India over the next five years.

HOP Electric said that the fresh funds would help it bolster its manufacturing capabilities. With the fundraise, the startup is now targeting 10X growth this year. It claims to have reached 105 retail touchpoints with more than 6,200 on-road scooters in 2021.

HOP Electric is set to soon roll out its flagship electric motorbike HOP OXO. The startup has already completed 75,000 km of road testing across 14 states and is gearing up for its commercial production. HOP OXO has successfully cleared all tests in ARAI, including AIS 156 for batteries, said the startup, and would likely be launched in June or July.

The EV startup has another electric scooter in the pipeline, which is internally called HOP LYF 2.0. It has completed the design and engineering cycle and would likely be launched in the October-December quarter this year.

“…both upcoming products are robustly built to suit the needs of Indian consumers with respect to diverse weather and road conditions,” HOP Electric said in a statement.

Currently, HOP Electric has three market-ready products, which include two escooters and one emotorcycle. The brand plans to launch at least 10 new products in the next three years.

Founded by IIT Roorkee alumni Ketan Mehta, Nikhil Bhatia and Rahil Gupta, HOP Electric also has a leadership team comprising industry experts from some of the leading automobile companies, including Mahindra, Honda, Hero, TVS and Ather Energy. The startup presently has a manufacturing capacity of 1.8 Lakh units per annum.

The startup claims that currently, it is growing at a month-on-month rate of 50% and is also planning to expand its footprint countrywide.

Talking about the current EV infrastructure in India, Gupta, cofounder and CTO at HOP Electric, recently told Inc42 that the government has shown a good intent to support the EV industry, but it is lacking somewhere in execution.

The EV industry in India is presently growing by leaps and bounds, especially boosted by government schemes and EV adoption initiatives. However, after the recent fire incidents involving EVs, there is also a rising scepticism around the safety of escooters in the country.

EV sales in the country grew over 3x in FY22, according to the Federation of Automobile Dealers Associations’ (FADA) data. Of the 4.29 Lakh units of EVs sold in FY22, 54% were two-wheelers.