Existing investors Skycatchr, AdvantEdge and Astrac Ventures also participated in the round 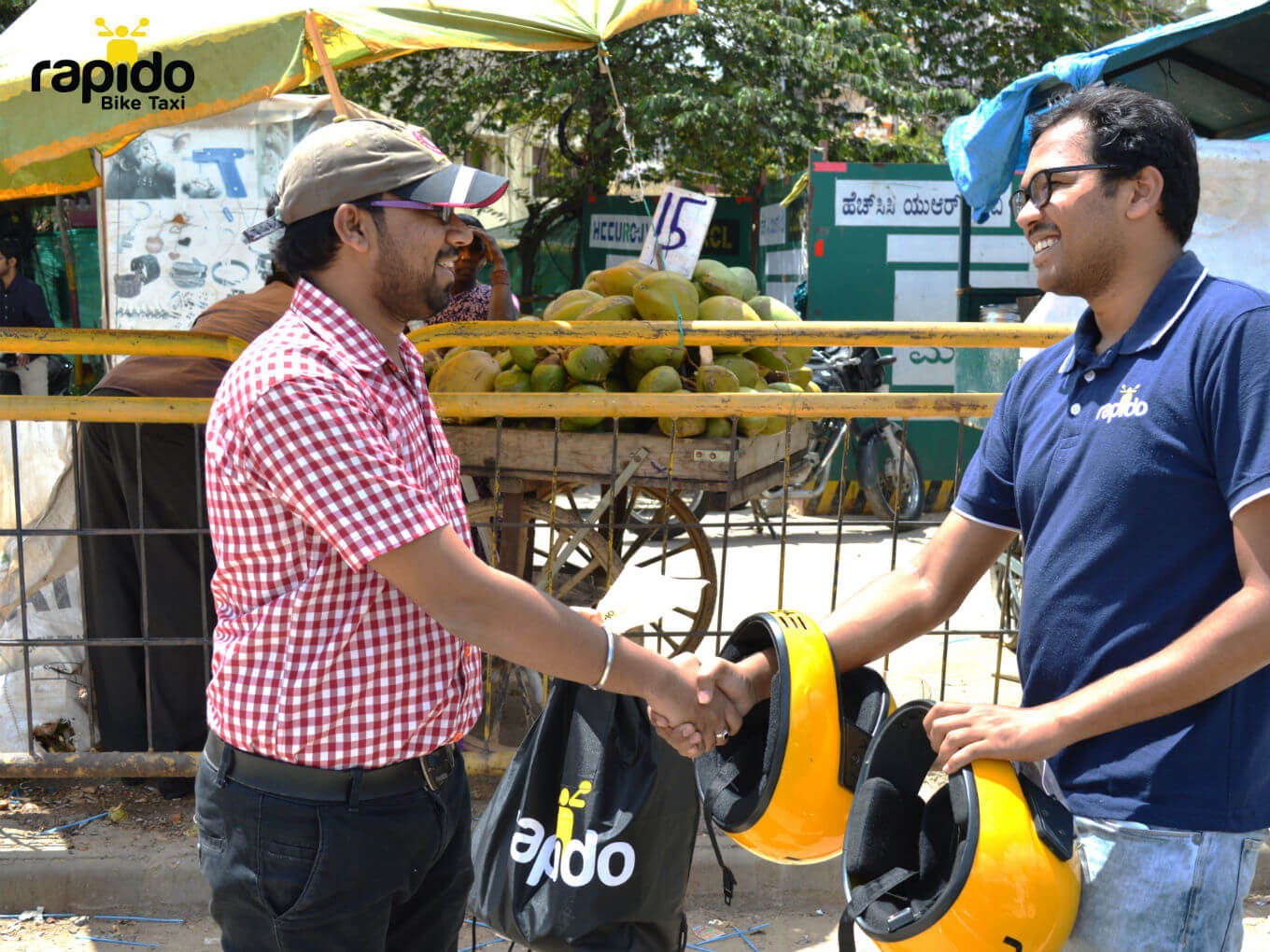 Jeffrey Yam, Principal Investments at Integrated Capital said, ”India’s ride-sharing is beyond four-wheelers and we see two-wheeler ride-sharing is unlocking new customer base in India by bringing convenience at an affordable price. Ability to understand and create the product for next billion coupled with strong tech led operations has set Rapido apart in this market”.

Founded by Rishikesh SR, Pavan Guntupalli and Aravind Sanka in October 2015, Rapido currently has 10,000 active drivers or “captains”, including women. Anyone with a two-wheeler license, a bike, a vehicle registration certificate, and bike insurance can register themselves as a Rapido Captain.

Available on Android and iOS, the app can be accessed in multiple languages like Kannada, Telugu, Tamil, Hindi and English.

According to Sanka, 65% of users use Rapido as a daily commute option. With Rapido, the team is tapping into daily commutes which are 80% of the overall rides in the country. “This opportunity isn’t limited to top 10 markets but goes beyond more than 100 cities,” he added.

The research firm Statista suggests that around 20 Mn two-wheelers were sold to domestic customers in 2017-18. This indicates a healthy  opportunity for bike taxi services in the Indian market.

Rapido has been funded by investors at a point when the competition is about to get tougher in this segment. Reportedly, Indonesia-based Go-Jek is looking to enter into the Indian market with its bike taxi service. Plus there are existing service providers like UberMOTO by Uber India, and Ola is also investing in scooter rental service provider Vogo.

Meanwhile Gurugram-based 74 BC Technologies, the parent company of Baxi shifted its business to the hyper-local delivery model and has rebranded itself as B-Fresh. Thus, despite the available opportunity, it is still difficult to create a sustainable business model in India’s bike-taxi segment.

However, with investments pouring in, there is a positive sentiment around the bike taxi and bike sharing market. While app-based cab services face the wrath of state governments around issues such as pricing and creation of level playing field, bike taxis are welcomed by a few such as Karnataka, Goa, Haryana, Mizoram, and West Bengal among others.

Considering the issues such as traffic woes, high energy consumption and pollution, the transport departments of various states have also proposed the adoption of two-wheeled electric vehicles in the bike-taxi segment.

So far Rapido has shown signs of growth and has been able to scale continuously. However, with the possible entry of GoJek, Ola’s interest in Vogo and UberMOTO, India’s bike-taxi market is now at an inflection point.