Zomato cofounder Deepinder Goyal says listing is not a historical moment for the company.

Goyal also wrote a letter to shareholders celebrating both Zomato and its rival Swiggy’s journey in the industry. He also applauded the larger ecosystem of internet-based platforms 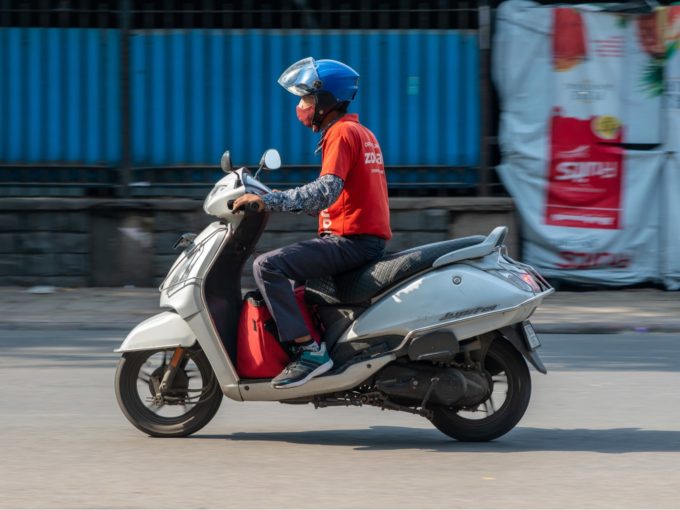 On a day when investors celebrated its spectacular listing at the stock exchanges, foodtech platform and restaurant aggregator platform Zomato’s cofounder and CEO Deepinder Goyal had humble words to share with his investors and employees.

“A lot of people are calling this a ‘historical moment’.  It is not. History is always made in hindsight. Never in the present. Back to work,” tweeted Goyal hours after the foodtech unicorn made history at the bourses.

The Bengaluru-based foodtech startup Zomato listed on the bourses on Friday (July 23) at INR 120, a nearly 53% premium over the issue price of INR 79 per share. While the food delivery major’s stock has hovered around the INR 125 mark till a few hours after the listing, it touched a high of INR 138.9 briefly and powered the company’s market capitalisation to over INR 1 Lakh Cr. The price premium was far ahead of the 25-30% premium that analysts were expecting.

During the day, Goyal also wrote a letter to shareholders celebrating both Zomato and its rival Swiggy’s journey in the industry. He also applauded the larger ecosystem of internet-based platforms.

Stating that India is a tough market to operate in, he wrote that Zomato and Swiggy are two of the best food delivery apps in the world today even if they have a long way to go before becoming world class by customers’ standards. Jio’s prolific growth has set all of the ecosystem up for unprecedented scale. Flipkart, Amazon, Ola, Uber, Paytm – have also over the years, collectively laid the railroads that are enabling companies like Zomato, he said.

“Today is a big day for us… But we couldn’t have gotten here without the incredible efforts of India’s entire internet ecosystem. We stand proudly and humbly on the shoulders of giants, and we thank everyone for giving us, and so many other startups, the opportunity to look ahead into the future,” wrote Goyal.

This acknowledgement could also be a nod to the massive price premium of its shares that investors have said is an indication of a larger bet on the Indian internet savvy consumer rather than loss-making Zomato’s value proposition alone.

Zomato Being Not So “Historical”

Some of the notable IPOs in the restaurant industry including Barbeque Nation, and BurgerKing that were announced during the pandemic have not seen much demand from retail investors yet. While not the first startup to list on the exchanges, Zomato is the first unicorn to list among many other unicorns up for listing this year. With an INR 1 Tn market cap, the company debuted right into the top 100 listed companies by market value. At issue price, its market cap stood at around INR 65,000 Cr.

It covered a 12-year journey under the helm of two IIT graduates — Goyal and Pankaj Chaddah (who left the company in March 2018). In 2005, before Goyal even co-founded Zomato with Chaddhah, the former had already tasted failure with his earlier venture named foodlet.com which offered online food delivery. The startup failed to garner demand from users and Goyal pulled the plug on it after working on it for almost a year.

He then co-founded ‘Foodiebay’ along with Chaddah in 2008 (which was the first avatar of Zomato). Conceptualised as a restaurant discovery and rating platform, it aggregated food menus and contact details of those establishments. In less than two years after its launch, Foodeibay was able to add 2 Mn customers, 8,000 restaurants, and also expanded into five cities, backed by the largest internet company at that time- InfoEdge. Remember, this was a time when internet penetration (2G/3G) was less than 5% and smartphones were not ubiquitous.

“I have made many decisions which have been good for the company, while some have caused our stakeholders a lot of heartburn. That said, we have found ourselves managing times of crisis on different occasions in much the same way – impatiently staying focused on the long term, executing relentlessly, and committing ourselves to doing the very best we can do today,” wrote Goyal.

Zomato has reported narrower losses in FY2021 with 60% of its food delivery business recovering well after the pandemic last year. The company’s revenue declined almost 25% to INR 1,994 Cr in FY21, but at the same time losses also narrowed from INR 2,363 crore in FY20 to INR 812 crore in FY21, ending March this year.

In his letter to shareholders Goyal stated that Zomato is going to relentlessly focus on growing the business for 10 years out without altering its course for short term profits at the cost of long term success of the company.