HikeLand Looks To Spruce Up Virtual Hangouts, But Content Will Determine Success

HikeLand Looks To Spruce Up Virtual Hangouts, But Content Will Determine Success

Founder and CEO Kavin Bharti Mittal said Hike is in talks with content providers such as Hotstar, Netflix and others for distribution 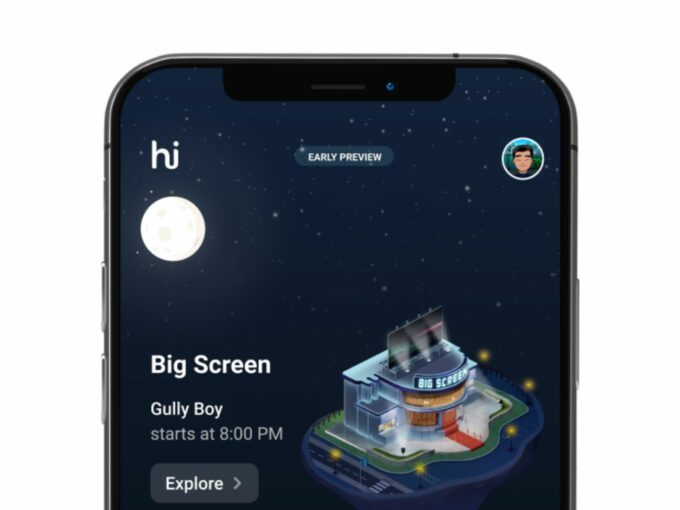 As unicorns among Indian startups go, Hike is a company of one. It’s the only social media and communication platform to breach the vaunted $1 Bn valuation mark. But many still question — arguably with good reason — whether Hike has indeed lived up to the unicorn billing.

After all as revenue-generating products go, chat apps are perhaps the least viable. Most people don’t want to pay for chat, and while Hike made attempts by reinventing itself as a super app and then unbundling, the potential for monetisation remains just potential.

So when founder Kavin Bharti Mittal told Inc42 about HikeLand last year, it was with the express intention of bringing that potential as close to realisation as possible. Hikeland, which is being released in an early preview today, launches with two basic experiences — Home and Big Screen.

Home is a virtual personalised space where individuals can customise to hang out with friends, with a synced video playlist for all guests as well as voice-based interaction.

Big Screen, on the other hand, is Hike’s take on a movie hall experience, where your interaction with fellow guests is limited to the duration of the movie or the show playing. One can of course make friends for more permanent interactions, but the primary idea is to keep it safe and give users control of which ‘strangers’ they talk to. Big Screen is currently powered by movies and shows on YouTube and would be running shows through the day.

Mittal said that the idea is to recreate everything that you do with people in the real world and bring it online. And just like a personal home, each space can be customised. Currently eight themes are available but more will be added. “One of the things we are trying to do is enable people to incorporate trends in their ‘Home’ very very fast. In a virtual world you can build everything. We are trying to build this very differently from all the other platforms. This is not live streaming or video, not about posting publicly, not about likes comments. It’s about relationships,” said Mittal.

Covid-19 has definitely made consumers crave for products that allow them to meet their friends and family virtually, and preferably over an activity such as a game or video. The likes of Houseparty and Bunch have made group gaming a reality, while Rave has done the same for group streaming. But unlike Rave where the full control rests with users, Hike is taking charge of curation for the time being for the movies and shows on the Big Screen experience.

As far as the content or videos that can be added to each ‘Home’ go, Hike is starting with YouTube integration at the moment. But Mittal said it’s in talks with Amazon Prime, Netflix, Hotstar and others to bring their content on board.

While Hike’s concept is not new — Rave, for example, has garnered quite an audience in the lockdowns — it’s still unique for India and given the OTT as well regional language content potential, Hike can win this segment with the right content. Unlike Hike, Rave offers users a chance to sign in to Netflix and Amazon Prime and other platforms to watch videos with friends. That is something Hike is working on. But as Mittal said multiple times during our interaction, it doesn’t want to control the content side of things as there are already specialists in that area. This is about bringing a virtual hangout experience to Hike users, who are typically in the demographic that likes to chill out on the couch and watch a movie with friends.

For Mittal, the idea was to bring a shift in the way users interact in chat apps and in communication platforms. The idea was to move away from lists and feeds that are typically seen to create an experience that feels more real.

There’s definitely thought put into the design of each home and the floating islands which greet users on the home page also have little details that make them look really cool. In a teaser showed to us by Hike, each home or destination in HikeLand will also have dynamic and contextual animations on the home screen. A wind blowing for example, sways the trees around a home.

The big question of course is whether HikeLand will finally be the revenue piece in Hike’s jigsaw puzzle. Mittal is certainly hopeful. “If you look at what we have said in the past, 2020 was going to be the year. 2020 was when we decided to experiment with ways to make revenue. And we are still on track for that. A virtual world such as HikeLand needs a virtual economy. In a couple of months, you will see us roll out the first version of this virtual economy within Hike.”

There are certainly hooks to HikeLand on which Hike can build a bigger product. The Home for example offers obvious potential for brands as well as celebrities to create unique experiences.

The Big Screen also has the right potential to become a branding as well as paid content platform if Hike indeed achieves the critical mass of users that brands look for. Mittal spoke a lot about the virtual economy being the centrepiece of HikeLand’s monetisation, though he did not reveal any particulars about what users would pay for. However, in the past, Mittal has said that users don’t necessarily have to pay for Hike’s monetisation, so presumably here too Hike will look at branding opportunities and sponsorships for revenue.

“For us, revenue is a feature. When we experiment with features, we also generate ways to generate revenue. It’s important to think of revenue from the perspective of the user and how they think of the virtual economy.”