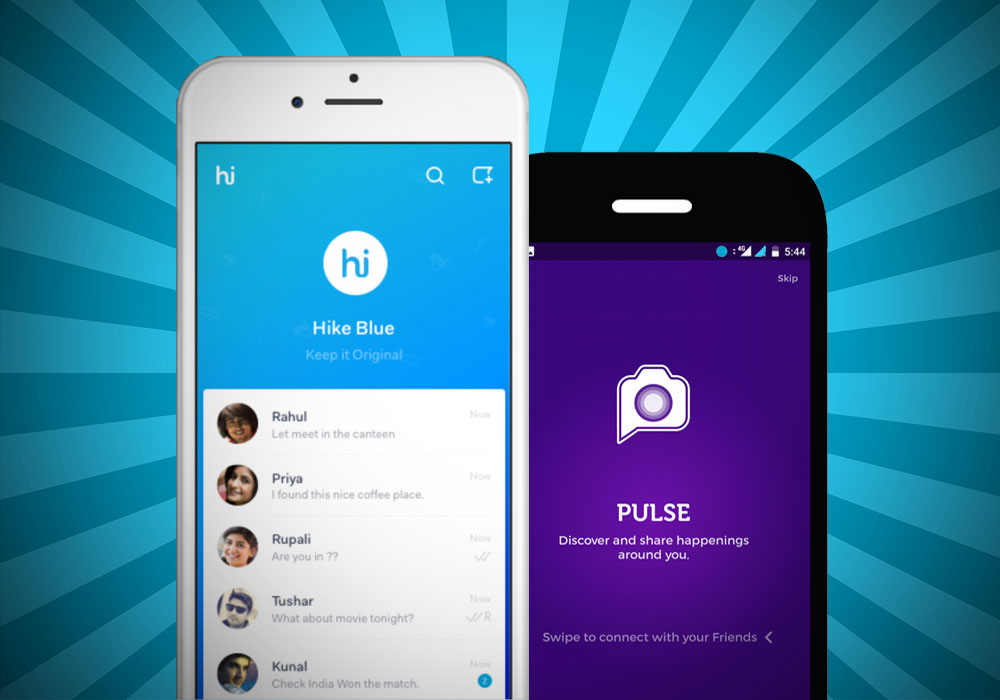 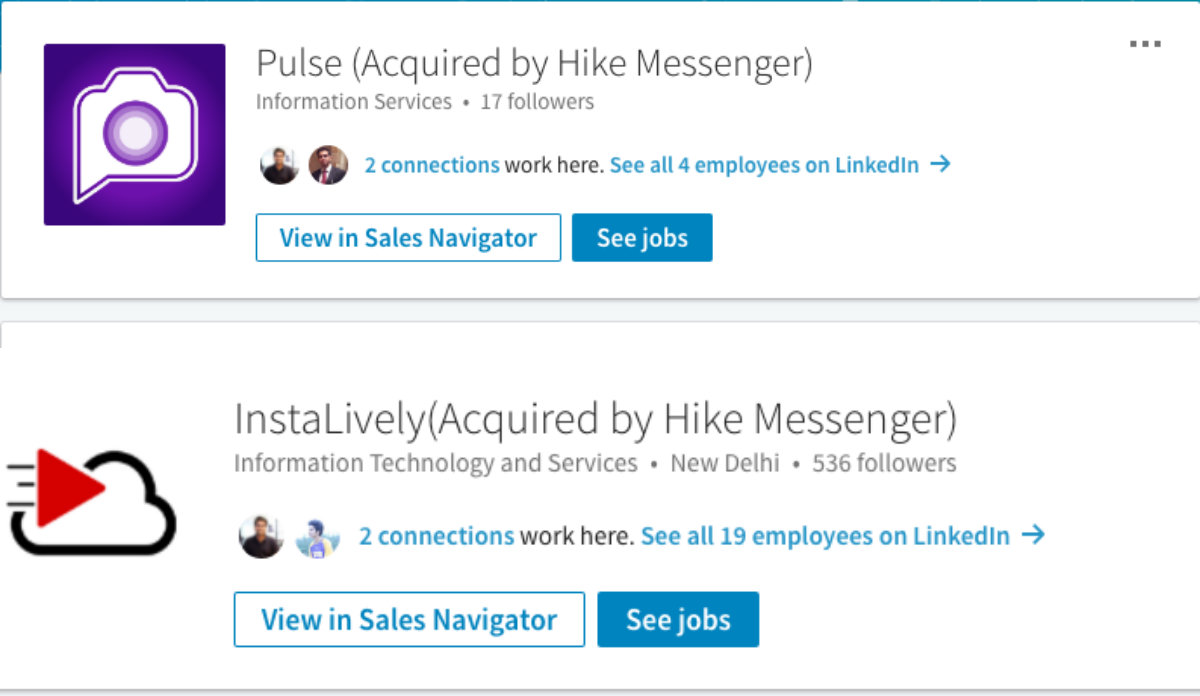 The Pulse app on iOS (Pulse- Campus Streams) and Android (Pulse – Selfie Stickers) is available for download. But on registering a new user it prompts a notification – “This app is still in development mode, and you don’t have access to it. Switch to a registered test user or ask an app admin for permission.) An email sent to Hike and InstaLively co-founder awaited a response at the time of publishing the article.

Launched in 2014 by IIT Roorkee alumnus Karthik Vaidyanath and Prakhar Khanduja, the InstaLively platform helps broadcast any event live. It directly links the broadcast to the user’s YouTube Channel. It is focussed on instant video/audio digitisation on low 3G bandwidths using just a mobile app. This makes it simple and cost-effective for an enterprise to create/broadcast content from any location, thereby democratising online video.

During its prime, the app was considered to be India’s answer to Meerkat and Periscope. A few of its marquee clients included the likes of Google, Airtel India, NASSCOM for Startups, GSF Accelerator, Meraevents, Belgian Embassy, among others.

After the success of InstaLively, the company entered the hyperlocal content sharing space and in October 2016, it came up with Pulse. Pulse is a mobile app which provides users with a full-screen visual streaming experience of colleges around them. Customised stickers make the experience more fun and engaging. In November 2016, Pulse raised $500K in Pre-Series A funding round led by SAIF Partners. At the time, it was stated that the company was in talks with investors in India, China & the US for a larger round. Prior to this in March 2015, InstaLively raised over $120k in a round of funding led by a group of investors. This round was led by Rajan Anandan; Amit Ranjan (co-founder of Slideshare); Rajesh Sawhney (Founder, GSF Accelerator); and Niraj Singh of Outbox Ventures.

Launched in December 2012, Hike currently boasts of 100 Mn users and claims to transact over 40 Bn messages per month. The company also claims that, on an average, a user spends 28 minutes per day on the app. It also said that almost 90% of its users are in the age group 15-24.

Till date Hike has raised over $260 Mn in five rounds of funding. The most recent fund infusion came in August 2016 when Hike Messenger raised $175 Mn in Series D round of funding, at a valuation of $1.4 Bn. The investment was led by Tencent Holdings and Foxconn Technology Group. Existing investors Tiger Global, SoftBank Group, and Bharti Enterprises also participated in this round. As per data available with Crunchbase, Hike Messenger investors also include Aditya Agarwal (VP of Engineering at Dropbox); Matt Mullenweg (WordPress co-founder); Ruchi Sanghvi (VP of Operations at Dropbox); and Traveon Rogers.

Earlier this month, the homegrown unicorn, Hike Messenger launched a UPI-enabled digital wallet – Hike Wallet – months ahead of the proposed launch of digital wallet of rival WhatsApp in India. The wallet services are available on the Hike 5.0 version introduced the same day. The latest version has a new design, a few new features like ‘Multiple likes,’ and new app themes for a personalised experience.

Interestingly, Hike has been quoting the same number of its user base (100 Mn) since August 2016. The target user base of InstaLively’s Pulse is the same as the 90% user base of Hike, which is between 15-24. The new update introduced by Hike provides an improved ‘Magic Selfie’ option among other things. As per the LinkedIn updates of the InstaLively founders, if the acquisition took place in February 2017, the Pulse technology may have helped Hike improve its features and Stickers offering.

In conclusion, the addition of the millennial-dominated platform Pulse App by InstaLively may bring a positive shift in its user-base. Coupled with the digital wallet, and an aim to make money a social currency, how long will the Indian Unicorn take to establish a pole-position in the segment, remains to be seen.