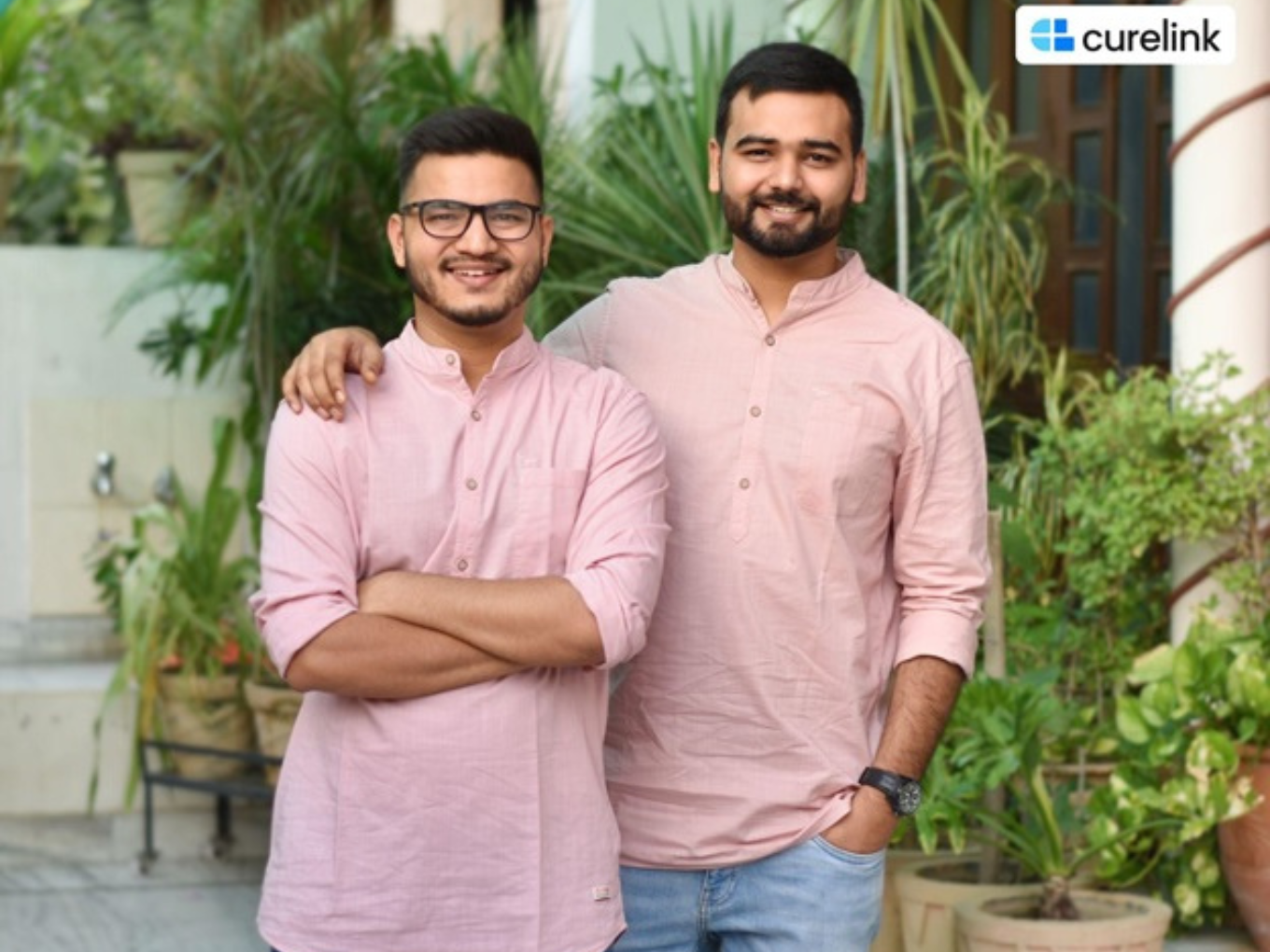 The funds will be used to ramp up hiring across functions

The funds will be used for geographical expansion and diversification of services across different medical specialisations such as dermatology, pediatrics and psychiatry.

Founded by IIT-Roorkee graduates Aman Singla and Divyansh Jain in 2021, the startup said it connects doctors to patients through WhatsApp.

According to Curelink, it intends to reinvent chronic care management for people in Tier 2 cities and beyond.

As per the startup, about 90% of out-of-clinic interactions in the healthcare industry happen on WhatsApp. Through virtual care teams, the healthtech startup helps doctors provide condition-specific advice on diet plans, exercise regimens and more detailed handling of patient queries for thyroid issues, pregnancy, diabetes etc.

“Today, 200 Mn people have diseases such as hypertension, PCOS and diabetes. Many of these people, especially older ones, do not spend much time on the internet and are unlikely to download a separate app to manage their health issues. They are however comfortable using WhatsApp to communicate with familiar medical professionals,” said Curelink’s founder Aman Singla.

Curelink converts vague advice, such as ‘change your diet’ to actionable advice thereby enabling time-strapped doctors to give personalised, accurate and in-depth care to such patients, Singla said.

“The tragedy of the Indian chronic care ecosystem is the lack of actionable advice that patients can refer to for managing diseases. We enable doctors to provide support to patients in an effortless manner yet exhaustive,” said Divyansh Jain, founder of Curelink.

Curelink is currently active in Gurugram and Bhopal and plans to expand in the Delhi NCR region, and experiment in cities like Lucknow and Jaipur by the end of 2022.

“Doctors are the focal point of healthcare delivery in India, and Curelink’s model of being a trusted aide to doctors resonated immediately with us. The team is hyper-focused on their stakeholders, which is amply evident in design choices they have made, being WhatsApp-first for patients, enabling private and contextual consultations for doctors, and being squarely focused on outcomes,” said Vasudha Wadhera, VP, Elevation Capital.

Elevation Capital has invested in more than 150 companies across consumer internet, SaaS, fintech, D2C, edtech, healthtech and web3/crypto, and has offices in Bengaluru, Gurugram and Salt Lake City.

The Rise Of Healthtech Startups

Four startups – Innovaccer, Pharmeasy, Curefit and Pristyn Care – became unicorns last year. Late-stage funding rose 3.4x in 2021. As many as 17 had late-stage funding, which was a sharp rise from five deals as compared to previous year

Innovaccer earned the distinction of first healthtech unicorn, but it took a relatively longer time frame of seven years for the startup to turn into a unicorn with a valuation of $1.9 Bn. While it took Pharmeasy ($1.5 Bn) six years, Pristyn Care surpassed the $1 Bn valuation mark ($1.3 Bn) in just three years. Curefit also took five years ($1.5 Bn).

Healthtech startups such as Proactive For Her, Heaps Health, Goqii, among others have secured funding this year.

Goqii has raised $50 Mn in its Series-C funding round led by Sumeru Ventures in February this year. It is a mix of equity including preference share and debt investments.

Mumbai-based AI-driven healthcare startup Heaps Health also raised $7.45 Mn in its Series A round of funding in January 2022.