StanPlus Will Utilise The Funding To Augment Operations, Expansion And Innovation 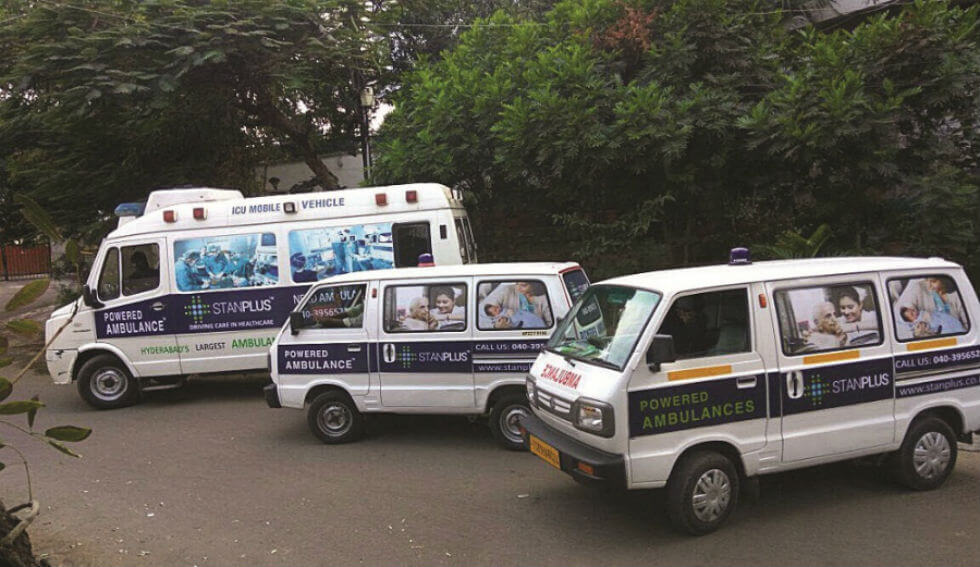 Hyderabad based healthcare startup StanPlus, which provides medical transportation, has raised $1.1 Mn in Seed funding for a minority stake led by Kstart (Kalaari Capital’s Seed Fund). The round also saw participation from CM Diamant, a chain of medical centres and hospital in Canada and Africa, and INSEAD Angels (Asia).

Prabhdeep Singh, Co-Founder and CEO stated, “The amount invested will be used to increase our Advance-Life Support fleet and expand across geographies, innovate with cutting-edge technologies and to cover all medical transportation categories in near future.”  The funding will also be utilised to augment the technology front.

More About StanPlus And Healthcare

StanPlus receives an average of 60+ calls per day. With a fleet of 300+ ambulances, 60+ ambulance operators on board, 15 hospitals accounting for 2000+ beds that exclusively use StanPlus’ ambulance network, the company gives customers a single number access to every hospital’s ambulance.

The startup provides an assurance to serve the request within 15 minutes of booking. The StanPlus ambulances are equipped with advanced Life Support systems, ALS systems, BLS care systems, Cardiac machines, other Patient care systems and trained paramedics and staffs for better assistance. The in-built technology enables real time tracking of the ambulance.

Last August, Ratan Tata had invested in a similar San Francisco-based medical emergency response startup MUrgency Inc. The startup was founded in 2014 by Shaffi Mather in Silicon Valley and is developing an app that can act as one global emergency response network, making emergency response available in less than 9.0 minutes in urban areas with just one tap. Earlier in 2004, Shaffi along four other friends also founded Ziqitza Health Care Limited (ZHL) to provide quality ambulance services in all parts of India. Starting with one ambulance, the company now has operations in 17 states in India and the Gulf (Middle East).

As per Inc42 Datalabs report for H1 2017, fintech, healthcare, and ecommerce took the top three slots in terms of the number of deals. The number of deals in the healthtech sector stood at 55 with over $195 Mn invested in the sector. By raising funds from Kstart, StanPlus will hope to continue its aggressive scale-up in the rapidly growing medical transportation industry in India.