As HDFC Bank Holds 52% Share Of The Indian Credit Cards Customer Base, The Decision Is Bound To Affect Indian Cryptocurrency Users 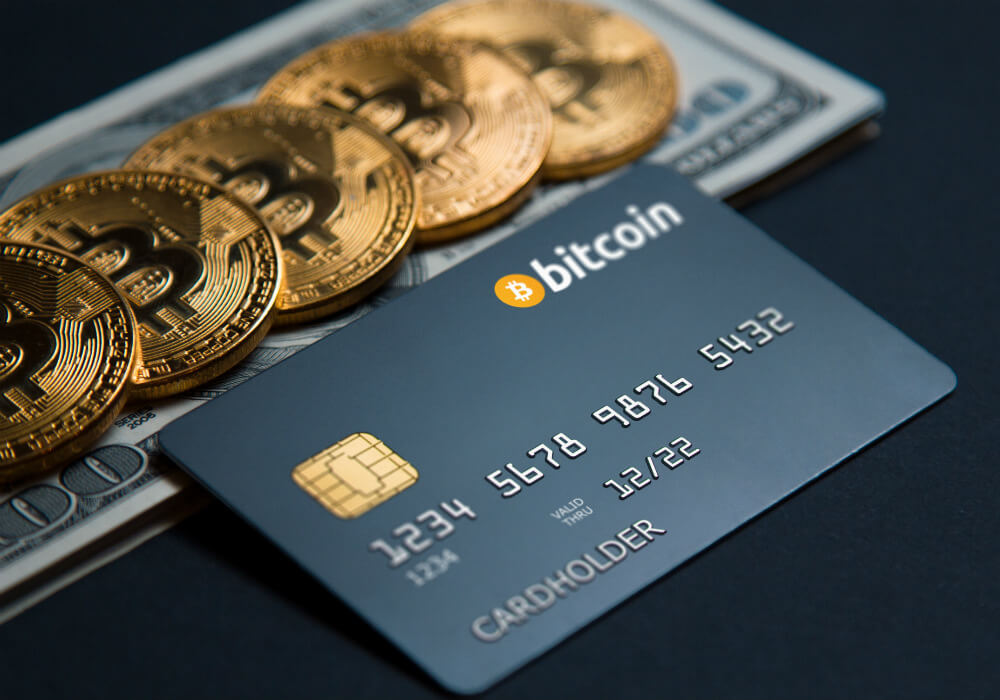 After SBI Bank issued a warning against using SBI credit cards for trading cryptocurrencies, one of the leading private banks of India, HDFC Bank has stated that its credit, debit and prepaid cards will not be permitted for the purchase/trade of Bitcoins, cryptocurrencies, and virtual currencies.

Worldwide, a number of banks including  Lloyds, Capital One, Bank Of America, Citibank and JP Morgan have already barred their customers from purchasing Bitcoin and other cryptocurrencies with their cards.

As HDFC bank holds 52% share of the Indian credit cards customer base, the decision is bound to affect Indian cryptocurrency users.

On December 28, last year, Inc42 had reported that cryptocurrency exchanges were facing transaction issues from their banks. The transactions were getting delayed by a day or more, particularly when words like cryptocurrency, Bitcoin or any such words were entered in the remarks space.

In a notification sent to all HDFC bank users, citing RBI warnings, the bank stated that to ensure its customer’s security, the bank has decided to not permit usage of HDFC Bank credit, debit and prepaid cards towards purchase or trading of such Bitcoins, cryptocurrencies and virtual currencies, on merchants suspected to be dealing in cryptocurrency or online foreign exchange trading or both. 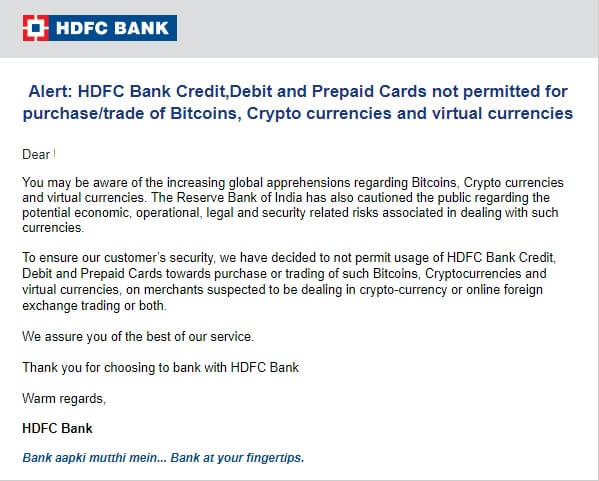 The development has come at a time when Indian public sector banks primarily Punjab National Bank are struggling to recover from the largest ever banking scam in the history of the country.

As part of counter-measures, RBI has announced to discontinue the practice of issuance of Letters of Undertaking (LoUs) and Letters of Comfort (LoCs) for trade credit for imports with immediate effect.

RBI has stated, “On a review of the extant guidelines, it has been decided to discontinue the practice of issuance of LoUs/ LoCs for Trade Credits for imports into India by AD Category –I banks with immediate effect.”

However, “Letters of Credit and Bank Guarantees for Trade Credits for imports into India may continue to be issued subject to compliance with the provisions contained in Department of Banking Regulation Master Circular No. DBR. No. Dir. BC.11/13.03.00/2015-16 dated July 1, 2015 on ‘Guarantees and Co-acceptances’, as amended from time to time,” it added.

Recently, while commenting on cryptocurrency, Bank of England (BoE) chief Mark Carney has averred that Bitcoin has pretty much failed as a currency by standard benchmarks and is neither a store of value nor a useful way to buy items.

The current decision of HDFC bank to ban the trading of cryptocurrencies using its credit, debit and prepaid Cards is being seen as a precautionary measure to further avoid any such scam.