Half-A-Billion On The Internet, But Nobody Saw It Coming: 3One4’s Pranav Pai On The Digital India Madness

Half-A-Billion On The Internet, But Nobody Saw It Coming: 3One4’s Pranav Pai On The Digital India Madness 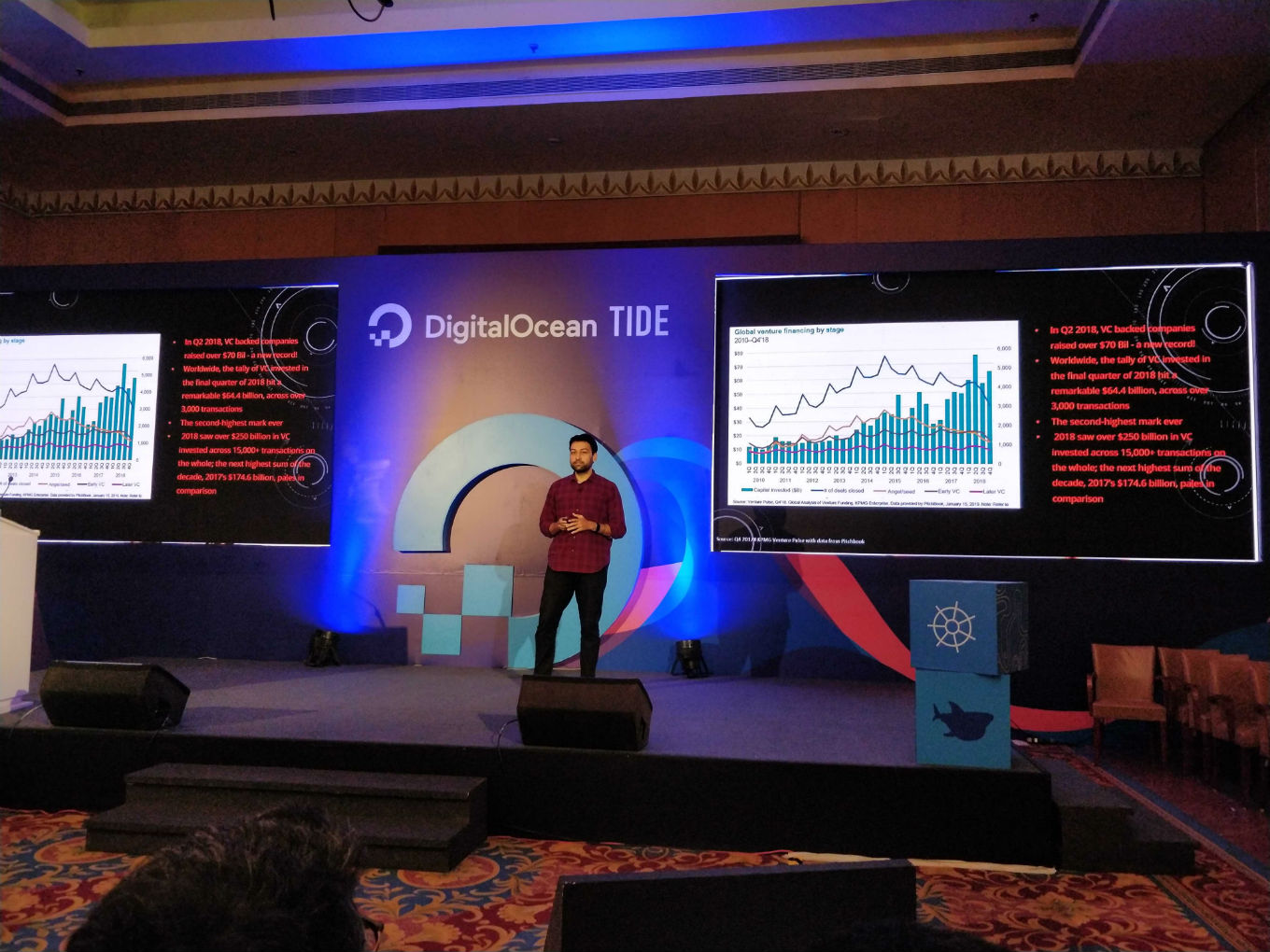 The UPI transaction has already crossed Mastercard in terms of volume per month, boasts Pai

Like the two sides of a coin, India’s key economic indicators have two drastically different stories to tell. While the joblessness and household consumer expenditure in India is currently the worst in the last four decades, the digital India developments reveal how ‘Bharat’ or Tier 3 India and beyond can play a role in future growth.

Digital India personifies the new India. From T-Series making it big on YouTube to the rise of the Indian app ecosystem, the digital game has tilted towards India. “This is madness. Nobody saw this coming… half a billion people on the internet from India. It’s something the world is just realising. This is an achievement of great magnitude!” exclaimed Pranav Pai, founding partner of 3One4 Capital.

Speaking at DigitalOcean TIDE conference in Mumbai, Pai recounted the achievements and potential of new India, called Bharat by many observers. He said, “From 2015 to 2019, the number of digital buyers from India has grown 300% from 90 Mn to 270 Mn. In 2014, we were consuming 86 MB cellular data as an average of per user per month. I don’t know how many people would have known it back then. You had Edge (2G), you had those Nokia smartphones where we used to download wallpapers. And, a better version of the Snake game.”

Pai added, “Look at what’s happening now. We are now consuming 11GB data per user per month, the highest per capita cellular data anywhere in the world. US citizens use 2.2 to 2.3 GB and China around 2.5 GB. Even the video consumption in India has gone up from 2 minutes per person per day in 2012 to 67 minutes now. So now we have so much more data. What are we doing with at night? We’re definitely watching a lot more than what we used to do five years ago. The economy has also been formalised.”

Pai went on to talk about the success of Aadhaar which has enabled a digital payments revolution in India with over $19.6 Bn in UPI transaction value. “That has crossed Mastercard transactions in terms of volumes every month. In the same period, Indians also opened over 350 Mn bank accounts,” he added.

Pai also spoke about the increasing use of wireless technologies for payments, which have removed the need for physical payment instruments for quick and seamless transactions. Using the example of Swedish enthusiasts who have installed RFID chips into their fingers to eliminate the need of cards, Pai said it’s just a matter of time before such technologies become available at scale and impact digital services in India.

Pai used another example of a genetic science project in China, which has drawn plenty of controversies, to talk about the potential for disruption. “We are not very far from the day when we would choose the eye colour, skin colour, nose etc of our upcoming babies. Chinese scientists are already working on the project. The efforts are also being made to make babies disease resistant. The only limitation is that how do we use it honestly to make our lives better,” Pai concluded.