GST: Glass Half Full Or Half Empty For Indian Startups?

GST: Glass Half Full Or Half Empty For Indian Startups? 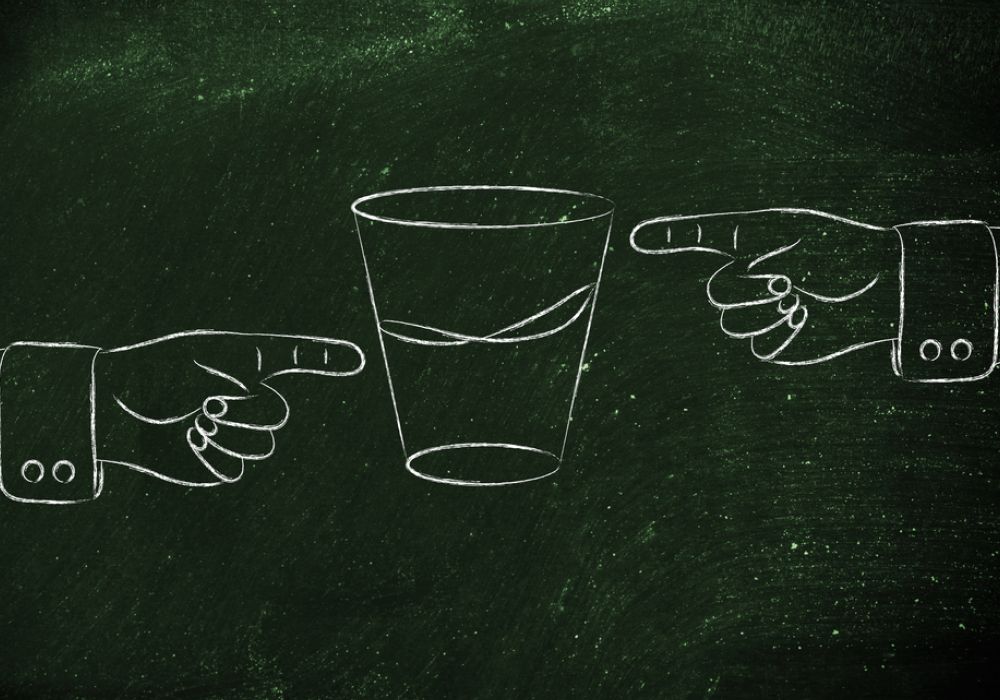 Australia has it. China has it. Even the Philippines have it. And now, so does India.

114 countries and the European Union have already implemented a central goods and services tax commonly known as the GST. And now, after a decade-long debate, in a historic development, the GST bill was passed in the Rajya Sabha yesterday making it a part of the Indian Constitution, specifically the 122nd Amendment.

The most important feature of the GST can be explained in a single sentence: One Country, One Tax.

Now, centre and state governments will have to work in tandem, negating the arbitrary nature of taxing carried out by individual states. In addition, 30-plus markets across states and sectors will all come under the same tax framework. The proposed amendment will also bring all the various kinds of taxes such as Central Excise Duty, Service Tax, VAT, Central Sales Tax, Customs Duty, Central Surcharge & Cess, Octroi, Luxury Tax, Entertainment Tax, Purchase Tax and a few indirect taxes. Venture Catalysts’ co-founder and President, Apoorv Ranjan Sharma said it best. “GST provides a huge breather to the startups in the sales and service industry as GST does not distinguish between sales and services.”

What It Means To Startups

As R Chandrashekhar, President, NASSCOM put it, “The passage of the amendment bill will unarguably usher in the most impactful tax reform this country has seen.” He was quick to point out the need for the bill to be ‘future-ready’ and cater to the needs of the emerging digital economy of India, i.e. startups.

And it is almost certain that the bill is a surefire game-changer for the startup ecosystem. Mainly because it exempts companies with a turnover of less than $14, 982 (INR 10 lakhs) from paying tax. The only wrinkle in an otherwise silver lining would be for businesses, including startups, operating out of the Northeast, as they are still going to be taxed for generating revenue more than $4,992 (INR 4 lakhs.)

The other key benefits include an easier compliance process which allows for quicker expansion and an inter-state trade of goods and services (decided by the centre) with the concerned state levying a 1% origin tax. Most of all, all filing can be done under one tax. 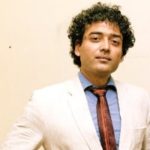 “In the short term, we will see some implementation challenges and cost rises – with the increase in effective tax rates from 15% to the 18-20%, the cost of personal finance products, such as processing charges for an auto loan or the premium for a car insurance, can go up,” said Bankbazaar.com’s CEO and co-founder Adhil Shetty. But long-term consolidation of all tax process will surely lead to increased profits and scalability.

Logistics, retail and automation become winners in the startup space that will benefit the most from GST. According to logistics service optimiser LogiNext’s co-founder and CEO Dhruvil Sanghvi, “We found that more than 10% of the ecommerce and retail startups’ time in trade and transportation was spent at state/city borders due to various tax checks and penalty payments/collections. After GST, this time and cost will be reduced and our optimisation algorithms will be able to suggest better routes for our users.” 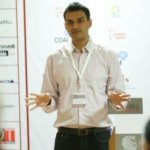 Warehousing emerges as another winner in the GST reform, as inter-state trade taxes will now be controlled by the centre and the state levies a 1% origin tax. “Warehouse planning and positioning will also become much better as there won’t be a need to have many small warehouses across the states. This will unify the warehousing loads and reduce overall cost and time in end-to-end supply chain,” said Sanghvi.

Other sectors such as real estate are also going to indirectly benefit from the strategic move. Jason Kothari, Housing.com CEO said, “The GST has been a long-standing request of the real estate sector that has been plagued by multiple layers of taxation. In the long term, real estate should benefit from a unified tax regime, a lesser tax burden on construction materials like cement, steel, etc. This, in turn, can lead to lower construction costs for developers, who can pass on the price benefit to home buyers.”

Manufacturing is another sector that is expected to do well under the new tax reform. As the final tax on all goods and services is expected to stay at 17-18%, the eventual consumer benefits the most. Intex Technologies’ Chairman and MD, Narendra Bansal lauds the move from a manufacturer’s viewpoint. Speaking to Inc42, he said, “Being a manufacturing entity, Intex Technologies stands to benefit from a uniform tax regime because this will boost operational efficiencies, increase cost savings and make products more competitive.”

The Not So Great Impact

While the startup community as a whole has come out in full support, ecommerce startups are going to struggle due to the vague definition and lack of clarity regarding aggregators versus operators. Operators do have to pay tax while aggregators need not. Pavan Sondur, CEO of Unbxd, a site search and personalisation platform for ecommerce sites offers this take, “GST is a relief for startups like us because it brings in much-needed clarity and ease of compliance. The bill in its present form, however, complicates things for ecommerce marketplaces, where the onus of sellers’ compliance and tax paid on inputs is now on them.” 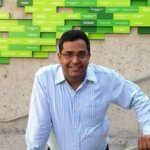 However, Paytm’s CEO Vijay Shekhar Sharma gave a positive spin to the bill saying, “Surprisingly, GST will also open new markets for online commerce because, today, due to complexities of entry tax and other processes, some states customers can not order everything from online shopping destinations.”

Recently-funded SHEROES Founder Sairee Chahal shares that while the GST will not directly affect the online job aggregator space, as it is more of a business service, she does agree that purchasing structures will definitely become simpler. “The tax structure in India is complex and ambiguous at the moment. The GST will bring in greater efficiency and transparency, which is also something to focus on, apart from increased profitability,” she added.

Then, there are startups who are on the losing end of the spectrum too. Online travel sites like Cleartrip, Yatra.com and MakeMyTrip, which come under the service industry purview, have enjoyed a flat 15% service tax across the board so far. With the GST bill coming into effect, this figure will see a significant increase, according to Simran Sial, FindMyStay’s co-founder. “Implementation of GST will make travelling and booking hotels more expensive for customers as it’s pegged to go up to 22 percent. However, from an overall economy perspective GST is a big boost as it eases doing business inter and infra states,” he stated.

Ashish Bhasin, Chairman and CEO of Dentsu Aegis Network, a digital marketing platform too raises concerns about the impact GST will have on the service industry as a whole. “The GST seems to be very manufacturing-focussed and I’m not sure if the simplification will happen for service industries.” He goes on to add that advertising agencies might be particularly affected as both state and centre will levy GST, increasing the burden of taxation.

On the other hand, Raghuraj Sundar Raju, CEO and Founder of HealthPlix, a healthcare app focussed on managing diabetes, has cautioned clarity during the implementation of the bill itself. The bill is expected to be enforced by April 2017. “There is a need for guidance in the beginning to incorporate GST. Since the premise of GST is to simplify taxation, the long-run cost of tax compliance and filings are significantly lowered,” he added. 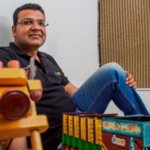 Used-car aggregator Droom’s founder and CEO Sandeep Agarwal brings up a unique concern with regard to implementing the reform. “I hope the government does not pass the burden of implementing GST, operating costs and technology build out to ecommerce companies who, to begin with, have scanty profit margins.” Ecommerce and FinTech startups would be the first in line to come up with new tech for the universal, centralised filing supported the bill.

The investors, those who fund startups and keep the ecosystem churning are pleased with what this means to the startup community. Indian Angel Network co-founder, Saurabh Srivastava has a less optimistic view when it comes to the IT sector as a whole. “Export competitiveness of the IT sector (and by extension tech startups) could be impacted by complex billing and invoicing requirements due to the place of supply and valuation, the reverse charge of GST on the import of services used as inputs for export and removal of exemptions for SEZs,” he said.

Alok Mittal, angel investor and CEO of Indifi Technologies concluded things with, “Great development from an economic standpoint. Also great that infrastructure for GST has already been designed and hence seamless implementation can follow.”

And finally, Dr. Sharma stressed on the importance of startups engaging the right professionals in order to ensure compliance with the provisions of the GST and ensure greater sales profitability.

The future definitely seems rosy for the 1.3 billion consumer market and the 19,000 startups which are currently operational in the largest democracy in the world. But the long-term effects of the GST and its impact on the ecosystem, still remain to be seen. Keep watching this space as we keep exploring the course of this long-awaited tax reform.