Ever wondered how a nation recognised for commodities like cotton, jute or spices and regarded an exotic land far removed from the global path of progress metamorphosed into a powerhouse of Software and Information Technology capabilities. So much so that today it is among the four most exciting startup ecosystems in the world, the other three being US, Europe and China.

Sharad Sharma, co-founder of iSPIRT, says that entrepreneurs in the Silicon Valley built products for the first billion people on the planet, India is poised to serve the next 6 billion! 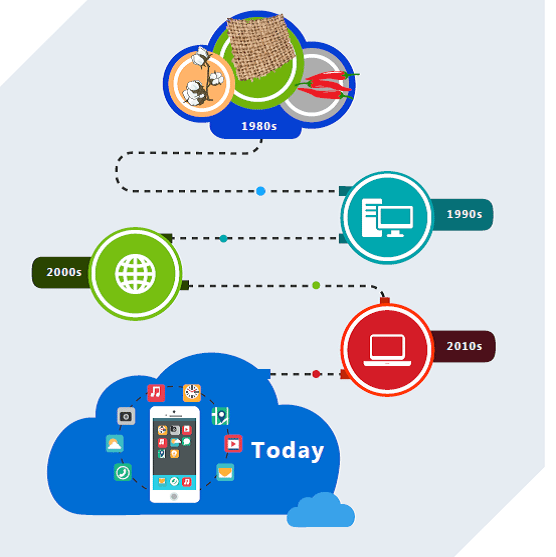 No wonder the size and nature of change of India’s image and relevance in today’s economy is indeed enviable. As per Ravi Gururaj, Chairman of NASSCOM Product Council, India has a unique opportunity to build products and solutions for the southern hemisphere of the world. But how did this sea change in its image come about? Who were the organisations and people and events responsible for it?

As one of the contributors to the startup ecosystem in India, Microsoft Accelerator, decided to take a bird’s eye view of the developments, and chronicle the history of the entire startup ecosystem. This 18-month long exercise which has taken the form on an eBook, involved perusing hundreds of documents, research papers, and newspaper articles and involved several man-hours of deliberations.

Says Ravi Narayan, Director Microsoft Accelerator, “We began by delineating major milestones in the last several years of the journey and understanding its impact.”

On analysis, they came up with four distinct phases of growth and maturity that we have traversed so far:

The result – an exhaustive infographic snapshot of this journey which is captured in detail in an ebook which was launched at the accelerator’s flagship event, Think Next 2016 on June 23 in Bangalore.

This ebook, titled ‘History of Indian Startup Ecosystem’ contains over 150 such events which shaped the thriving entrepreneurial world we live in today.