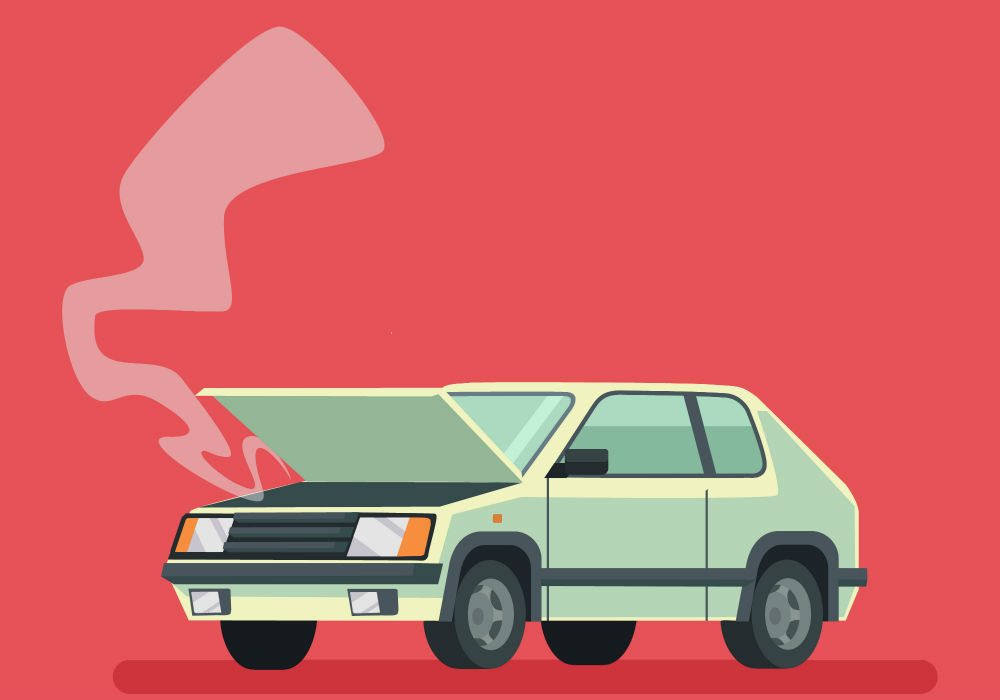 Letting go gracefully of things not meant for you is an art. An art that not many startups possess. Usually, in the startup world, layoffs and firings are surprises hurled at employees in the worst possible way. Take for instance the case of O2O platform Appie which was in the news last week for leaving its employees in the lurch after the business ran out of cash and the so-called publicised fundraise never came in. Employees were denied dues for three months!

Meanwhile, the founder just stopped coming to office, making things worse. As per media reports, he was busy amassing funds to settle their dues, but that settlement still has to happen. What made the whole tale sordid was the fact that the startup’s claimed funding had never materialised, so there was absolutely nothing for them to fall back on.

Contrast this news with another startup which was in the news last week for returning back more than half of the funding it had raised – as it decided to shut down after not being able to strike the right unit economics. The startup is Bengaluru-based GoZoomo (previously known as Zoomo), a marketplace for pre-owned cars. 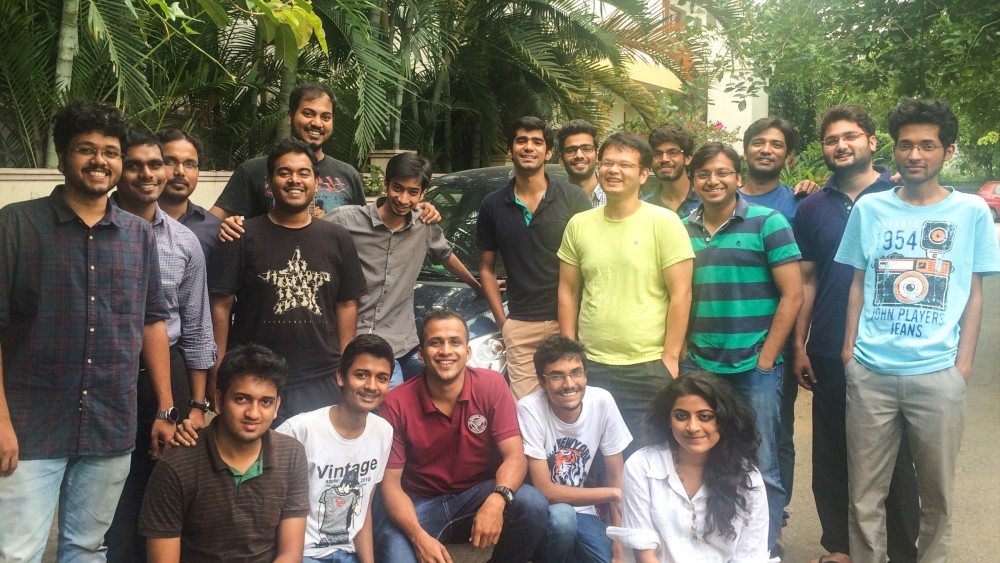 Founded in December 2014 by Arnav Kumar and Himangshu Hazarika (both IIT Kharagpur alumni), along with Aniket Behera (IIT Bombay), GoZoomo was a mobile-based peer-to-peer platform for user car transactions that helps the patrons to buy verified, pre-inspected cars directly from owners without paying any brokerage. It operated in Bengaluru, Mumbai, Delhi-NCR, Pune, and Chennai.

As reported by Tech In Asia, the two-year-old startup which had raised $6 Mn from Saif Partners, decided to return the remaining investor money (the exact amount is still unknown) after it failed to carve out a sustainable business model despite undertaking a couple of iterations in its journey. According to the report, all the employees are getting seven weeks of pay as severance and assistance with landing new jobs. The founders meanwhile have not yet thought of their next move.

No Neutral Pricing, A Lot Of Infighting?

When GoZoomo had raised their last round of funding of $5 Mn last July, their ambitions were high. At that time, Arnav, co-founder and CEO, had stated,

Cut back to August this year and he told the publication that even though the startup had 3,000+ users who bought vehicles from the platform at an average ticket size of $7,500,  in the absence of a pricing standard, which led to multiple revisions to the price between the seller and the buyer, the conversion rates were hit. From listing to the transaction, the conversion stood low at 20%, thus rendering the company’s business model unsustainable.

To its credit, the startup tried other ways of monetisation such as charging for inspections or other value-added services. But it being an end-to-end marketplace, success rested on the number of conversions which it was finding it hard to push beyond 20%. Additionally, in December last year, GoZoomo pivoted realising that monetising the business through post-sales services – such as charging for paper transfer, insurance, etc. wasn’t really going to take it any further.

Consequently, it had to lay off 150 people, mostly the call centre employees. As per the founders, they too were all given seven weeks’ severance pay and help with finding other jobs.

Despite the tweaking, reduction in cost and team size, the essential problem remained the same – lack of a pricing standard which made transactions a challenging affair.

Or wait, was there more?

As per our multiple sources, there was an intense tussle amongst the co-founders with Himangshu Hazarika, who was the CTO, leaving the company early this year. Apparently, the startup also explored the option of a merger/acquisition in the last few months but did not get any attractive offers. Consequently, the team thought it was best to not burn the remaining investor money in trying something new and decided to shut shop in the absence of a clear way ahead.

We tried reaching Himangshu on the same and he stated, “I left amicably. By end of March, I felt we could not solve the problem in India using technology. I was mentally and emotionally drained and hence left formally but continued in an advisory role.”

Arnav chose not to comment, saying, “We have already  shared our story in great detail, having answered questions around how we arrived at our decision, acquisition opportunities etc. We do not want to comment on any speculative takes.”

Solving The Problem Of Trust

The problem that GoZoomo wanted to solve was that of trust: non-standardised pricing, information asymmetry, and broken processes in the used car market. But it’s not alone in that. The market for pre-owned goods which is dominated by Olx and Quikr has started witnessing the rise of startups that are targeting a particular category. Tapping this market, apart from GoZoomo are players like Carwale, Mahindrafirstchoice, CarTrade,  Truebil, CarDekho, Spinny, and Droom.

The automobile market in India is pegged at $125 Bn. However, only 3% of it is currently online. The market is expected to reach $250 Bn by 2020 and online penetration is expected to hit 8% by then. Gurgaon-based online automobile marketplace, Droom, which has raised an undisclosed amount in its series B round of funding led by BEENEXT this June, is aiming to touch 50% of the online auto market by 2020.

Droom too understands the problem of trust in this space and to tackle this, it has recently launched an OrangeBookValue (OBV) destination website. This will allow users to measure the fair market value for any used automobile in less than 10 seconds with the help of basic parameters like make, model, year, trim and kilometres driven.

And others are taking a crack at it too. In June 2016, New Delhi-based online used car marketplaces, Hopcar, announced a merger with Gurgaon-based Spinny. Spinny had been working on incorporating a scientifically developed Pricing Engine and an algorithm-based Rating Engine in their processes to strengthen the tech-side of their business. The data-driven Spinny Star Price engine takes care of actual car condition found during the inspection. Spinny had developed it last September but released it only two months back having gained sufficient faith in results being produced after enormous training & iterations, and also after validation by customers and dealers. 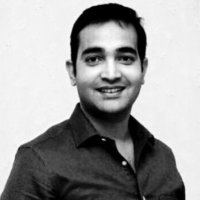 Niraj Singh, founder of Spinny adds, “Acknowledging the trust deficit in the used car market very well, we have focussed a lot on customer experience and trust building from day one. We have designed our processes and internal products taking this deficit into account. We have applied all our learnings from the past one year’s operating experience into the same. To do so, during the last one year we didn’t try to grow inorganically as our first priority was to understand and design such processes and products. This has started paying off now.”

While Niraj respects the decision of the GoZoomo team to return investor’s money when there is no clear path visible to them, he remains gung-ho in his view about the used car market. He adds,

We are growing at 12% month-on-month. During the last four months, on an average we grew 18% m/m in terms of sales volume and 35% in terms of revenue. What you need to do to crack the market is figure out an efficient and scalable model that removes pain points and customers acknowledge the value addition. We are getting closer and closer to that.

The same thoughts are echoed by Sandeep Aggarwal, Founder, and CEO, Droom who believes that the online automobile has great unit economics and someone who solves the trust, transparency  and pricing deficit will get rewarded big time. He further explains,

In my view, Gozoomo and many other new type of online automobile companies in India do not have any vision & strategy or platform approach and they all just want to become Beepi.com.  However I think India is not ready for next five-seven years  for a closed marketplace like Beepi due to lack of maturity in the market. Gozoomo changed its strategy several times and they did not know what they were doing.  There is great economics in used automobile business and it is a 98% gross margin business if done right.

He goes on to add that Droom has one of the best unit economics for any ecommerce company in India independent of category including horizontal or vertical. And no, he doesn’t approve of Gozoomo refunding the money to the investors, patting their own back and blaming the industry for lack of ecosystem and unit economics. 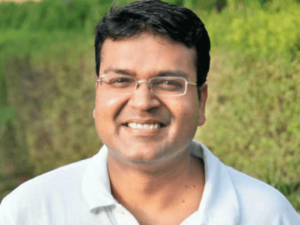 He reiterates, “There is great unit economics in the online automobile if you have the vision, strategy, tech platform and data science. Also, they failed on another count and that is not noticing the elephant in the room. Gozoomo claimed India does not have a pricing engine or standardization of pricing  for the used automobile but they chose to ignore that Droom built OrangeBookValue (OBV) in 30 months and it has already generated over 75 million pricing queries. The pricing has been validated using over 30K actual transactions worth $97 Mn( INR 650 Cr). OBV has already been adopted by tens of thousands of sellers, and it generates pricing for 25K vehicles and five categories (highest in the world) in under 10 seconds for free. So, I think it is high time founders should call a spade a spade versus using lame excuses for their lack of vision, strategy, use of technology and business acumen. In my view, a $10bn company can be created in this category in India.”

Whether or not there is unit economics in the space and how close will these startups get to breaking the trust barrier to enable the used car market to take off in a bigger way in India, remains to be seen. However, to GoZoomo’s credit, by deciding not to burn away VC money in the absence of a clear roadmap, at least it has upped the trust factor in startups amidst the current atmosphere of mistrust created by many of its contemporaries.

Resonating this very thought process, Noida-based video micro-blogging platform FranklyMe’s founder Nikunj Jain had also decided to return investor money when he announced the decision to shut down the platform in February this year. Nikunj had stated, “Investors will get a big chunk of their money back, we recognise the need to use money raised only towards something we believe in.”

This reverence of startups for VC money is a new precedent. People might or might not agree with it, but at least it’s an honest admission from a startup when it realises that it is the end of the road for it. While team GoZoomo may not have been able to crack the unit economics conundrum which their  rivals claim is very much possible, here’s hoping that they will remember the takeaway from this loss if and when they start their next venture.