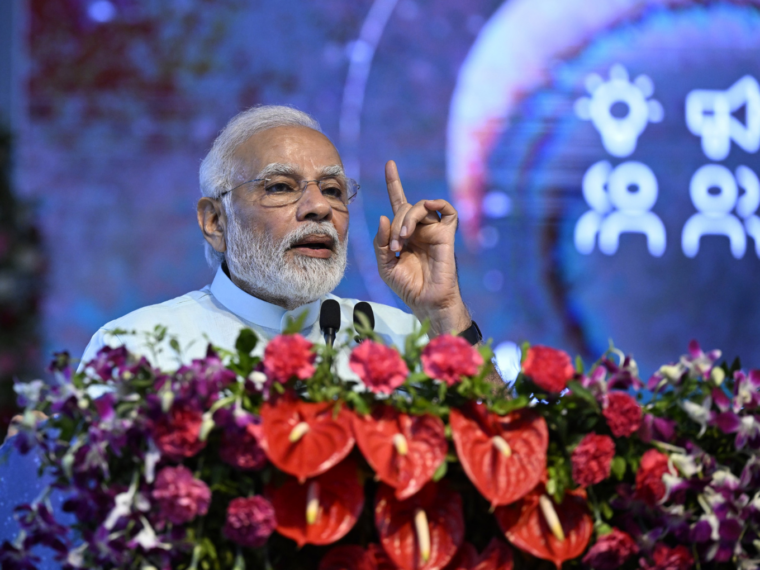 The private sector will not just remain a vendor but will play the role of a big winner in the space sector: PM Modi

Assuring more reforms in the spacetech sector, PM Modi called on the Indian entrepreneurs to increase their share in the global space industry

Prime Minister (PM) Narendra Modi on Friday (June 10) said that the government is working on a new space policy to enhance the ease of doing business in the spacetech sector.

“India is working on a new Indian space policy for coordinating between government companies, space industries, startups and institutions. We are soon going to bring a policy to improve ease of doing business in the space sector,”the prime minister said during his address at the inauguration ceremony of the headquarters of the Indian National Space Promotion and Authorisation Centre (IN-SPACe) in Ahmedabad.

The event was also attended by Home Minister Amit Shah, Gujarat Chief Minister Bhupendrabhai Patel and other representatives from the space industry.

Calling the country’s space programme as the biggest identity of the ‘AatmaNirbhar Bharat’ programme, Modi said that over 60 private players are operational in the country.

The prime minister also said that the government is looking to create ‘maximum Ease of Doing Business’ for private players in the country.

Modi said he sees a strong role for the country in the fields of space tourism and space diplomacy.

The event also saw the signing of memoranda of understanding between IN-SPACe and spacetech firms.

In-SPACe is an independent nodal agency under the Department of Space, which was approved by the Union Cabinet in June of 2020. It is an autonomous arm that promotes and regulates the space activities of both government and private entities.

The Centre is looking to introduce three policies as part of the Space Activity Bill in 2022. The Bill will likely introduce measures to ramp up sectoral participation between ISRO and homegrown spacetech startups, and also define the scope of foreign direct investments (FDI) in the sector.

Union Minister of State for Science and Technology Jitendra Singh in February said that the government is planning to allow FDI in the spactech sector soon. The government also allocated INR 13,700 Cr for the space sector in the Union Budget 2022 as part of its push to the sector.

According to an Inc42 report, more than 120 active spacetech startups are currently operating in the country. The same report estimates the Indian commercial spacetech market to grow to $77 Bn by 2030.

The space is populated by players such as Bellatrix, Dhruva Space, Pixxel, among others.