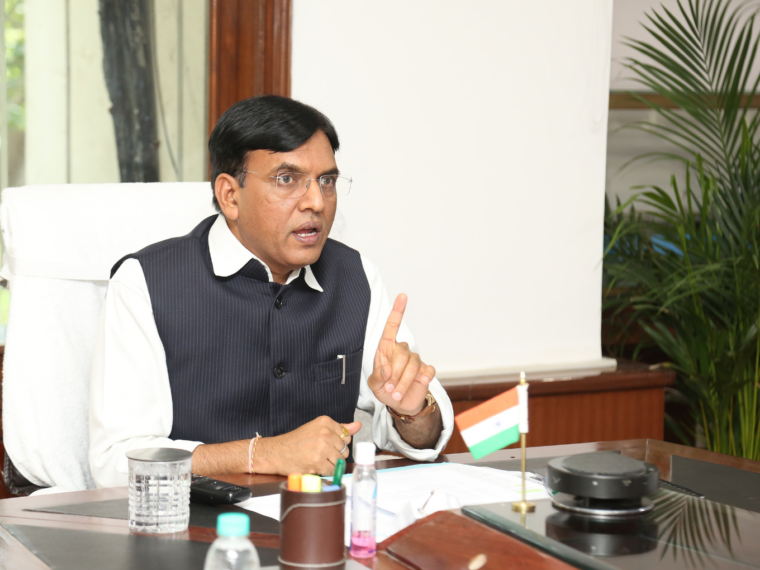 Mandaviya assured the delegation of taking the necessary steps to streamline the activities of epharmcacies and that no one will be allowed to violate the law and the rules: CAIT

A delegation of the Confederation of All India Traders (CAIT) on Thursday (June 2) met Union Health Minister Mansukh Mandaviya and apprised him of the issues related to online pharmacies.

In a statement, CAIT said that the minister assured the delegation of taking the necessary steps to streamline the activities of online pharmacies.

“The Union Government is fully alive with the distortions and gross disturbance made by online pharmacies in distribution and sale of medicines through their online portals and the matter is under active consideration and needy steps will be taken soon to streamline the activities and no one will be allowed to violate the law and the rules,” the statement cited Mandaviya as saying.

The CAIT delegation, which was led by its secretary general Praveen Khandelwal, also submitted a memorandum to Mandaviya.

CAIT accused epharmacies of causing substantial damage to the business of more than 1 Cr chemist shops. The trade body further said that online pharmacies in the country flout the Drug & Cosmetics Act, 1940 and its associated rules.

Khandelwal also accused epharmacies of evading responsibility in case of selling of spurious or fake drugs. He said such firms take shelter under section 79 of the Information Technology Act, 2000 which classifies these marketplaces as intermediaries.

“In a sector which is directly related to the health of people, it is unfathomable that an unlicensed operator, that too an intermediary, can be permitted to operate without any responsibility,” said Khandelwal

The CAIT delegation also sought changes in the draft proposals of 2018 to amend the Drugs and Cosmetics Rules, 1945 which would enable the operation of e-pharmacies in India. The proposal has not been notified yet.

CAIT said that only players with their own inventory and licence should be allowed to operate as pharmacies in the country.

The trade body has been up in arms against online pharmacies and previously also called on the government to take action against players such as Amazon, Flipkart, Reliance (which owns PharmEasy, Medlife and Netmeds). Earlier in May, CAIT alleged that online pharmacies are misusing ‘loopholes in the law to sell drugs without prescription and dispensing drugs without a registered pharmacist’.

In April, the trade body wrote to Mandaviya and Union Minister Piyush Goyal, demanding a ban on online pharmacies in the country.

PharmEasy, Tata-backed 1MG, Netmeds, Amazon Pharmacy, Medlife, are among the major players in the segment.