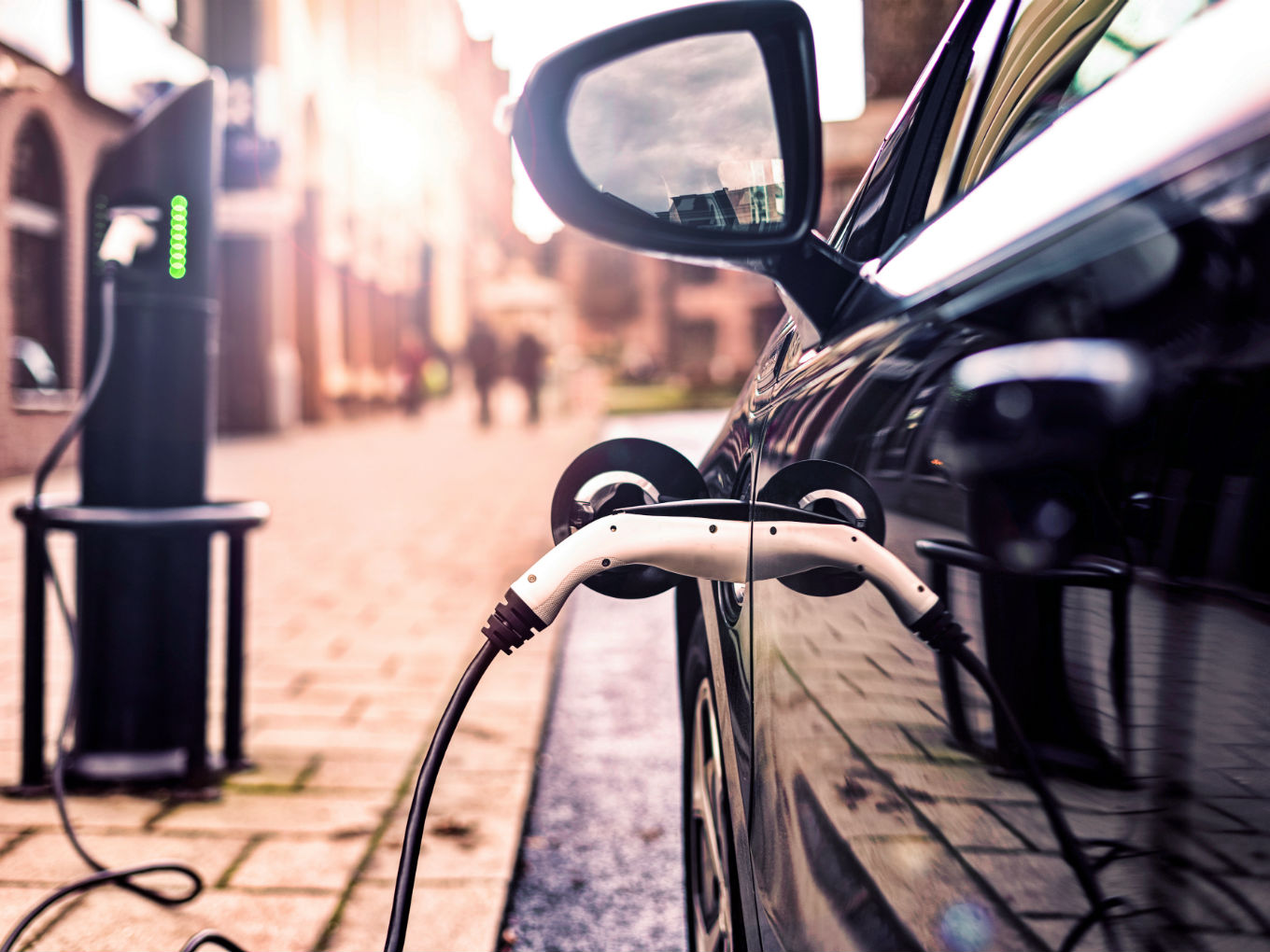 In a bid to encourage the automobile manufacturers to produce electric vehicles within India, the central government is planning for raising customs duty on import of electric vehicle parts and batteries in a phased manner.

This development comes in as a part of the phased manufacturing programme (PMP). According to the notification, from April 2020, the customs duty on parts of electric passenger vehicles to be assembled in the country will be increased to 15% from the current 10 %. A 10% increase on imported Lithium-ion cells will be levied by April 2021.

The notification issued by the Department of Heavy Industries also proposed doubling the basic customs duty on completely built units of electric buses and trucks to 50% from April 2020 from the current 25%.

According to the notification, the central government plans to increase basic import duty on lithium ion cells to 10% from April 2021 from the current 5%. Battery packs used in the manufacturing of electric vehicles will also be increased to 15%.

Currently, no customs are levied on import of parts such as AC or DC charger, motor and motor controller, and power control unit. However, 15% of import duties on these parts needed to manufacture electric vehicle will be levied from 2021. 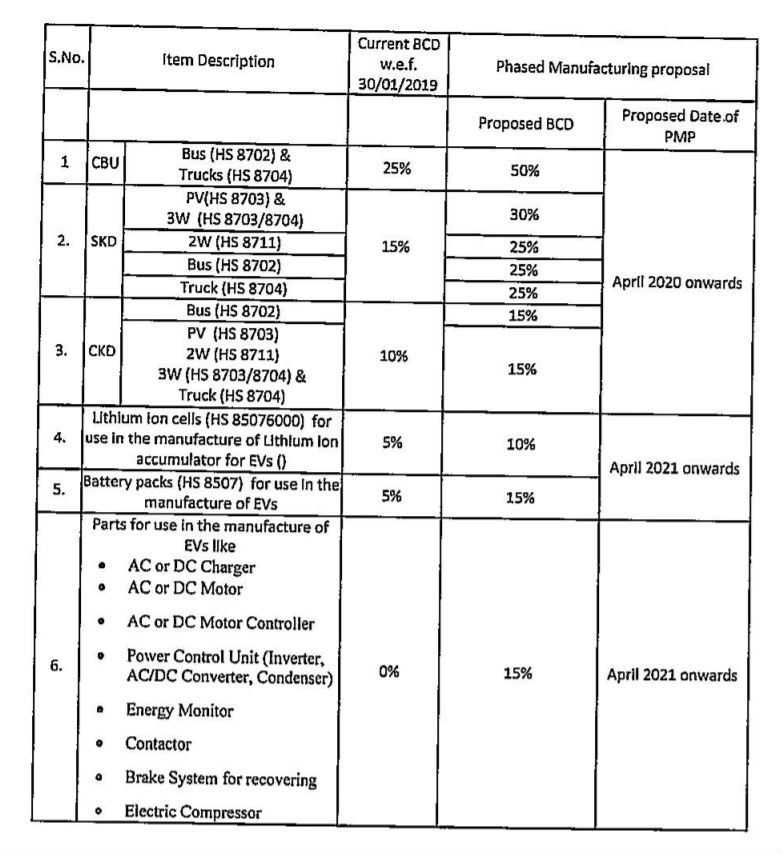 Last week, the government had formed the National Mission on Transformative Mobility and Battery Storage with an aim to finalise the framework for a Phased Manufacturing Program (PMP). NITI Aayog CEO  Amitabh Kant has been given a charge to lead the mission.

In a bid to encourage electric vehicle adaption and achieve its goal to make India lead the emobility revolution, the government also approved the second phase of Faster Adoption and Manufacturing of Electric Vehicles in India  (FAME II), with an outlay of INR 10,000 Cr ($1.4 Bn) to be invested over a period of three years.

The scheme proposes to support about 10 lakh two-wheelers, 5 lakh three-wheelers, 55K four-wheelers, and 7K buses, that has lithium-ion batteries or newer technology batteries fitted on it.

As a part of FAME II scheme, the government has also proposed setting up of 2,700 charging stations, with the availability of at least one charging station in a grid of 3 kmx3 km

At this point in time, the central government is coming out with unclear initiatives which may cause a state of confusion among the electric vehicle players.

The notification proposing increasing the customs duty comes in just two months after a notification by the Central Board of Indirect Taxes and Customs said that the customs duty on electric vehicle components which are imported in a knocked-down or semi knocked down state, have been reduced to 10%-15%.

This move was aimed at encouraging global automobile companies to assemble electric vehicles in India.

While the government approved the FAME II scheme, it suspended its INR 7,500 Cr worth “Feebate” plan which involved increasing the taxes on polluting vehicles and using the extra amount for giving subsidies to electric vehicles.